In Nigeria, local pioneers and brands are driving an extended reality revolution 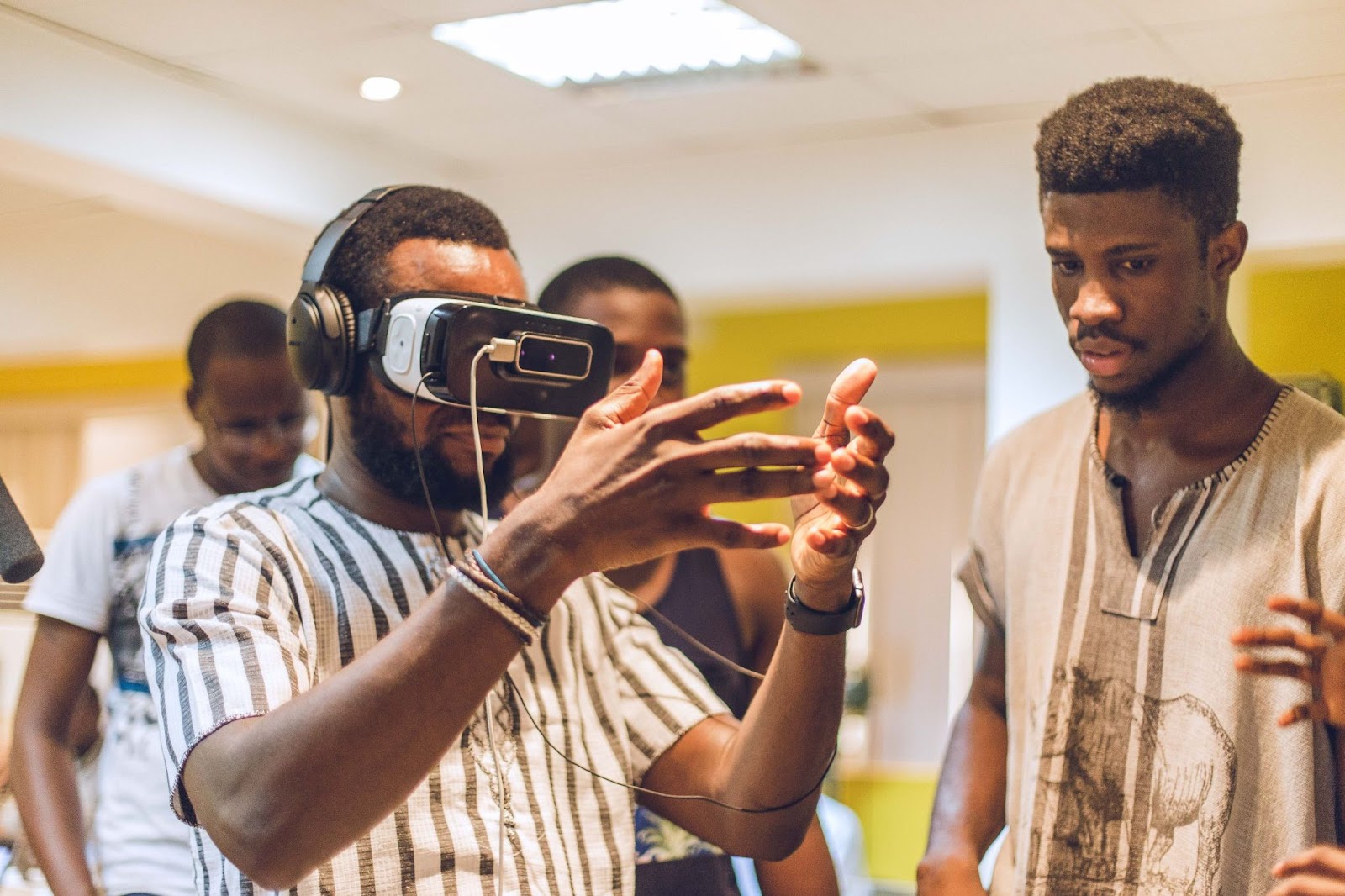 As COVID-19 cases surged, national lockdowns got stricter, businesses cratered, and more people pivoted to online shopping in 2020, Taeillo, like many other digital-first businesses, thrived. But the Nigerian furniture company’s successes amid the pandemic wasn’t just an offshoot of a general boom in e-commerce activity. After all, buying furniture is one activity most prefer to do in person. Rather, Taeillo found a way to create an online shopping experience that felt close to stepping into a store, using augmented reality (AR) views.

On its website, potential customers could check out a piece of furniture and fit it in their desired space before making a purchase, all from home. “Technology shaped our approach to a lot of things, especially during the lockdown,” Jumoke Dada, who founded Taeillo in 2018, told me in an interview. “Adopting AR was not an option, it was a necessity.”

Augmented reality allows users to connect virtual elements to their physical environments. It is a type of extended reality (XR), the umbrella term for immersive reality technologies. Virtual reality (VR), another tech in the group, simulates natural environments using remote systems, controllers, and head-mounted headsets. Taeillo also set up digital showrooms at its office where customers can, via VR headsets, see and interact with furniture pieces available. “With these, we improved in-store experiences and eliminated the need for multiple physical showrooms,” Jumoke said.

About six years ago, not so many Nigerians knew of XR—although most social media users likely engaged with AR, albeit unknowingly, through filters on apps like Snapchat. Immersive gaming has also been offered in malls across the country for around ₦2,000 (less than $4), over the past few years. Taeillo’s use of XR, however, echoes how its application in Nigeria has gone beyond just gaming and social filters.

Derrick Ikenga, the company’s ex-CTO who led its XR deployment efforts, belongs to a class of local pioneers that have emerged in Nigeria since immersive technologies gained global attention nearly a decade ago. In the past few years, their efforts have contributed to a shift in how XR is used, from majorly consumption-based to creation-oriented.

An XR wave arguably kicked off in Nigeria with mini showcases before the country saw its first-ever AR/VR hackathon in 2016. The event, organised by Imisi 3D, an XR creation lab founded by Judith Okonkwo in the same year, amplified interest in the technologies. At the time, major Western tech companies were taking strong positions in the new wave of consumer-facing tech. Between 2014 and 2016, Google, Samsung, HTC, and Facebook all unveiled VR products.

With psychology degrees from Ibadan and Westminster, Okonkwo is passionate about using immersive technologies, particularly low-cost virtual reality, for education. Since 2017, her company has run several education-focused VR projects in Nigeria such as a pilot programme with the United Nations Children’s Fund, in which the technology was used to teach maths to secondary school students in Lagos. StanLab, another XR startup, offers a 3D virtual laboratory app that lets students practise science experiments hands-on—a low-cost alternative to physical labs in resource-constrained schools.

“Education stands to be one of the biggest winners in a VR boom,” Okonkwo said, adding that because “it (XR) brings distant innovations closer to people that may not ordinarily have access to them, it could be a real game changer”. This is even more true in a country that accounts for the most number of out-of-school children globally. And, even when there’s access to schools, the system is ridden with poorly equipped classrooms, few high-quality teachers, and terrible infrastructure.

Outside education, Imisi 3D has worked on award-winning 360 films (Daughters of Chibok and Lagos at Large) and hosts XR training and hackathons across the country, through which it’s helped grow a community of XR creators and developers. Arome Ibrahim, the co-founder of Nigerian XR experience startup Experis Immersive, is one such developer. His journey into the space was inspired by a 2018 community meet-up organised to launch the opening of one of Imisi 3D’s seven AR/VR Africa Minilabs.

“I experienced virtual reality on the Oculus Go VR headset for the first time,” Ibrahim recalled in a conversation. His company now deploys virtual experiences in the real estate, education, arts, and culture sectors, and through non-profit Immersive Tech Africa, supports and mentors XR creatives.

But in a country where over half of the population live below the poverty line, a concept like XR may be seen as peripheral. However, as Imisi 3D and its counterparts show, low-cost VR can be leveraged to tackle pressing challenges. “In healthcare, companies could harness virtual worlds to train surgeons, provide new mental health therapies, and treat visual deficiencies,” Okonkwo added.

Extended reality has also given local content creators the power to redefine how stories about the country are told. Last year, Art Tech District unveiled the all-digital Discovery Museum in Nigeria’s capital city Abuja, where XR technologies are used to preserve and showcase the country’s history and culture in digital format. It is the perfect blend of the physical museum experience and XR, offering a glimpse into how storytelling, through technology and art, can become more immersive and allow others to experience Africa in new ways.

“It’s the Nigerian history, culture, and arts in a way that’s different, engaging, and intriguing,” said Francis, an Abuja resident who visited the museum recently. “From watching a virtual documentary on IDP camps to viewing our history from different periods, the experience somewhat gave me a hopeful outlook on Nigeria.”

Still, in terms of local involvement and widespread usage, extended reality remains a far-fetched technology to most Nigerians. VR headsets aren’t even available for sale in the country as none of the big tech companies sell their XR equipment in Nigeria. And compared to other parts of the world, funding for XR in Africa is negligible; most financing options available to players are grants from multilateral organisations like the UN and global tech giants like Meta.

US-based XR startup Magic Leap and Hong Kong-headquartered SenseTime have raised $3.5 billion and $2.6 billion respectively in VC funding so far. Combined, those figures exceed the $4-5 billion African startups secured in venture investments in 2021, a record year for the ecosystem. Per Crunchbase data, 2021 was the second-best year ever for VR/AR investment with nearly $3.9 billion invested in startups—trailing only 2018, which saw nearly $4.4 billion.

“Billions of dollars may be going into the XR space globally, but Africa is not getting any of these,” Okonkwo said. “Not up to $2 million has flowed here and this [lack of unrestricted funding] is a particular challenge for developers, especially those focused on impact.”

The future of XR technologies, globally, is bright by estimates. The market size is projected to grow from $25 billion in 2019 to $346 billion by 2026 as more investments pour into metaverse projects and XR startups. How much funding African players can attract will determine the continent’s place in the global XR landscape in the next decade.

Even with the drawbacks, the increasing proliferation of startups and enthusiasts, and adoption by commercial brands are gradually shaping Nigeria as the next frontier for XR while ensuring Africa is a part of conversations about these technologies. “Based on ongoing trends, we won’t be just spectators,” Ikenga said. “With the increasing use of XR here [in Nigeria], adoption will reach a tipping point soon.”