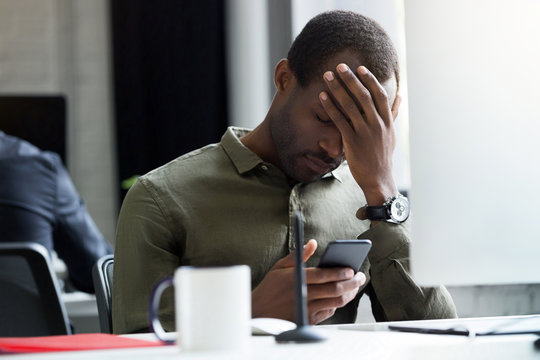 On Saturday the 5th of June, Wunmi*, a digital marketer lost a gig worth ₦600,000 ($1,200). The marketing campaign was to start the next day but she got a call from the client telling her they couldn’t proceed anymore due to ‘orders from above.’ She was dumbfounded.

When Peju, owner of Abebi Organics, describes the day the ban was enforced, she recounts how the jokes kept coming until one by one people found that they could not tweet anymore.

It’s been more than two weeks since and the effects of the ban have been anything but humorous  for businesses like hers who built their customer base on Twitter.

The ban happened a day after the Nigerian government announced an indefinite Twitter suspension. The minister of information had stated that the reason for banning Twitter was because the social media platform has “consistently made its platform available to those who are threatening Nigeria’s corporate existence.”

While still mourning the loss of the first job, Wunmi lost another one for the same reason.

The effect on businesses

For many Nigerians, this ban has affected how they stay informed, build relationships and get opportunities. Businesses on the other hand have experienced a decline in engagements and sales.

In the case of Nifries, an online food delivery service that relies on Twitter to reach its audience, its customers aren’t responding as they used to.

Feranmi Ajetomobi, the founder of Nifries, explained that the Twitter ban has affected anon (short for anonymous) sales which drive about 20% of sales at Nifries. Anon sales happen when people surprise strangers or friends by buying goods for them without revealing their identity.

“We’ve realised that when we reach out to a few people and there’s no response, It’s either because they’ve taken a break or the Twitter ban has affected them. How we know it’s the ban is because when these people we reach out to come online, they attribute their absence to the fact that using VPN is confusing,” he said.

For Habib who runs Smiley Socks, a clothing company that also thrives on the ‘anon sales’ phenomenon, sales via Twitter have been affected. He’s also noticed that engagements with tweets have reduced.

This has made him turn to other channels. He’s had to pay more attention to his Instagram page and work on his SEO for his e-commerce website to maximise conversations.

He’s also started experimenting with TikTok and so far, the results have been astounding. One day after he opened a new TikTok page, it already had 100 followers. The few videos he’s posted already have at least 500 views, with the highest being one with over 4,000 views.

“It’s crazy when you think about the fact that it’s a new page and we are not following anyone. Despite the engagement, there’s a bigger question of how we’ll convert these numbers into sales.  For now, we’ll just do more influencer marketing and affiliate marketing as we figure out what works,” said Habib.

Wunmi* who has lost two deals worth over $2,500 is now considering focusing on unexplored channels like IG Reels and TikTok.

“For clients that do not mind me using VPN, I go ahead and use Twitter. Unfortunately, those clients are very few. No one wants to offend President Buhari at this time for fear of being blacklisted by the government or worse, getting forcefully shut down. Clients think of many negative scenarios of how the government can strike back, they sometimes seem hilarious, but can you blame them?” she said.

Charles Isidi, a growth marketer and digital consultant, agrees with the need to pivot to other digital marketing channels but has a word of caution. He has experienced the effect of the decline first-hand on his personal account. With followership of about 17,000, his monthly impressions have gone from as high as 3.8  million, to under 500,000.

He says the ban will affect advertising spend and results across other digital marketing channels because Nigerian Twitter users who are using VPNs will also have their locations skewed across every other app.

“If your most valuable audience is in another country that you do not know, then how can you reach them?” he said.

He also raised the question of whether people know how to use VPNs safely.

“Quite a lot of people use free VPNs. In the next six months, we might start experiencing a lot of theft. We’ll have to be looking at how much we’ve lost due to cybercrimes.”

Compared to other advertising channels, Twitter is a cheaper and less stressful channel.

He’s been trying to run a billboard campaign for the past 3 months and has been stuck waiting for Lagos’ paid advertising approval. For digital adverts, in less than an hour, the advert is approved and has started delivering value for the business.

“Unlike other social media platforms, take Facebook as an example. A typical page with 10,000 followers reaches 3% of your audience with a post. Meanwhile, on Twitter, an organic post can be retweeted. In terms of shareability and virality, there’s a reason why people love Twitter. I can say something and even if I have just 100 followers, 3 million people can see that tweet.”

That’s difficult on Instagram where you have to make the explore page or use a hashtag that people love to get a similar kind of result.

How much is being lost

“If we put the average transaction value per customer at $3 dollars per month, that’s an average of $3,000 – $9,000 dollars lost due to the ban. Let’s put it across all the businesses in that range and you see that the number is massive.”

With the Twitter ban, Nigerian businesses that have previously relied on the massive reach of the platform now face an avalanche of losses if the decision is not reversed soon.

And if we were to be a little hopeful and imagine a world where the ban is lifted, how much irreversible damage has been done to the potential audience reach these businesses used to have? We’ll find out soon enough.

*Name changed to protect their identity.