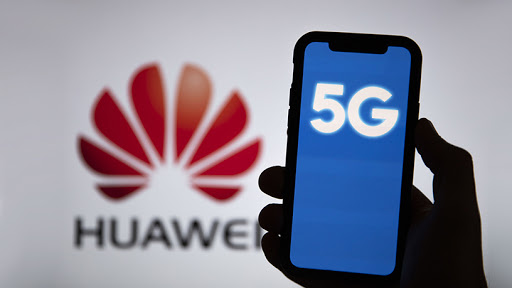 France’s major telecoms operator, Orange, will work with Huawei to roll out 5G in Africa, the company’s chief executive, Stephane Richard, has said.

Orange is the largest mobile network operator in France and has operations in 18 African countries with more than 120 million customers. The company also recently launched its pan-West African network, which is run and maintained from Dakar in Senegal and connects a further seven countries across the sub-region.

It has been difficult for the company to deploy Huawei’s equipment in Europe thanks to the United States’ crackdown on the Chinese telecommunications giant.

The White House, especially under former president Donald Trump, has alleged that Huawei’s equipment could be used by the Chinese government for spying. Huawei has denied the allegations and refuted claims of it being a risk to national security.

European governments, most of whom are allies of Washington, have become stricter with Chinese companies developing 5G networks in the face of pressure from the U.S.

Orange is now working with suppliers such as Ericsson and Nokia in developing 5G across Europe, instead of the Chinese firm.

“It’s not only the pressure from the government – we are European citizens and share the concern. We can’t ignore the fact that the big Chinese players are close to the Chinese state,” Richard was quoted as saying by Reuters.

There is a 5G revolution going on in Africa as well. As of February, at least 24 network operators in 18 African countries were testing or rolling out the new network. Of those operators, eight had deployed 5G into pre-commercial or commercial networks, according to the Global mobile Suppliers Association (GSA).

Orange is one of the operators developing 5G in Africa and it sees no problem patronising Huawei on the continent. “We’re working more and more with Chinese vendors in Africa, not because we like China, but we have an excellent business relationship with Huawei,” the CEO said “They’ve invested in Africa while the European vendors have been hesitating.”

While some European countries have banned Chinese vendors – such as Huawei and ZTE – and others encouraged their telecom operators to work with alternative suppliers, African governments have continued to trust Huawei and China.

The Chinese company may have lost some market share to competitors such as Ericsson and Nokia in Europe but its influence in Africa has only grown.

Huawei already controls a large market share as a supplier of equipment to many telecoms operators on the continent and some analysts believe the quality of its equipment makes it hard to abandon.

This week, an agreement between the company and the African Telecommunications Union (ATU) was announced. It will see Huawei provide a variety of skills training for ATU members as well as support local innovation and address challenges in Africa’s telecoms industry.

Senegal also recently became the latest African country to move its government data to a centre built by the Chinese telecoms giant. In addition to these, Huawei is reportedly working on 25 projects across the region presently.

Africa has been resistant to Huawei’s blacklisting by the U.S. and the company continues to widen its reach on the continent.