The Next Wave: How will CBDCs work in Africa? 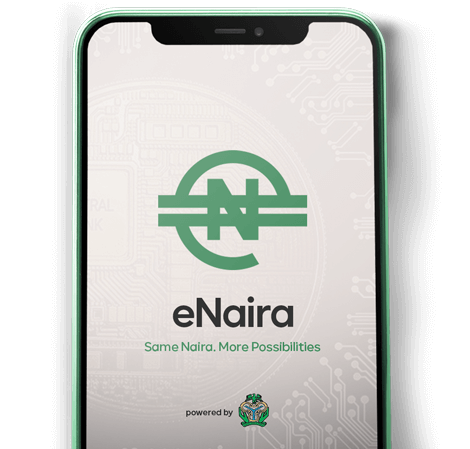 Next Wave: How will CBDCs work in Africa?

The currencies of African countries are the most volatile in the world.

It is no wonder Africans are settling for foreign currencies to store up value and buy and sell internationally. They’ve also turned to cryptocurrencies, thereby making Africa one of the fastest adopters of crypto in the world.

At some point, Zimbabwe, a poster child for hyperinflation, stopped using its national currency, the Zimbabwean dollar, and adopted the US dollar. In recent times, Nigeria’s naira has been weakened by low non-oil exports and high inflation.

Frequent exchange-rate devaluation means that Nigerians are hungry for alternative stores of value, and demands for dollars continue to outstrip supply. In response, Nigerian banks impose withdrawal limits on their customers using foreign currency after the Naira. The Kenyan shilling has had its longest losing streak this year and, despite the country’s central bank’s efforts, continues to weaken. The Kenyan government has mopped up over 400 billion shillings through term-auction deposits this year alone.

Federal governments have responded to this thirst or hunger, whatever you call it – with central bank-issued central bank digital currencies (CBDCs).

Earlier last week, the site for Nigeria’s CBDC, the eNaira, went live and the whole of Africa was excited at the launch of the very-much-anticipated Africa’s first CBDC. The launch, scheduled for October 1, to coincide with the country’s Independence Day celebration, sparked public discussion around digital currency. And raised a lot of questions – questions central banks around the world trying to explore CBDC have to answer. Like many promises by Nigeria’s federal government, the scheduled launch failed to materialise.

In this edition of Next Wave, we’ll take a closer look at the promise of CBDCs and the challenges they must overcome to be a game-changer for payments in Africa.

Create a FREE online store that allows you to sell to anyone, anywhere in the world right away.

No technical knowledge required, just set up your Flutterwave Store with a few clicks and start selling. Click here to get started immediately.

The digital revolution is transforming currencies and finance and global governmental agencies do not want to be left out. The fear of missing out (FOMO) has led to the creation of CBDCs. A CBDC uses technology to create a digital format of a country’s or region’s currency.

Over 86 percent of countries in the world are actively researching potential opportunities that CBCDs provide for their economies. In Africa, it is in development in Nigeria and South Africa; and countries like Ghana, Tunisia, Rwanda, Morocco, Egypt and Kenya are exploring the technology’s feasibility. Lengthy traditional bank processes, exorbitant bank charges and lack of trust in traditional banks make financial inclusion one of the major selling points of Nigeria’s eNaira.

Nigeria’s central bank listed accelerated financial inclusion; increased cross-border trade; encouragement of cheaper and faster remittance inflows and improved tax collection; and ease in social interventions as some of the advantages of the eNaira. The US also sees central bank digital currencies as an opportunity to bank in its seven million unbanked population.

Instead of bank accounts, central banks will provide citizens with speed wallets. This promises to give central banks more control over the financial system. With accurate knowledge of the flow of money in the country, they can better target individual sectors of the economy which need to borrow money at lower interest rates. China is already using this tiered interest system with the digital yuan.

CBDCs also provide governments with the opportunity to send stimulus packages much faster to citizens through the speed wallet on their phones. This can help prevent a repeat of the irregularities that marred Kenya’s pandemic cash transfer programme.

The problem with CBDCs

We have to acknowledge the questions raised and problems CBDCs will face before – or if – it attains mass adoption.

Privately issued digital tokens are increasingly being used for domestic and international transactions – unregulated by central banks. One major reason is that digital tokens provide an easier way to do business for merchants and customers, especially globally.

And that brings us to interoperability. If every African country is building its own CBDC, it will have to ensure it does not add artificial barriers to economic activities between different countries.

A great effort to solve this challenge is the Dunbar Project, which brings together central banks across South Africa, Australia, Singapore and Malaysia who are creating CBDCs to design platforms for cross-border transfer between each other. This is supposed to eliminate the need for intermediaries and reduce the time and cost of transactions.

A major threat to CBDCs are stablecoins. Stablecoins such as the Tether (USDT), Binance USD (BUSD) and USD Coin (USDC) are a form of cryptocurrency pegged to a real-world asset, such as a fiat currency like the US dollar or a commodity like gold.

A country like the US may not bother about the value of its currency when assessing the threat of stablecoins, but African countries must. A statement from the US Federal Reserve chair, Jerome Powell, explains this point: “You wouldn’t need stablecoin [or] cryptocurrencies if you had a digital US currency,” he said.

This means that the value of the US dollar is enough to eliminate the use case for crypto coins. The only drawback is that people might want some privacy in privately-issued stablecoins of the same value. But, we do not have that flex. African countries’ weak currencies, converted into digital currency, don’t stand a chance against a dollar-backed stablecoin.

Next on the Grit & Growth podcast, meet Caroline Wanjiku of Daproim and learn how one intrepid Kenyan entrepreneur overcame adversity to transform her bootstrapped social enterprise into a strategic acquisition. Listen Here.