The Next Wave: Is Decentralised Finance the key to Africa’s economic liberation? 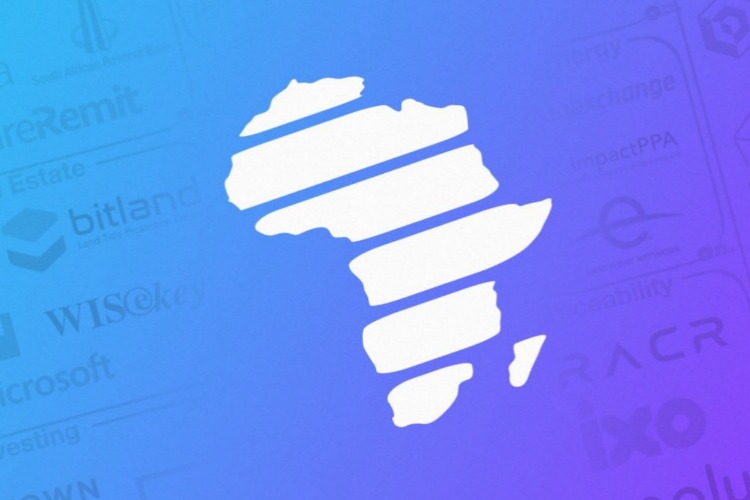 Decentralised Finance (DeFi) doesn’t only take power away from traditional governmental institutions and corporations, it also may provide an opportunity for underrepresented groups to break away from the restrictions placed on them by the world’s traditional trade and power systems.

The term, DeFi, was coined in a Telegram group by a community of software developers and entrepreneurs who sought a name for a new financial system that would be automated, outstrip traditional banks, and place a premium on individualism as against institutions by using a blockchain. A blockchain is a public ledger that allows financial transactions to be carried out without third parties such as banks, government institutions and business corporations.

Although Bitcoin allows for sending payments around the world in a decentralised manner, Ethereum is the default blockchain for all top DeFi protocols. This is because it demonstrates the full potential of DeFi to, at some point, change how we do business by providing important services such as lending, borrowing, trading and funding.

Create a FREE online store that allows you to sell to anyone, anywhere in the world right away. No technical knowledge required, just set up your Flutterwave Store with a few clicks and start selling. Click here to get started immediately

And yes, as the name connotes, a major principle of DeFi, is how it decentralises. In DeFi, decision-making and governance—from the fees DeFi charges users to the products they offer—are undertaken independent of any third parties or bottlenecks. The difference between DeFi and the traditional finance system can be analogised to the difference between direct and representative democracy. Although, in predominantly black countries, DeFi is a way young people assemble wealth independently of political and economic bottlenecks that leave a majority of their country’s people poor.

DeFi may be built on a single person or small group driving usage at inception, but it grows on communities that use it. Such communities are called decentralised autonomous organisations (DAOs). They are peer-to-peer (P2P) crypto-trading groups springing up on close-messaging social media platforms—WhatsApp or Telegram.

In this edition of Next Wave, we’ll look at DeFi’s role as an economic liberator in Africa’s future.

The future of work is earning right from the comfort of your home. Join thousands of freelancers on kula.work to earn, learn and improve your skills and be part of a thriving community of like minds.

DeFi is attractive to black people

American musician, Kanye West, believes that decentralised finance like Bitcoin can create the next frontier that supersedes the current political powers that “are still anchoring on the electoral college, which was based around slavery”.

According to a US Federal Reserve report in 2019,  the median white family’s wealth—reflecting not just assets minus debt but also the ability to weather a financial setback—sat around $188,200. That’s about eight times the median wealth of black families. Other estimates paint an even bleaker future. If trends continue, the median black household will have zero wealth by 2053.

Black people are quite certain that DeFi or crypto presents the key to a better future for them. So, it’s not surprising that they would seek refuge in a system that doesn’t centre their exploiters.

This is why Crypto for Black Economic Empowerment (CBEE), a new black economic community, has emerged to put wealth back in the hands of black people.

CBEE, nicknamed the Crypto Black Wall Street, is a collective of black and African crypto leaders from over 20 countries across six continents, who by sharing knowledge, resources and capital among the community have grown rapidly together. In less than a year of forming the community, CBEE members are among the highest-grossing NFT artists in the world, have grown their crypto investment portfolios by 7,500% and are leaders across a wide range of industries including art, venture capital, sports and policy.

Africans everywhere are subjected to disadvantages after exploitation by slavery and racism despite being the major drivers of multi-billion-dollar economies for centuries. Today, Africans are sidelined from directly benefiting despite black and African culture and intellectual property being leveraged by tech companies like CashApp, TikTok, Clubhouse, Apple, Tesla, and Google for profit. But CBEE wants to change this.

Gentle reminder: Africa is the fastest adopter of cryptocurrency in the world.

It’s still early days for DeFi—just three years after the term was coined in 2018 and seven years after the decentralised Stablecoin, DAI, was created. But CBEE wants to reach 100 million black and African people over the next  100 years.

To do this, it intends to become a DAO, a social community of like-minded people who create rules and regulations embedded in programming code called a smart contract and may issue governance tokens. In comparison to traditional companies, DAOs have a democratised organisation. The governance of DAOs is based on community. All the members of a DAO need to vote for any changes to be implemented.

Despite the security, legality and structure hurdles DAO has faced in recent years, some analysts and investors believe that this type of organisation will eventually come to prominence. Perhaps even change the way trade is done in the world by allowing social groups to do business without managers, in an automated and safe environment, using  blockchain technology.

CBEE is therefore building this long-lasting legacy through a lot of things: investment funding, media, community and provision of advisory services. Its VC firm, Audacity VC, is a venture capital fund that invests up to $100,000 in startups led by entrepreneurs of black and African descent, whose market is Africa and are focused on cryptocurrency or DeFi.

This community, in just a few months, has made tremendous impact and revealed black people can create an empire on DeFi. By connecting with each other, the value of the companies and entrepreneurs in this community has exceeded $250 million, Erikan Obotetukudo, president of CBEE and founder of Audacity VC, told me in an interview.

“Everybody in this group is helping everyone else, making millions of dollars. One person tells you to do something and now your portfolio is 70 times up. And you went from $10,000 to $750,000 of your crypto portfolio. We are in the same economy, a group of people, leveling each other up significantly,” she told me.

CBEE had also helped an artist named Michael Johnson generate a million dollars in sales in one minute with the release of his NFT art about a little black boy in space.

While speaking with Obotetukudo, she told me about different light-bulb moments that led to her positioning DeFi as a key to Africa’s economic liberation, and one stuck out. Obotetukudo, who was previously in the health industry, was working as a researcher when an old woman scolded her for just giving handouts like medicine tablets to tackle malaria. The old woman told her to go back to the West and seek a real solution—real infrastructure.  And she did.

It’s a beautiful sight to behold—black and African people building their own future with their own hands.

Welcome to the new dispensation! 🍷

Next on the Grit & Growth podcast, meet Adam Abate and Tayo Oviosu from Paga, and Victor Basta, CEO of DAI Magister, and hear about the hurdles and high points of an East-meets-West African fintech acquisition. Listen Here.