The Next Wave: Enter the metaverse 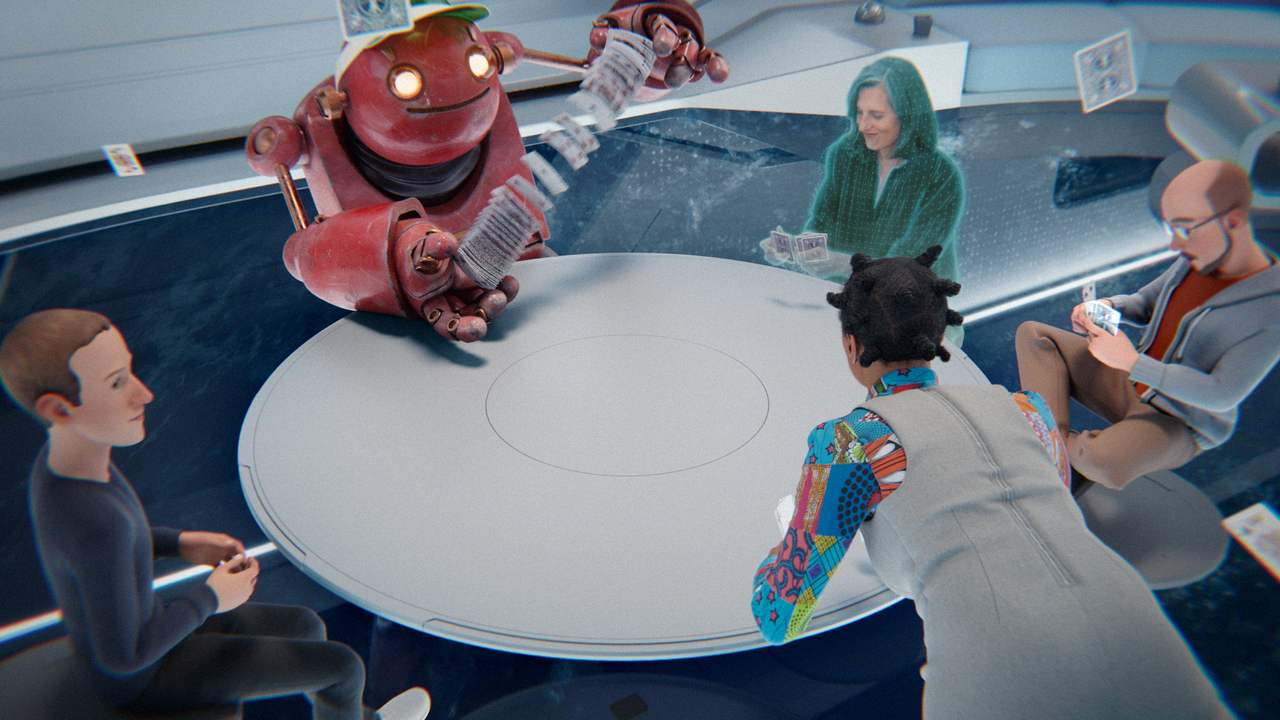 Facebook recently changed its name to Meta—in line with its new vision to build a metaverse—and suddenly the idea has taken root in everyone’s minds across the world.

The metaverse is an endless and interconnected virtual realm, where virtual communities can meet, play and work.

Facebook isn’t the only company building a metaverse. The creator of Fortnite, Epic; game company, Roblox; software giant, Microsoft; and chipmaker, Nvidia are all working on the metaverse.

With this rebrand, Facebook CEO, Mark Zuckerberg, is hedging the future of his company on the metaverse. He claims Meta will put people at the centre of its technology and unlock a massive creator economy. His announcement sparked a buzz all over the internet, of course. But the concept of a metaverse is not new.

Coined in 1992 by Neal Stephenson in his sci-fi novel, Snow Crash, the term—within the novel—described a 3D virtual world inhabited by avatars of real people. Now, thanks to Meta and other big tech, the fictional world of Stephenson’s book is about to become real.

In this edition of Next Wave, we look at Africa’s fate in the buzzy metaverse.

How will Africa enter the virtual world?

They say the metaverse is the future of social media. No wonder Facebook has poured at least $10 billion this year alone into building it. Social media platforms are popular because people who are like you, people you like, and people that like you are on them. So, for the metaverse to work, real people must be in it. This will be an issue for countries with low internet penetration and speed.

African countries have some of the lowest internet penetration rates in the world. But all hope is not lost: the metaverse is still years away. Plus, African countries are already making advances towards getting more people on the internet. The A4AI’s Affordability Drivers Index, which shows how countries are lowering internet costs through policies on infrastructure and access, hails Africa for making the most policy advances of any region in 2020. Eleven of the top 30 countries on the index are African: Morocco, Botswana, Mauritius, Nigeria, Ghana, Tunisia, Senegal, South Africa, Benin, Kenya and Côte d’Ivoire.

After solving the mobile and internet penetration problem, VR headsets and glasses that allow users to experience the cutting-edge technology of the metaverse might be out of the reach of most Africans. For example, Facebook’s Oculus VR headsets cost at least $300, which is way higher than most African countries’ minimum wage.

Another challenge we might face in the metaverse is figuring out a way to own the things we create there. People would want to claim ownership of the content they create or items they buy from online shops in the metaverse. Zuckerberg however says that this won’t be a problem because crypto technology, like NFT and smart contracts, would play an important role in solving that.

Meanwhile, metaverse proponents continue to allay potential users’ fears of data and privacy breaches. According to them, the metaverse will allow users to move on the internet without being monitored or tracked. Critics are however not convinced—especially after Zuckerberg revealed that ads would be a part of the metaverse.

For African users to benefit from the metaverse, the continent’s governments must implement policies and infrastructure that will improve the 39% internet penetration and 46% mobile penetration it currently has. The standard of living on the continent must also improve so that African users can afford the tools and devices with which to step into the future of the internet.

Next on the Grit & Growth podcast, meet Caroline Wanjiku of Daproim and learn how one intrepid Kenyan entrepreneur overcame adversity to transform her bootstrapped social enterprise into a strategic acquisition. Listen here.