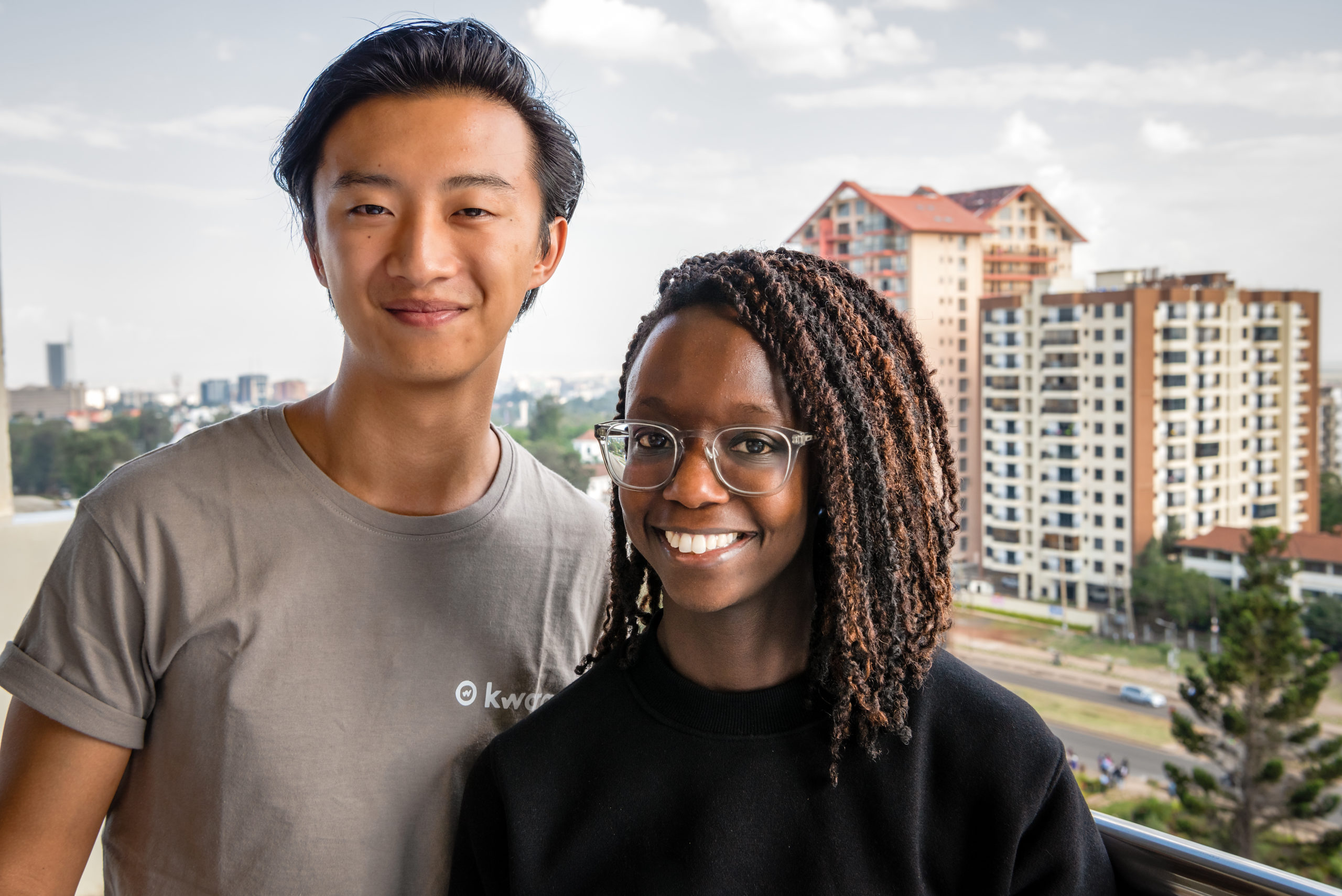 One of the beauties of fintech is its ability to either unbundle or seamlessly bundle fragmented and broken banking services. While some startups focus on building digital consumer banks, others focus on building banks for businesses, or for both.

One startup building for both is Kenya-based Kwara, a one-stop-shop core digital banking infrastructure for Savings and Credit Co-operatives (SACCOs) to manage all their activities, and it has raised $4 million seed funding.

The new investment will be used to facilitate the launching of its neobank; further develop its existing app; double down on its marketing efforts; and increase its talent pool.

While many people think that SACCOs are a slow, vulnerable, and outdated way of saving and accessing credit, and that the market needs new agile products that could displace this model, Kwara, founded by Cynthis Wandia (CEO) and David Hwan (CTO), wants to keep it going by enhancing its efficiency through digitising all its core functionalities.

Wendia had just rounded up her first startup and joined Finparx, a venture builder in Germany, to work as a venture developer; there she spent most of her days staring eye-to-eye at different problems. But what struck her the most was the problem of coffee farmers not getting much value for their hard work. Wendia’s grandmother was a coffee farmer in Kenya so this was nostalgic.

She became curious and started digging. Her interest started off from a trade finance angle, looking at the supply chain, to see if there was something that could be done. But the more she looked at the value chain, starting from the farmer’s point of view to export, she kept coming across this institution called the credit union or the cooperative, which is effectively like a financial institution or bank, but owned by its clients.

“I noticed, for example, that for my grandmother, the cooperative had walked with her on her entire  economic journey. The more I looked into it, the more we saw just how incredible this institution is in offering extremely affordable financial products like savings, loans  and pension,” Wendia told TechCabal.

So, after further research on SACCOs in Kenya and across the world, Wendia and her team realised that these cooperatives are a sort of informal bank, “the fairest bank”, in Wendia’s words. But they saw how far behind they were in leveraging technology that could take their efficiency from zero to 100. “So, we launched Kwara as a technology infrastructure for SACCOs,” Wendia said.

In 2019, the Kwara core banking product was launched and, ever since, has become a safe haven for Kenyan cooperatives. But the ambition has expanded from just being a banking infrastructure to becoming an operating system for every growth-oriented SACCO in Kenya.

According to Wendia, the platform now powers over 50 cooperatives, with over 65,000 backend users. The company is reportedly growing its credit union customer base by 40% month-on-month, and the listed credit unions are growing their membership by 19% and their loan base by 46%, annually. There are currently more than $142 million assets under management at a $40 million monthly transaction across savings, loan disbursement, pension and lots more.

Because Kenya is a big market for cooperatives, the company is going through a product expansion as opposed to market expansion. Though it’s reported to be courting some credit union clients in South Africa and the Philippines, which, according to the CEO, validates their solution across multiple markets. The company wants to focus on eliminating the existing frictions in the Kenyan market, a move that will somewhat guarantee seamless replication across other markets.

For instance, in a bid to become an operating system for SACCO, it has partnered with Workpay, a human resource management and payroll processing solutions company, to enable SACCOs automate their human resource (HR) processes as a complimentary service to Kwara’s products. Onboarded SACCOs will be able to carry out seamless payroll processing into SACCO accounts and enjoy access to an HR module for efficient management of their staff.

“We have also partnered with Lami insurance API provider, which plugs us into about 20 underwriters in Kenya. Now, our customers [SACCOs] can negotiate or choose fantastic insurance products right from our platform,” Wendia said.

What’s next for Kwara?

There are over 300 million people currently banking within emerging markets, and that number is growing at 6% year-on-year. Kwara aims to increase that to at least 1 billion by the end of the decade, positioning itself as the platform for $500bn in transactions between credit unions and their members.

Due to that, it’s launching a new bank that will be powered by its existing credit unions. The play here is to turn over 65,000 backend users into early users of its neobank while onboarding more credit unions to ramp up more users.

The neobank will allow members of credit unions to deposit money directly to their credit union accounts, repay their loans, and apply for instant loans while tracking their finances and payments, all in a seamless manner. In addition, Kwara is building an open banking infrastructure via an open API that allows credit unions to integrate with payment gateways, banks, and third-party vendors, enabling a full marketplace. Also, any unbanked individual can easily join a credit union and then enjoy the whole banking benefits.

Speaking on launching a neobank and on the investment that will make it possible. Kwara CEO, Cynthia Wandia, says, “We are building a solution for people—an estimated 1 billion—who do not currently have access to personalised banking services. This is the result of a gap in banking-grade technology and the lack of neobank-like experiences for the end clients.”

She said they [Kwara] have been thrilled to see the “excitement around the Kwara brand among credit unions and their members, which is fast becoming synonymous with a superior user experience and the future of banking. Thanks to our investors, we will now be able to offer an end-client experience that is 100 times better than what they previously had access to”.

“Over the years, we’ve seen an increasing interest in how to build wealth through community, as well as a shift in consumer preferences towards digital-first banking,” said Ben Marrel, Founding partner at Breega, who led the investment. “Kwara’s unique approach is a catalyst for a new way of retail banking through digital-first credit unions. We are both proud and excited to be helping this outstanding team scale across Africa and other emerging markets.”

Kwara aims—without branching away from its core mission of empowering credit unions across Africa and the rest of the world—to help 1 billion people benefit from credit unions through its neobank by the end of the decade.