Inside Ckrowd’s plan to help African creators monetise their content 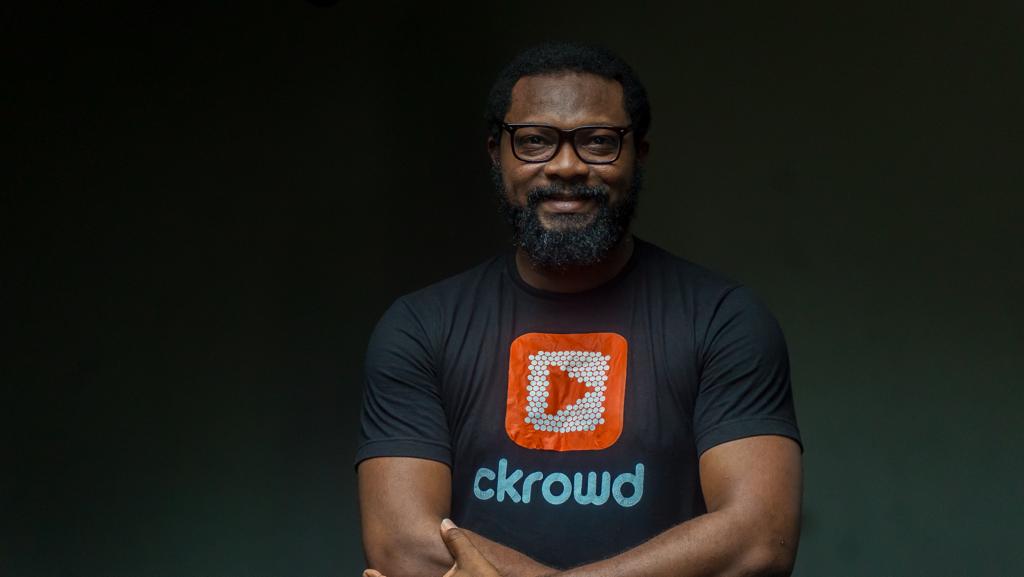 The term “creator economy” became popular throughout 2021 when venture capitalists, entrepreneurs, and independent creators not only threw the phrase around but also invested heavily in the content industry—an industry that would leapfrog into becoming a $100 billion industry.

Content creators—writers, artists, social media influencers, videographers, gamers, podcasters—are raking in millions of dollars annually by monetising their craft. But only a tiny fraction of these creators are Africans. This means African creators are still struggling to earn much from their craft, compared to their global counterparts.

While there are some companies already building to solve the first problem, Ckrowd, a content streaming platform and marketplace, is solving the second problem at scale.

Ckrowd is positioning itself as the platform that bridges the gap between African content creators or suppliers and their global content consumers by providing creators with the opportunity to earn income while giving “unique, exclusive, and engaging content experiences to their consumers”.

Ckrowd was founded out of a will to do more

Ckrowd was founded by Olukayode Adebayo in November 2020. But before then, Adebayo, who was freshly back to Nigeria after a stint with the Nigerian embassy in China, had founded a real estate company that morphed into a hospitality business. He then started a media outfit in September 2016, called KAM Africa.

At KAM Africa, Adebayo started an initiative that would help creative professionals like musicians and actors understand the business part of their craft. But as he continued with the initiative, he realised that there was a need to bring all these promising enterprises together. Nobody builds in isolation, especially in the entertainment scene. So KAM Africa started Amfest, a festival-like event that brings together African creative businesses.

Adebayo’s cross-continental experience helped Amfest to quickly scale out of its founding country Nigeria into Ghana, Rwanda, South Africa, Tanzania, and even Dubai.

“We started building business partnerships with other platforms and scaled very fast. It was in the process of supporting the sector that we found out that many of these talents that are now enterprises had a problem with anything that doesn’t involve physical human interaction,” Adebayo told TechCabal. “At the point of this discovery, COVID-19 happened and it became even clearer as most of them were left without income. So, there was a need to bring them online.”

The next thing to build became apparent; Ckrowd—the solution to these persistent problems. After doing a lot of research and consultations throughout 2020, Adebayo launched the beta version of Ckrowd early last year and then launched publicly in August.

The platform is a direct-to-consumer platform where original and exclusive African content in education, information, and entertainment is distributed directly to local and global consumers in short videos and live stream format. Think of a marriage between OnlyFans, Patreon, and YouTube—in fact, a combination of all the streaming platforms out there—but now for African content.

Last year in December, uduX, a Nigerian streaming platform, partnered with telecoms giant MTN to live stream Wizkid’s “Made in Lagos” concert from London’s 02 Arena to over 238,000 Africans. But the event was quickly moved to YouTube after the day one of the three-days concert. Regardless of what might have caused the relocation, it’s, however, an indication that Africa needs more efficient indigenous platforms that can aggregate content and put more money in the pocket of local creators while providing a seamless experience for local and global consumers.

For Adebayo, Ckrowd is taking an all-encompassing approach to building for the African creator economy, one that’s a win-win for all the stakeholders.

To better understand CKrowd’s advantage, let’s look at how existing streaming platforms work: On YouTube, for instance, creators make money according to their view numbers and sometimes from ads. This means, if YouTube pays $0.0001 per view, you’ll need 10,000 views to make $10. In the case of Netflix, let’s say you subscribe at $10 per month, what happens if you are too busy for Netflix that month? Will you be refunded? No!

From the creator’s end, 10,000 views for $10 is not sustainable. How many African creators hit hundreds of thousands of views or millions? A small number. For consumers, the subscription model is not good if you can’t flip unused subscriptions.

On Ckrowd, creators can livestream their content like uduX live and upload on-demand contents like on Netflix. Creators also control their spaces and how they want to be paid—per view or by subscription. Unlike on social media platforms where creators, after creating content and amassing views and followers, would have to go outside the platform to market their views and followers to brands, Ckrowd lets creators set their prices and make their money as they go. It also allows viewers to select how they wish to pay for content—all inside the platform.

Ckrowd is not only for music and film content; educational, culinary, sports, and other forms of content are allowed on the platform.

“The Ckrowd platform is similar to a large arena in the cloud where you can broadcast live & short on-demand video content and charge access fees on behalf of the creators of that content. This allows the platform to uniquely function as an edtech, mediatech and adtech hybrid,” said Adebayo.

Ckrowd, from 4 users at its beta launch, has grown to have over 2,000 users on its platform. Last year in October, it raised $160,000 in pre-seed funding; $60,000 of equity funding, and $100,000 export grant investment from an international angel investor group, as well as backing from the Export Expansion Facility Programme from Nigerian Energy Support Programme (NESP).

Ckrowd plans to use the new capital to expand with new innovative technologies and strategies to get more customers, accelerate growth and promote intra-African creative industries. In addition to that, the company plans to hire more talent, especially in product, Research and Development (R&D) and engineering.

According to Adebayo, the startup has already made headway in some of these plans. It acquired a marketing agency last year to power the ads sector of its business. The company said the agency’s channels had access to about 50 million people across Africa, which means Ckrowd can now reach these people through email, SMS, and other channels available. This sounds like a transfer of data without the consent of the owners; however, if these people opted in with the marketing agency, which has now been acquired, then, by extension, they have opted in with Ckrowd.

The startup also recently announced the appointment of the founder and director of Music Works International Katherine McVicker and co-founder of Cultural Connections of Africa (CCA)  Adeleye Fabusoro as executive members to its advisory board. Adebayo also said the company has built its own production studio and is currently partnering with other media houses across the continent, He hinted that they [Ckrowd] will soon start rolling out the results of the partnerships.

Ckrowd is taking on big players like Netflix, Spotify, YouTube, ShowMax, uduX and even cable television channel who’ve got their claws deep in the streaming market. Will it curve, niche down, or dominate? This is not an easy one to predict but from Adebayo’s confidence in the product and their pan-African play, there’s something to root for in Ckrowd.