Two years on, what has #YouTubeBlack Voices done for African creators? 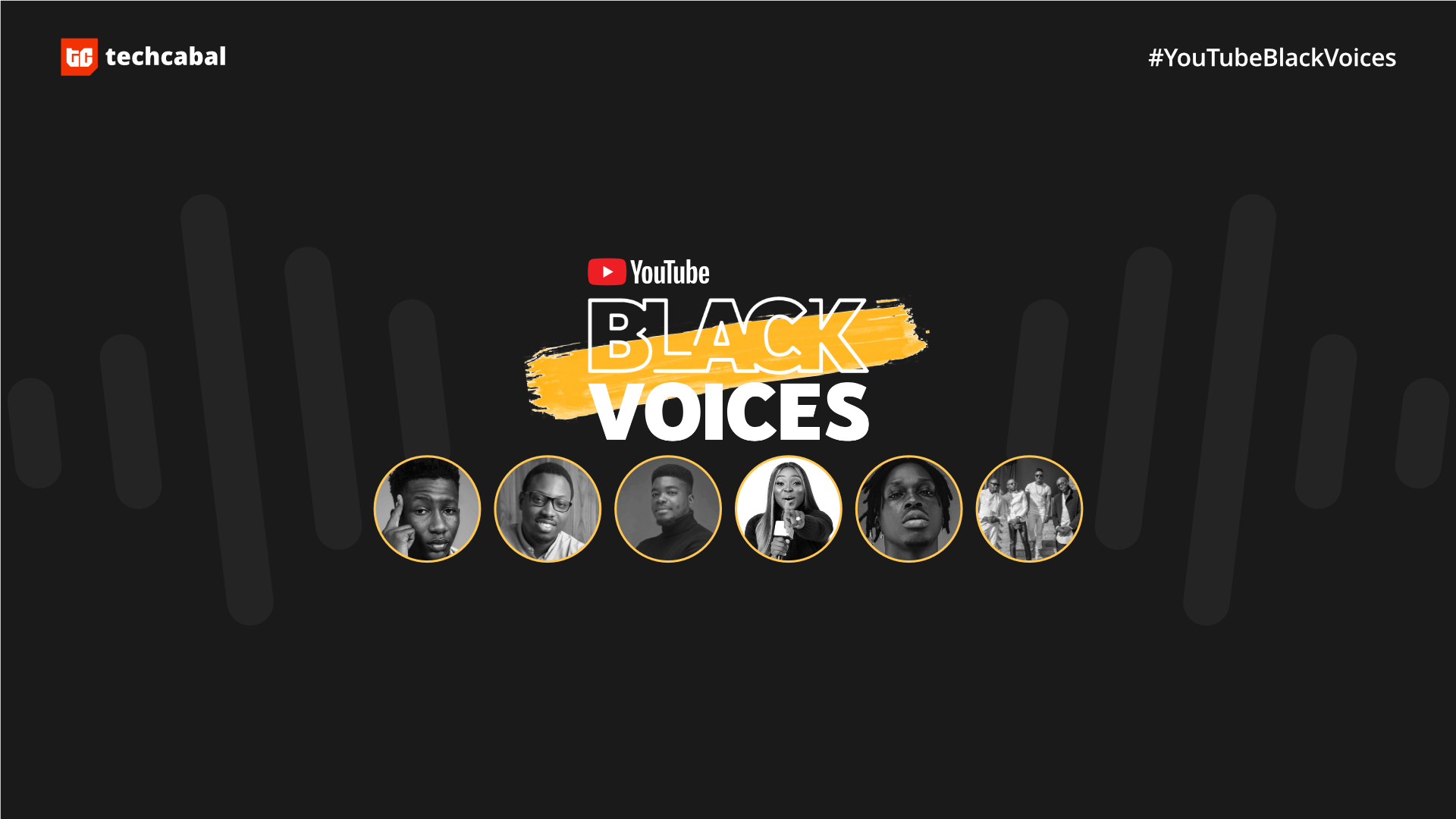 When TNC Africa, a Nigerian television production company, wanted to launch long-form video content that tells original African stories to the world, it chose YouTube as its medium. It was evident that YouTube could provide a platform that would connect it to the world and provide sufficient data for analytics on its audience. “Being an early-stage startup where data is super important, and one that does a lot of data analytics, we needed a platform where we could get access to that data, and YouTube offered that, “ Olawale Adetula, co-founder of TNC Africa said.

Adetula explained that YouTube has the largest share of the video-watching audience it is targeting in Africa, such that even android phones have the app pre-installed.

While YouTube aims to provide a platform for creators globally to explore their creativity, in 2020, it shined a special focus on Africa when it launched the #YouTubeBlack Voices Fund. The $100 million Fund—created by YouTube as a response to the racial injustice that characterised 2020—is a 3-year initiative dedicated to spotlighting and growing black creators on YouTube, from across the world, by providing them with funding, resources, and mentorship that will help them thrive on the platform.

The Fund, in the past 2 years, has worked closely with African content creators, musical artists, and, recently, producers and songwriters, offering them seed funding to develop their channels, training focused on upgrading their production, community engagement and wellbeing skills as well as workshops and networking programmes to help them grow their channels.

Adetula’s biggest takeaway from the Fund is the opportunity to network with and form relationships with over 135 other top creators around the world. The Fund’s structure, which encourages every creator to work with another creator, plays a role in ensuring that these relationships are formed; and has translated into upcoming collaborations for TNC Africa, too.

TNC Africa’s target audience has also broadened beyond Africa as a result of the programme. “We were creating content and targeting viewers within Africa or with African interest because we never thought our content could be appealing to non-Africans. Today, the number of viewers we are getting from the UK, US, Ireland, and South America is steadily increasing since we implemented some of the things we learnt from the YouTube Black Voices Fund.” More people outside Nigeria are getting interested in content created by Nigerian YouTubers.According to data made available to TechCabal by YouTube, over 75% of watch time on content produced by channels in Nigeria comes from outside Nigeria.

The Fund’s inaugural cohort last year featured a Creator Class of 20 content creators, from Nigeria, South Africa, and Kenya. Its Artist Class featured 3 African artists: Kenya’s Sauti Sol, South Africa’s Soma Jozi, and Nigeria’s Fireboy—who have gone on to use the platform to connect with their fans.

Fireboy’s “Peru” remix with pop star, Ed Sheeran, has gone global, with the song topping music charts across the world. During his time on the programme, on YouTube, he performed a live stream concert to over 83,000 fans who watched the virtual performance, to celebrate Africa Month.

Kenyan Afro-pop band, Sauti Sol, perform their Midnight Train album in a virtual concert that has raked over a million views on YouTube. Addy Awofisayo, Head of Music, Sub-Saharan Africa, YouTube, spoke about Sauti Sol’s excitement when the Fund put their pictures on billboards in New York, Los Angeles and London. “It was a great Kenya-to-the-world story. They were already celebrated in Kenya; it was amazing to be a part of their success and help them break out of Kenya.”

According to figures made available to TechCabal by YouTube, in Kenya, the percentage of YouTube channels making 7 figures or more in revenue (in Kenyan shillings) has increased by over 60%, year over year. While over 400 channels have at least 100 thousand subscribers—an increase of over 70%, year over year—6 channels have over 1 million subscribers; and 1 channel has over 1 billion views. Over 45% of watch time on content produced by channels in Kenya comes from outside of Kenya.

While the inaugural class had 20 creators and 3 artists from Africa, for the 2022 class, YouTube increased the number to 26 content creators and 4 artists; while creating a new class, for producers and songwriters, a development the Fund said demonstrates its continued support for artists on the platform.

A member of the newly-created songwriters and producers class is Nigeria’s brilliant 20-year-old producer, P.Priime, who has produced hits for some of the biggest names in Nigeria’s music industry, including Wizkid, Fireboy, and Olamide. He further blew up this year after it became known that he produced Nigerian artist Asa’s album (except for one song).

P.Priime had heard about the Artist Class but originally didn’t know there was going to be a category for producers, so he was excited when he heard about the newly introduced class. “I was excited that people were starting to recognise the work producers do. I feel we are finally getting our flowers, and people are starting to see our importance beyond working with artists,” P.Priime told TechCabal.

When P.Priime joined the programme, they helped him organise his channel, and he started sharing his process—with his video where he took his fans through the making of Nigerian artist Reekado Bank’s hit “Ozumba Mbadiwe” raking 63,000 views.

The Fund helped him get new equipment and has provided him with an opportunity to connect with artists across the world. Although his YouTube channel is monetised, he said he is not all about the money: “It is giving a piece of P.Priime to my audience, documenting my work process and using the opportunity to reach new audiences even when I am not dropping new music.”

Awofisayo said that the #YouTubeBlackVoices Fund was created to encourage black creators and artists to get on YouTube, amplify their voices, and create an opportunity for them to be successful on the platform. But she revealed that beneficiaries of the Fund do not get preferential treatment or get prioritised on the platform.

Awofisayo revealed that the selection of newer and early-stage creators—creators that have been on the platform for a few years—is a shift from last year when most beneficiaries were established content creators. Awofisayo said YouTube wants to also empower more creators like Nigeria’s Mark Angel, who has built a production company out of his YouTube channel. “In the long run, we want to make sure that black creators, not just those in the fund, are able to be successful on our platform, and that our platform is an enabler to their creative success,” she said.

Nigerian content creator, Tomike Adeoye, a member of the 2022 class of creators made an Instagram post where she expressed gratitude to YouTube for its support and the BlackVoices Fund for providing funds. “Thank you for #YouTubeBlack. Thank you for being a great source of income! Just seeing us and doing what we love, we see the dollars flow in our account monthly,” she wrote. 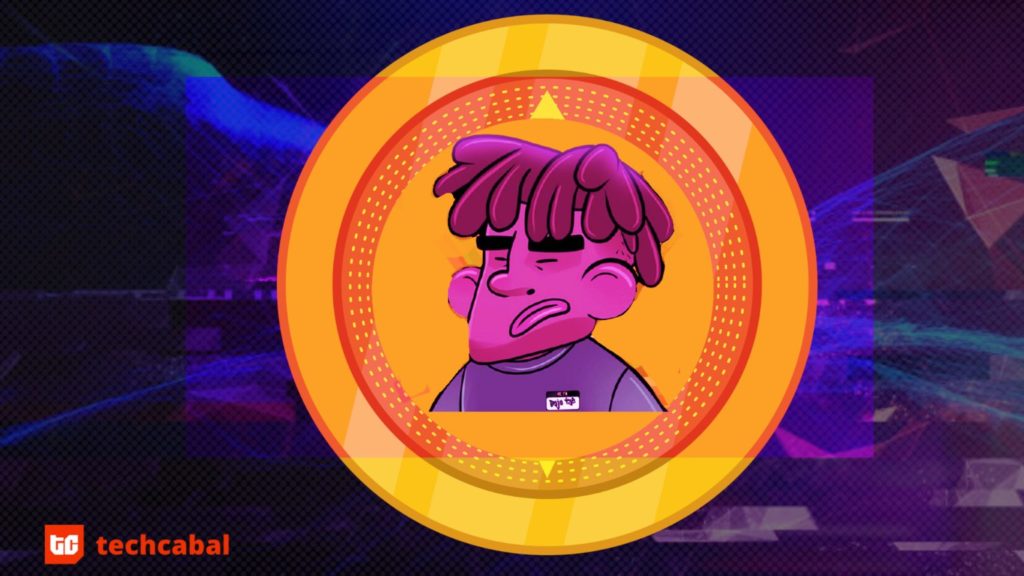