How this Tunisian startup won big in Europe 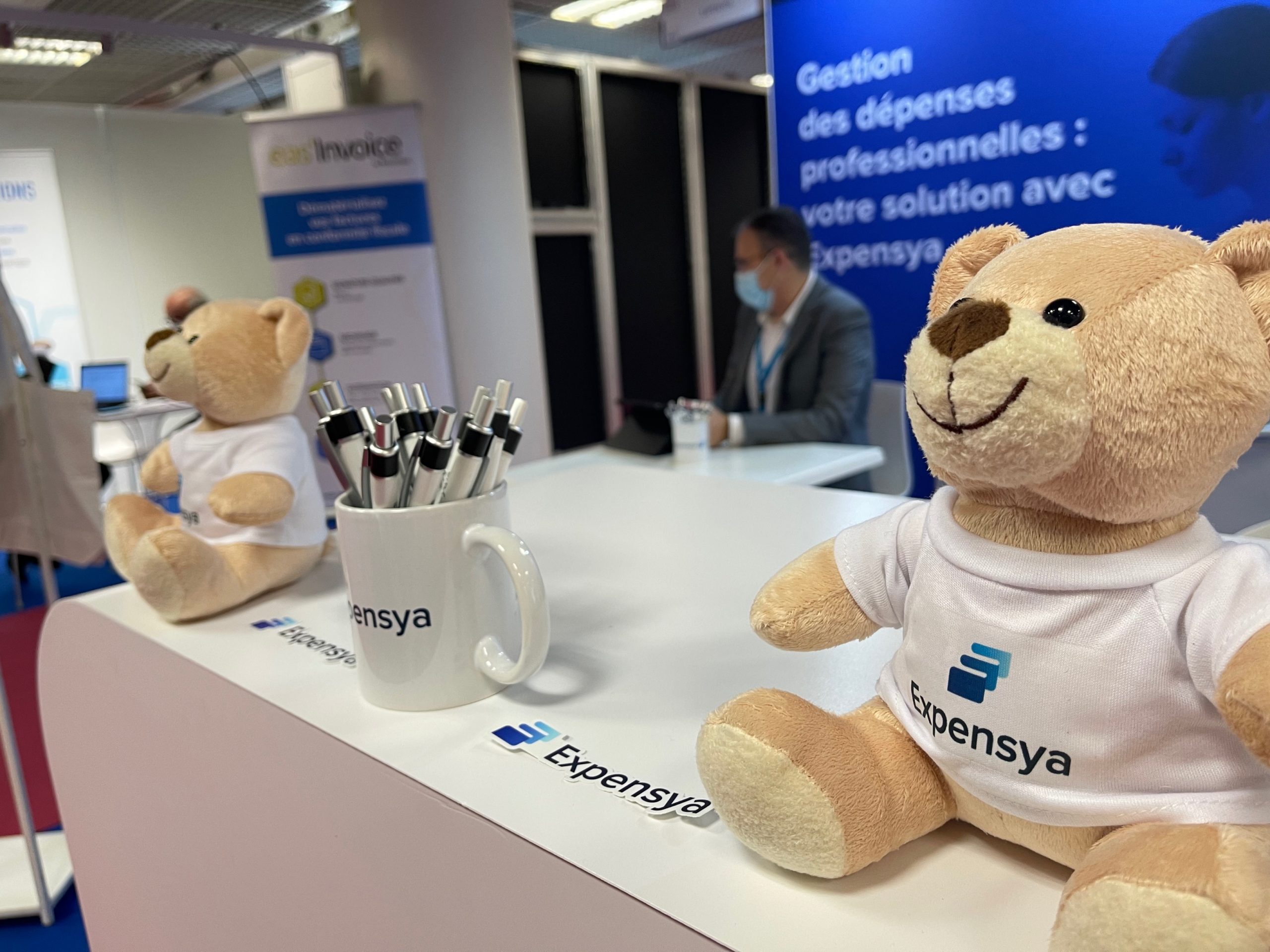 Away from the single story of Africans only building companies that solve Africa’s problems, Expensya, a Tunisian fintech startup, is not only predominantly serving the European market but also one of the biggest in its sector on that continent.

Today, according to the CEO, the company is operational in over 90 countries and serves almost 6,000 corporate businesses with about 500,000 employees altogether. Expensya has also grown from the 2 geeks who birthed the dream in France to 160 employees across 20 countries including Thailand, Nigeria, Kenya, France, the US, and Tunisia where it’s headquartered. Out of its 160 employees, only 50 are based outside Africa, meaning the company does its heavy lifting from Africa—from Tunis, the Tunisian capital.

From a nosey inquisitiveness that started in France while working as engineers at Microsoft, Jouini and Othomani have built one of the most reputable fintech tools in Europe. While the company’s journey started in France, it wasn’t built there. The co-founders moved to Tunisia after fully understanding their primary market, France, and what must be built to capture the heart of the market and that of its heavy regulators too.

While living and working in France, Jouini and Othmani realised how manual and complicated managing expenses was for companies, especially the recording and tracking processes. In France, expense reporting is not only important to the business; the government maintains a keen interest in the process for many reasons, the most important being taxation’s due diligence. So, it’s an old problem with a lot of interesting stakeholders and ineffective solutions involved.

“We found out there are 3 major reasons why it seemed like nothing has been done to solve the problem,” Jouini said. “The existing solutions are desktop-based whereas the concept of invoicing or spending was mostly becoming mobile. Two, too many human factors. Three, government policy on invoice issuance and recording.”

Some important business expenses are carried out while travelling or away from the desktop. Therefore, there was a need for a mobile-first solution where every spender can log in their expenses as they incur them.

For the second problem, one of the pains of expense management was having to re-enter data from an invoice. For instance, many times, an employee would enter the type of data they cared about, to get reimbursed. Line managers would then have to double-check with the different projects to know if a new entry was coming from an assigned project or not, to see if the employee’s request was billable. Accountants, on the other hand, cared only about taxes: Is this tax claimable, and on what cost accounts or budget is it going? For auditors, what was important to them was finding out if the purchase was legitimate or a fraud. And so on. Different people ended up entering various aspects of the data from the same invoice, many times. The solution to the second problem therefore, according to Jouini, was to automate invoices.

The third problem, which was the biggest and one they couldn’t control, was that French legislation mandated companies to keep paper invoices. Meaning that employees must send a paper invoice to their line managers and accountants on every expense incurred. This undermined any effort to fully digitise transactions. But the government—finally realising how inefficient and error-prone the paper archiving system is—began to ease the mandate and allow companies to store the paper invoice digitally.

Jouini and Othmani saw an opportunity here and “quickly” finished up Expensya to allow people to take a picture of their invoice and load it in an archive that every required stakeholder—including the government—could access. This move made the company the first legal digital invoice archive in France and, arguably, some parts of Europe. Like Africa, what works in one European country is likely going to work in another.

“With Expensya, if you go to a restaurant, you can snap a photo of the receipt and throw it into the archive. Our archive is accepted by the tax authorities in Europe as a legal archive,” Jouini told TechCabal.

Tunis is the palace, Europe the kingdom

According to Jouini, besides the will to move back and build something from his home country, Tunisia was opening up to embracing startup culture, and he wanted to be a part of the early movers building the ecosystem.

“Though a nascent ecosystem, it was an exciting time to start out in Tunisia. There were a lot of young talents but not a lot of successful startups. But it’s much cheaper to experiment in Tunisia than in other countries,” said Jouini.

On top of that, the Tunisian government—even though the Tunisian startup bill hadn’t passed then—supported entrepreneurship. But there’s some disadvantage in setting up a business in Tunisia: the country is small, and, like its neighbouring countries, isolated. With 11 million people, the country is part of the 5 nations that made up the Maghreb region, including Morocco, Algeria, Libya, and Mauritania. And all these countries are popular for their heritage rivalry that keeps preventing intra-Maghreb trading.

But that’s not a problem for Jouini and Othmani. They knew their primary market would be Europe; they wouldn’t have to deal with the complexity of expanding within the region. So, they closed their first customers from Tunisia, and then the second, and third. But as they quickly onboarded companies, they realised they needed to build a local team in Europe. The company opened an office in Paris in 2016, about 2 years after starting the business.

“We hired a strong sales team and a strong delivery team. And then we continued growing from there,” he said.

According to Jouini, it wasn’t enough to be the first mover, their technology had to be the best and the most affordable at the time. The company opened another office in Spain and Germany, serving companies in these countries with a global-first product. A French company with branches in 40 countries, for instance, can use its service in those countries seamlessly.

“We are providing a global solution but, from a sales and growth perspective, we are focused on Europe,” Jouini said.

Today, the company is not just an archiving tool for invoices, it offers end-to-end expense management. It has recently started issuing payment cards to its customers, meaning customers, on top of managing expenses, can now even pay with the Expensya card—which can be a virtual or physical card, or both. For now, it can only offer cards in Europe but has partnered with a global bank to cater to card requests outside Europe.

“Employees could only request to be reimbursed after spending before now but with our card, they can now spend in real time,” Jouini said. “And our software ensures that they are respecting the company’s spending policy and that of the country they are spending from.”

But how does Expensya deal with regulation? According to the CEO, the company has an in-house compliance team that focuses on making sure the company is abiding by the vast regulations of its operating countries. The company also segments its market into 3. Tier 1—all European countries, Canada, the UK, the US, Tunisia, Morocco, and Algeria—where it offers a 360-degree service including its card payment. Tier 2—countries in eastern Europe, the Middle East and West Africa—where the company  offers a lot of its services except the card payment. And tier 3—India and China—where Expensya is  present but with limited traction.

Expensya is a venture-backed startup and one of the most funded startups in Tunisia and the Maghreb region combined. It raised its first funding in 2016, and another in 2017 and 2018. But its recent raise of $20 million came last year from French and German investors like MAIF Avenir, Silicon Badia, ISAI, and Seventure Partners.

But there are many other venture-backed competitors in the European market like French Spendesk, which attained unicorn status in January after raising $144 million; Danish Pleo, another unicorn worth $4.7 billion; and German Moss, which also raised $86 million in investment and was valued at over $500 million in January this year.

So will Expensya consider looking extensively into the African market?