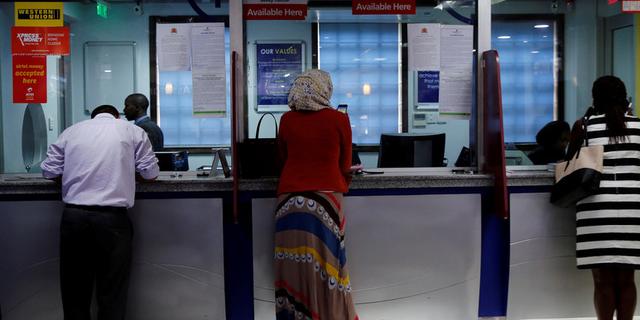 As fintech firms encroach on their business, banks across Africa are ramping up their digital transformation efforts and adopting automation, blockchain and distributed ledger technologies to ring-fence their clientèle and court new ones.

A new report from engagement banking platform, Backbase and African Banker magazine shows the pandemic has had a marked impact on non-cash payments.

This has, therefore, accelerated the shift in African banks’ model as it has highlighted the many limitations they were facing.

“A massive 49% of African banks said that they had greatly increased the speed of implementation because of Covid-19,” the report reads in part.

“Some banks were already trying to transition from the traditional model before the pandemic, due to the emergence of new competition on the part of African fintech and pure digital players.

It is on that premise that the need to transform banking practices seems widely accepted.

African Banker’s team surveyed more than 100 banks on how they rank digitization among their main priorities, their expenditure on digital development, the impact of Covid, their digital offerings for SME customers and their priorities within the digital space.

Almost 81% of respondents described themselves as being open to change, highlighting an overwhelming consensus over “how crucial digital transformation is to the future of African banking.”

About 60% of lenders described it as the single most important factor and another 34% stated that it was among their top three priorities.

The survey shows a total of 39% of respondent banks have ring-fenced at least $3 million for digital transformation and innovation.

But challenges remain. The report indicates a lack of inclusion of African small and medium enterprises in the new digital platforms and the banking system in general.

“SMEs are often afraid of the huge fees that banks usually charge. Being unable to address these potential customers represents a missed opportunity for banks, even more so in the digital era where SMEs are being lured by the new fintech players,” says the report.

“Fortunately, some lenders have adopted strategies to address these issues, and their efforts could be an inspiration to the industry.”

In East African countries including Kenya, Uganda and Tanzania, mobile money is already the currency of choice, with leading banks in those markets partnering with mobile money operators to issue loans and other digital financial offerings to consumers.

According to IBS Intelligence analyses, neobanks and challenger banks are well-positioned to meet the digital challenges and garner the benefits of the new digital economy in Africa.

As the market transforms, they are shaking up the traditional branch-based banking systems and pushing the industry to become more agile and competitive.

The results, IBS argues, will be a big win for consumers who want banking services and not just banks.

“Consumers and financial institutions are deftly adapting to the rising demands of a tech-accelerated and pandemic-impacted world, which have presented an array of solutions, ideas, and opportunities to the banking sector’s difficulties,” reads the analyses in part.