Gozem secures $10m from IFC to finance 6,000 vehicles in Togo and Benin 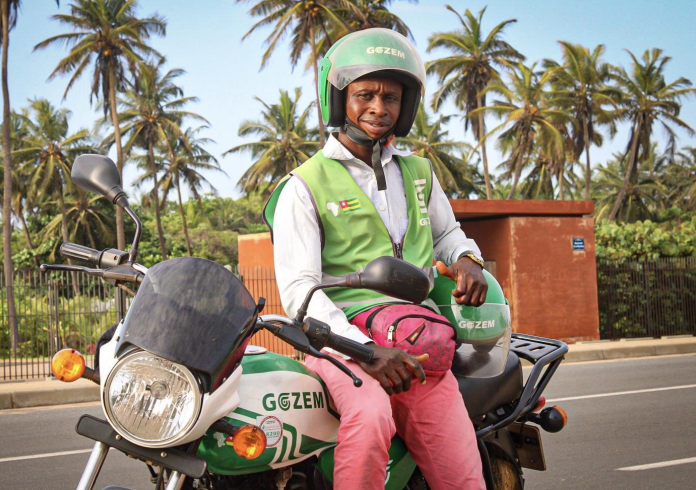 That’s the estimated number of motor vehicle drivers that Gozem, a Francophone Africa-focused super app, says operate in informal markets across West and Central Africa. But there’s a problem: these drivers do not have access to traditional banks or micro-finance institutions to finance their vehicles. Instead, they rely on money lenders that charge ridiculous interest rates—some are as high as 70% annually.

Gozem, which provides a suite of mobility, e-commerce, and financial services to drivers, retailers, and other consumers, announced on Friday that it has partnered with the International Financial Commission (IFC) to solve these headaches for drivers.

This deal comes about 6 months after Gozem closed a $5 million funding and 14 months after it started its vehicle financing program. The company said it has already helped more than 2,000 drivers acquire vehicles with affordable financing. This new partnership will finance new vehicles for 6,000 more drivers.

“Motor vehincle drivers in West and Central Africa will need access to $3 billion dollars of credit facilities annually to finance their vehicles and we are excited that IFC is placing their trust in Gozem to be at the forefront of providing affordable financing solutions to these underserved communities,” Gregory Costamagna, co-founder and co-CEO of Gozem, said in a statement.

Unlike banks that require credit history, asset collateral, or guarantors before issuing loans, or third-party lenders who charge cut-throat interest rates that are only increasing, Gozem simply uses drivers’ data already available on its platform. The company provides this service by leveraging what Costamagna called its “sophisticated” KYC process, financial and behavioural data, like the number of trips completed using its app—which can be accessed in a matter of minutes—to calculate drivers’ credit worthiness. This alleviates drivers from keeping track of their bank statements and records; simply by using the app to find riders and gigs, Gozem knows how much they earn and how long they are likely to take to make their payments.

Gozem said in a statement sent to TechCabal that for the next year, they will also work with the IFC to test electric bikes in motovehicle operating conditions and “build a green battery-swapping station network in Togo and Benin to demonstrate electric bikes can save drivers money.”

Gozem’s Raphael Dana, Costamagna’s counterpart as co-founder and co-CEO told TechCabal over the phone that IFC is starting a pilot investment to test the impact and scalability of this model and will double down based on the result of the pilot.

He added that this partnership also factors in electric vehicles (EV). “We have set aside 10% of the investment for our EV pilot phase. There’s a dedicated team working on our EV ambition and we need to ensure that the bikes, battery swapping, economic units, etc. work at scale,” he said.

According to the company’s statement, the project will “validate electric bikes and that their adoption at scale will not only reduce greenhouse gas emissions significantly, but it will also help drivers save money through lower energy and maintenance costs.”

“Electric vehicles have the power to said Aliou Maiga, IFC’s Regional Director for West and Central Africa, emphasised that EVs have the potential to “transform the moto-taxi market in West and Central Africa by lowering carbon emissions and lowering operating costs for drivers.” He said that by partnering with Gozem, together they could “increase affordable and green financing solutions for moto-taxi drivers to shift to electric bikes.

“We hope IFC’s investment for these underserved communities will encourage other investors and accelerate the reduction of poverty and greenhouse gasses emissions in these markets,” he added.

Looks like Gozem is gearing up for some big funding. In March, Dana told Africa Report that the company was seeking an $80m Series B—$50 million in equity, $20m in debt, and a $10 million pre-series B—fundraising as it prepares to expand to new markets like Nigeria, the Democratic Republic of Congo, and Senegal.