Gozem launches in Cameroon, its second market in Central Africa 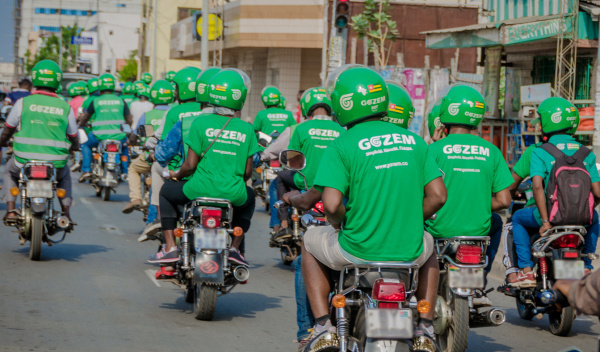 Gozem, the pan-African super app currently operational in several cities across Togo, Benin Republic, and Gabon, this week announced the launch of its taxi-booking service in Douala, Cameroon.

The startup’s super app model for Africa is modelled after the success of Gojek and WeChat in Southeast Asia and China respectively.

In addition to product diversification, Gozem has been on a strong geographic expansion drive since it was launched in Togo as a taxi-hailing service.

Last year, the company extended its presence outside of West Africa through an entry into Gabon, its first market in Central Africa. Prior to that, Gozem was only available in cities across Togo and Benin, offering motorcycle taxis, tricycle taxis, and delivery of groceries, gas bottles, and meals.

Cameroon will be Gozem’s second operation outside of West Africa. The Central African country’s population is under 27 million, according to the World Bank.

With the expansion, the startup now operates in 12 cities across 4 countries in two sub-regions in Africa, with more than 1 million downloads and over 7 million trips.

“We are very excited to bring Cameroonians a simplified, safer, and more convenient taxi cab solution,” Jean-Martial Moulaud, Gozem group director said in a statement. “Based on our experience in other Francophone markets across West and Central Africa, we are convinced that Gozem’s innovative offering will create real value for Douala’s passengers and drivers now.”

Gozem in 2021 closed a $5 million funding round that has helped accelerate its pivot towards becoming a super app.

It now provides a suite of services to three types of customers in French-speaking Sub-Saharan Africa: consumers, transportation providers, and businesses.

Cameroonians can now download the Gozem app, available on Android and iOS. As with all its markets, Gozem also plans to make its other verticals compete with incumbents in the country.

In addition to the taxi cab ride-hailing service announced now, Gozem will soon offer Cameroonians the ability to order motorcycle and tricycle (tuk tuk) taxis, as well as delivery services and more via the all-in-one super app.

“Very soon, we will expand the range of services we offer in Cameroon to include motorcycles and delivery services, based on the needs of users,” Moulaud added.

In addition to the expansion to Gabon and Cameroon, the startup is also exploring a launch in the Democratic Republic of Congo (DRC) within the region.