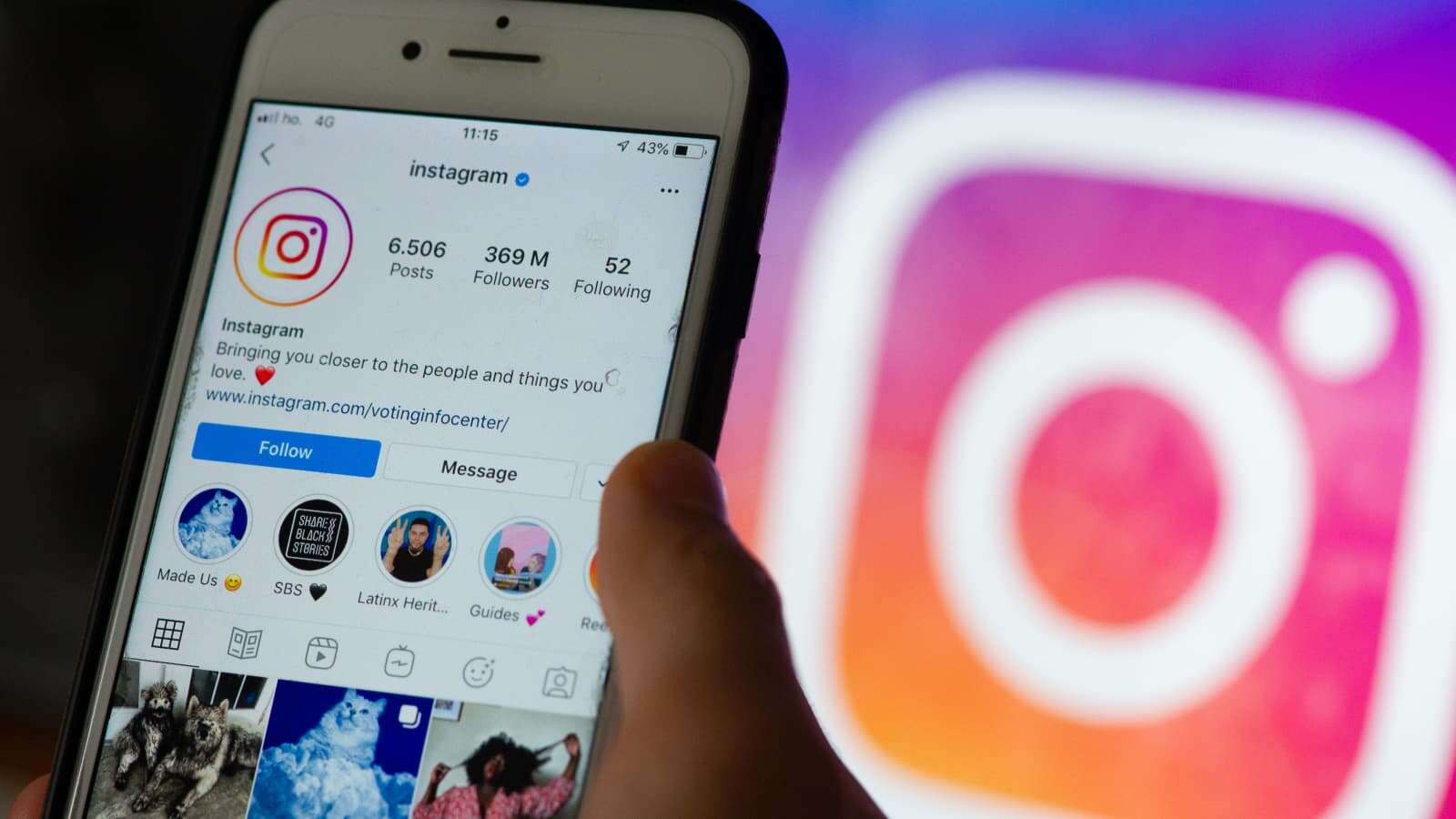 In 2012, when Facebook (now Meta) acquired Instagram, the beloved photo sharing app of millions, for $1 billion, it seemed like just another billion-dollar acquisition by a Big Tech company. In 2014, when Facebook CEO, Mark Zuckerberg, announced that “in 5 years, most of [Facebook] will be video”, his statement was perceived as a threat to the dominance of Google-owned YouTube, the home of online videos. But that threat wouldn’t materialise just then. In November 2015, Facebook disclosed that its 500 million users watched 8 billion videos every day. As it would appear, Facebook was priming its newly-acquired startup Instagram to be the flagbearer of its video vision.

Instagram started as a picture-sharing platform, and it wasn’t until 2013 that it started supporting video content. Since then, IG has launched a series of features that support video content: Stories, IGTV, Instagram Live, and Reels.

Recently, Instagram’s algorithm has been showing users popular content—both photo and video—from people they don’t follow. This trend and the recent testing of an “immersive experience” full-screen home feed that will see videos become front and centre of the app has seen the app receive backlash for becoming more like TikTok. On Tuesday, media moguls, Kim Kardashian and Kylie Jenner, who have a combined 687 million followers on the platform, joined thousands of other Instagram users to urge IG to “stop trying to be TikTok”.

“Make Instagram Instagram Again. Stop trying to be TikTok. I just want to see cute photos of my friends. Sincerely, Everyone,” reads the message on the lead image of a Change.org petition shared on the sisters’ Story. The petition, launched on July 22, has attracted over 200,000 signatures.

While it is arguable that TikTok’s massive success played a role in the urgency with which IG is shifting to video, it would seem that IG is not duplicating TikTok but following a predetermined roadmap—given Zuckerberg’s aforementioned comments in 2014 and Facebook’s acquisition of Instagram 2 years prior.

As fears of Instagram’s shift to videos reached a new height, in a video he posted on Tuesday Instagram’s head, Adam Mosseri allays the fears of users that Instagram would continue to support photos, but he also rehashed the app’s desire to focus more on videos.

“I’m hearing a lot of concerns right now about photos and how we’re shifting to video. Now, I want to be clear, we’re gonna continue to support photos. It’s part of our heritage… That said, I need to be honest: I do believe that more and more of Instagram is going to become video over time,” said Mosseri in the video. “If you look at what people like, consume, and view on Instagram, that’s shifting more and more to video over time, even when we stop changing anything. So we’re gonna have to lean into that shift.”

Earlier in May, Mosseri had said a shift to videos was imminent. “We’re moving Instagram to a place where video is a bigger part of the home experience,” said Mosseri.

Every month, 1 billion people log on to TikTok to access various content including dances and lip-syncing videos that make them laugh and learn and discover new things. Since launching 5 years ago, TikTok’s rise to global prominence has reignited a competition for the attention of social media users once dominated by social media companies in Silicon Valley. In 2020, YouTube, known for its long videos, officially tried its hands on short-form content with the launch of YouTube Shorts to allow creators create and share 15–60-second video content with their mobile phones. The feature showed that YouTube was finally taking seriously the competition posed by TikTok, Instagram Stories, Instagram Reels, and the rested Twitter Fleets and Linkedin Stories.

In 2010 when Instagram launched, its co-founder, Kevin Systrom, created a logo that resembled a Polaroid camera to represent that Instagram stood for photo sharing. Over the years, Instagram became the home of aesthetically pleasing pictures. But now, photographers, who were the engine of Instagram’s rise as a photo sharing app, are sceptical about the ability of the app to keep supporting their work. Emmanuel Samakinwa, a photographer working out of Lagos, doesn’t feel welcome on the platform any longer and is seeking alternative ways to showcase their work. “They are not pushing photos anymore. Instagram is not for photos anymore. And we are photographers. We use photos a lot. So it’s not a place for us anymore. Of course, we’re still on the platform until the time something else comes along,” he said.

According to a survey earlier this year in the US, the average TikTok user spends 50% more of their time each day on the app than the typical user spends on Instagram. Additionally, IG has multiple incentives to focus on video. For example, despite being labelled a Snapchat copycat, 5 months after launching Instagram Stories the feature hit 150 million daily users, a number that had taken the entire Snapchat app 6 years to achieve. Earlier in April, during an earnings call, Meta announced that Reels makes up more than 20% of the time that people spend on Instagram. It is not unlikely that Instagram has also set its eyes on the success YouTube Shorts has enjoyed. In just 2 years of its launch, YouTube Shorts has surpassed 1.5 billion monthly users, and IG will be willing to replicate this success and probably steal users from the likes of Shorts and TikTok.

“This means that for brands and content creators to gain visibility or reach a wider audience, they’ll have to include video in their social strategy, particularly, short-form video content due to the dwindling attention span of users,” Karen Okoro, digital marketing expert, told TechCabal.

“As much as we love and are addicted to the platform, IG is still a business at the core of it, and like all businesses, it must evolve with its consumers’ interests. We keep saying we only want to see our friends, but that’s not what we’re mostly scrolling through,” said Nigerian writer Maryam Adetona. “The fact remains we collectively tend to enjoy short clips more, and yes, TikTok helped accelerate that sorta format. But we consume it a lot, the algorithm testifies, and IG doubles down on it.”

Following the backlash from users in the past week, yesterday, Instagram said it is changing its mind on recent changes on its platform. The company promised to phase out the testing of the full-screen feature in the next 1–2 weeks and reduce the number of recommended posts that users see from people they are not following while working on improving its algorithm.

“For the new feed designs, people are frustrated and the usage data isn’t great,” Mosseri said in an interview with Casey Newton of Platformer, a tech newsletter.

Instagram is committing to showing users fewer recommendations, and while it does that, it wants to keep working on improving the content that it recommends to individual users. “When you discover something in your feed that you didn’t follow before, there should be a high bar—it should just be great. You should be delighted to see it. And I don’t think that’s happening enough right now. So, I think we need to take a step back, in terms of the percentage of feed that are recommendations, get better at ranking and recommendations, and then—if and when we do—we can start to grow again.”

Despite agreeing to walk back on these changes, Instagram argues that they were informed by their own internal data regarding the increased popularity of videos among users and the massive growth that TikTok has enjoyed. Instagram admits that the walk-back on these changes is temporary as the company goes back to the drawing board.

The allure of video is too enticing for the company as it is what made TikTok the most downloaded app so far this year and the most visited website in 2021. Instagram has a lot of work on its hands to seamlessly integrate videos in a way that doesn’t change its role as a way to follow the activities of friends and family and maintains its legacy as a static-photo app. But its success as a platform that leans heavily on videos is not guaranteed as it is still seen as a photo sharing app. It will have to battle hard to wrest users from already dominant video sharing platforms.

“I believe Instagram does not have a hold on the video market yet because it didn’t start as a video app, and there’s still a perception of Instagram as a photo app, compared to its competitors,” Okoro said.