Lami, an insuretech startup, hopes to become the premier company powering insurance adoption across Africa by 2030, according to Jihan Abass, Lami’s founder and CEO. The UK-based Kenyan national was visiting her home country when she had the eureka moment that would birth Lami, and on August 2, the innovative startup raised $3.7 million in a seed extension round.

Lami’s humble beginnings started with an aha moment in a Kenyan restaurant. Abass was in her home country, speaking to a couple of waitresses about their insurance packages. To her surprise, these employed women had no insurance whatsoever. She soon realised that there were millions of others like them on the continent without access to insurance coverings, and her desire to leverage technology to solve this problem birthed Lami.

Lami was founded in 2019, but the company went live with its offerings in 2020. Its mission was to democratise how insurance is retailed in Africa, starting with Kenya. With over 80% of Kenyans having no insurance scheme whatsoever, and the average insurance penetration in Africa under 3%, there was a clear market gap in the insurance market. It became Lami’s mission to close the gap and make insurance commonplace.

In a call with TechCabal, Roy Perlot, the co-founder of Lami, shared that the insurtech firm is not necessarily creating the demand for insurance. They are simply innovating the processes that will hack demand and increase it.

“I think there’s obviously an extremely low insurance penetration in Africa, even though there is an insurance need. It is not that people in Africa have less needs. It is always a question of accessibility and affordability. So, what we’re doing is making the product more accessible by offering them in people’s daily lives,” he said.

By building the digital infrastructure to power insurance, Lami is solving the problems inherent in traditional insurance companies’ offerings, which have contributed to low insurance adoption rates on the continent. These problems include long paperwork processing, high distribution costs, difficulties in claiming damages, lack of understanding of terms, and limited offers that are hardly tailored to customers’ needs.

Lami claims to be pioneering the confluence of microinsurance and digital infrastructure on the continent by digitising insurance products from underwriters and tailoring them to customers’ specific needs. One way the company does this is by integrating with other digital or tech companies and offering insurance products to the users of such platforms. A major API integration they’ve done is with African e-commerce giant, Jumia. This allows them to offer insurance to Jumia users at the point of sales. They have also integrated with Sendy, a Kenyan logistics startup, thereby enabling the insurance of goods per trip.

Lami understands that insurance is not on the A list of most Africans’ expenses, so they came up with a brilliant plan to embed insurance into the services we naturally use. For example, imagine you want to buy a laptop on, say, Jumia. Lami calculates a “bite-sized” premium on your laptop and offers you insurance on your new product, thereby giving you an insurance offer that is hard to resist. No paperwork, no drama. Just the reassurance of getting claims for your new laptop if things go south.

Lami has also worked with underwriters across multiple markets to create an all-risk cover for buy-now-pay-later (BNPL) transactions. With this cover, BNPL companies are insured against default through death, job loss, disability, etc.

“Lami is pioneering innovation in the insurance sector, and we are glad to have secured the right partners to help drive insurance uptake across Africa. We are looking to make insurance easily accessible to everyone on the continent, and we will continually be unveiling more products that confirm this resolve,” Jihan Abass, CEO of Lami, said in a statement shared with TechCabal.

Lami’s latest $3.7 million investment brings the total funding raised by the company to $5.5 million. This seed extension round was led by Harlem Capital, with participation from Newtown Partners, Peter Bruce-Clark, Caribou Honig, Jay Weintraub, and senior members from Exotix Advisory, a corporate finance and M&A boutique focused on emerging and developing markets.

On the call with TechCabal, Perlot shared some of the reasons why the Lami team is excited to partner with some of its investors.

“We are happy to partner with Harlem Capital as they rightly fit our need for an investor in a non-African context. Harlem’s global reach will be instrumental for us to meet more investors in future rounds. Also, the VC has a wealth of experience in scaling startups to unicorns, and we’d love to plug into that,” he said.

About the raise, Harlem Capital Principal, Gabby Cazeau, said: “We believe the next wave of fintech will embed financial products and services like insurance into a customer’s purchase experience. Lami’s approach to serving people through strategic partners in ecommerce and finance is the best way to build trust with users and deliver insurance in a seamless, accessible way to Africans across the continent. Lami’s impressive growth to date shows that this resonates with customers and have a strong trajectory as they expand across the continent.”

Lami’s raise comes with a strategic leadership change that saw Perlot move from the role of chief financial officer to co-founder. Perlot, who helped Lami evolve from a B2C-only model to the manifold offers it has today, will now sit with Abass at the helm of affairs to push Lami’s growth in the continent.

Per the press release, the $3.7 million funding will be used for business development, product and technology development, and expansion to other countries, including Egypt, Nigeria, and Uganda. 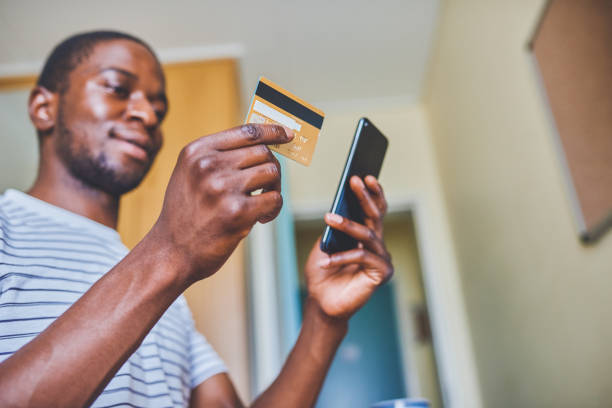