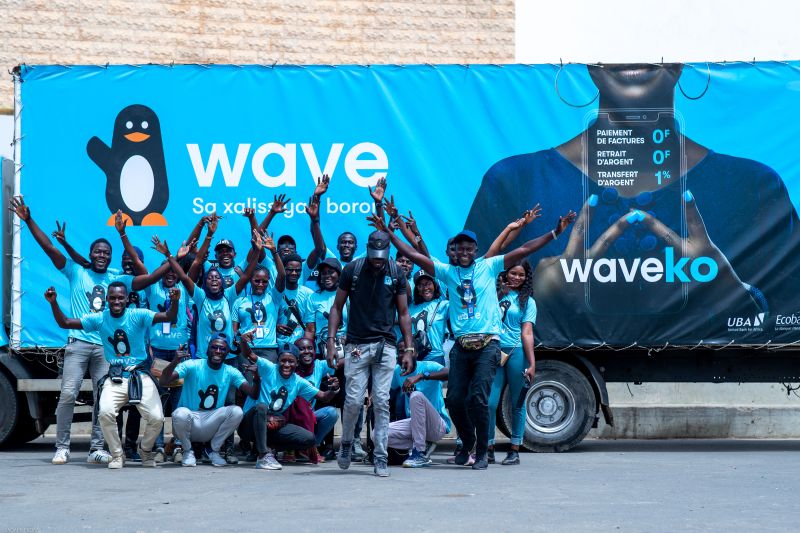 Wave, a leading mobile money provider, became a household name 4 years ago across francophone West Africa for 2 different reasons: crushing monopoly and bringing the mobile money pricing structure down by 80% in Senegal.  For the rest of the world, its popularity arrived when it became the first unicorn from the francophone Africa region following its $200 million fundraiser last year.

But none of this happened without heaps of recurring challenges. The fintech company first launched in Senegal in 2018 and charged a 1% transaction fee on transfers while offering withdrawals, deposits and bill payments (water, airtime, and electricity) for free. The low fees/free model looked like a bogus customer acquisition strategy that’d die a natural death. Before Wave’s entry, telecoms companies like Orange, whose mobile money operation Orange Money dominated the market, were charging between 6–10% transaction fee. As expected, Orange frowned at Wave’s alien idea and referred to it as “a dangerous method that would destroy the country’s economic fabric.”

Ndiaye Alioune, managing director at Orange, once claimed in an interview that “Wave’s strategy led to Orange Money’s network of distributors, who used to share half of the telecom company’s turnover, losing 50% of their income, and also caused the loss of more than 20,000 jobs in Senegal and could have more damage in the future.”

But the users thought otherwise as they migrated to Wave in mass. After all, Wave was the market saviour who’d come to provide them with affordable alternatives. It would soon become apparent that the model of charging customers for cash withdrawals was certain to fail and the entire mobile money market must quickly adjust to Wave’s radical rulebook to stay relevant. Since June 1, 2021, Orange, particularly, has maintained a flat charge of 1% on transfers and other players like Free and E-Money have since followed suit.

And that was how the entire market aligned to and validated Wave’s radical business model. The startup has since expanded into Cote d’Ivoire and quickly snagged millions of users. Following its successful blueprint, the company expanded into Mali, Uganda, and Burkina Faso. Even though Wave didn’t respond to TechCabal’s question about its profitability, business seemed to be good, and the open war between the players appeared to have subsided. But a few weeks ago, Wave announced that it was laying off 15% of its 2000-strong workforce and would be pausing its expansion effort while centering focus back on its 2 major markets (Senegal and Côte D’Ivoire) where it has combined users of over 10 million. This development signals to competitors and market commentators to put the sustainability of Wave’s model back under scrutiny.

The concerns are: Maybe the venture funding has stopped coming; is this the end of growth for Wave? How long can it stay afloat without the fast growth enabled by VC cash? Why can’t Wave expand seamlessly?

“When you are a fast-growing and regulated financial services business like Wave is, you have to constantly navigate new paradigms (the global economic downturn and capital markets) and quickly adapt and alter strategies to prioritize our customers and keep on delivering on our promises of always reliable and affordable financial services.” Sid Sridhar, the company’s global head of business, told TechCabal. “The company is still growing rapidly but we have to slow down the pace of entry into new markets to ensure we’re focused on serving the 10 millions+ active users in existing markets.”

This response from Sridhar confirmed the speculation that the company was adjusting to the current VC funding market. After all, the company must continue deploying huge cash to take on the big telecoms and banks to see its “cashless Africa” vision to fruition, and it must do so in every market it expands into. The low fees/free model alone can’t cut it for the company anymore, not now that competitors have adopted the model at scale.

Alioune, the Orange boss, had also said that Wave’s model is disruptive because it is financed by venture capital funds with little regard for short-term profitability. “They invest money in the hope that the startup will manage to take over the entire market and then exit, recovering 10x to 15x of their initial investment,” he said. “It’s like the Amazon model: they burn cash—the e-commerce site has been doing this for over a decade—in the hopes of eliminating the competition.”

It’s true that the mega venture funding shot Wave’s ambition to the moon and gave it leverage to really compete. Now in the absence of big-ticket VC financing due to the global economic downturn, what would realistically be the fate of the francophone unicorn? The answer is simple: cut costs, source alternative funding, or both. Wave then went for both. It cut costs by calling off its expansion plan, downsizing its workforce and then raising a debt fund of $92 million, the biggest debt funding yet in Africa, from the International Finance Corporation (IFC) and some other big lenders.

“Debt funding is always a desired source of capital, as it’s generally much cheaper than equity (where you have to give up ownership). Like most large and established businesses, a mix of debt and equity is the ideal way to capitalise a growing company,” Sridhar said. “Also, our businesses in Senegal and Cote d’Ivoire are more mature and stable whilst still growing rapidly, which is something lenders look for. We’ve optimized our balance sheet by raising both debt and equity capital and found a great partner in IFC to lead the debt round. We’ll continue to raise both debt and equity capital going forward.”

This means that while expansion has now been undrafted, the new capital injection provides Wave a war chest wide enough to continue snagging market share from Orange and its cohorts in Senegal and Cote d’Ivoire.

”When a business continues to put customers first with a viable model, it will continue to grow sustainably as there are still tens of millions of people that need access to affordable financial services in Africa,” Sridhar concluded.

Comparing Wave to Amazon is spot on. Besides the huge capital invested in both businesses, their long-term pricing strategy and the plethora of products make them the real market winners.