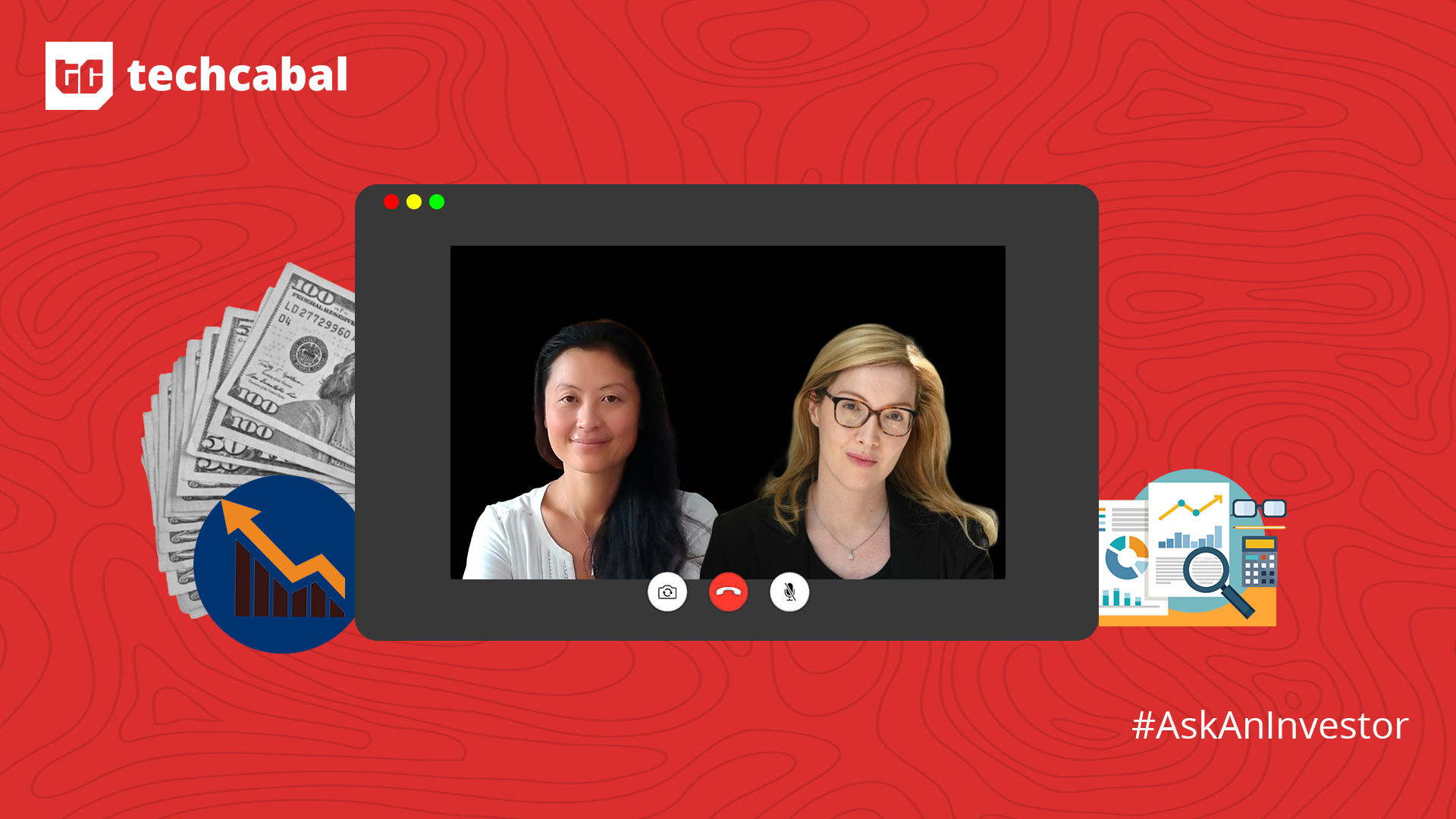 By the age of 26, Lin Dejean Yun had built her first business and exited it. She sold her company, a digital identity security for Fintech companies, to the French multinational telecommunications corporation Orange.

Then she became an investment banker who started investing in startups on the weekends as a leisure activity in 2008.

“I didn’t feel like we were contributing enough. So I met Patrick Linden, and we started investing in ideas and entrepreneurs we believed had the capacity and willingness to execute,” Dejean said. “We were very enthusiastic in helping founders in any way we could, and we imported some of our methodologies from our experience and corporate practices.”

Dejean moved to Dakar, Senegal in 2019 and the next year, Dejean and Linden formed Transcendance Venture Capital adding new partners such as Nathalie De Gaulle and Olivier Bariety who were serial entrepreneurs and cyber security experts.

De Gaulle, for example, worked at Societe Generale Corporate and Investment Banking (SGCIB) and Engie before setting out to build her own companies with a focus on business intelligence, cyber communication and biotechnology. De Gaulle later sold some of those companies and became an angel investor.

Today, Transcendance VC operates in Asia, Europe, the Middle East and Africa. It is divided into two different sub-funds. Dejean manages the Climate fund, which focuses mostly on food security, energy security and sustainability. De Gaulle and Bariety focus on security and cybersecurity projects across the Middle East and central Europe, with an eye for Africa. Linden focuses on scaling startups across board and getting them listed.

Today, Transcendance VC currently invests up to $500,000 in African startups. Over a call with TechCabal, De Gaulle and Dejean shared more insights on their unique approach to investing in startups.

Daniel Adeyemi: How did Transcendance VC come about?

Lin Dejean: When we started, Singapore didn’t attract the attention it deserved from VC but when we exited our first company IBuy and Food Panda in 2013, people start looking in this direction. Since then American VCs have flown to Singapore, and because the country has a great government policy, Singapore has become the largest VC center in South East Asia.

We’re here to do good. The firm’s name transcendance is symbolic. We’re first transcending ourselves in trying to go as far as we can. We’re also trying to take the people around us/the companies we invest in to transcend whatever ceiling that the society has given.

We’re seeking to transcend whatever capitalism has given us in today’s world, whether it’s the glass ceiling for women or for social differences/classes.

One of the things that make us different from other VCs is that the duration of the normal fund is 12 years and you typically wouldn’t see many exits before the 10–12 years. For us, we want to have exits within the timeline of three to five years. In the past, we’ve done the same with our companies.

Sometimes we conceptualize companies that already had an exit contract even before the company was set up.

This is possible because when you’re working with a very good team and a well-structured company, then the sky’s the limit. The exits can happen pretty quick. And that’s how we want to do our job. As venture capital firms the Limited Partners (LPs) don’t get paid until we have exits. We want to create exits and payouts that are good for everyone.

In 2016, we became an investor in one of the best VC funds in the UK, Passion Capital, which we’ve used as a type of double hedging instrument. And I say that because when you work in South Asia, it’s not the most creative market in the world; ideas from other markets like the UK  tend to be replicated there. So we invested in Passion Capital so we could actually see what’s happening in advanced markets and get inspired to duplicate it elsewhere like Africa. We also get to learn from other LPs, like Ellen Burbidge, the biggest LP in Passion Capital.

DA: What’s your experience been like investing since your first fund?

LD: We raised $30 million for our first fund in 2015 to focus on companies that digitized the different aspects of your life such as food, delivery, e-commerce, recruitment and we added influencer marketing in later stage to boost our startups.

Along the way, we didn’t only have successes, we also had failures. Our failures over the more recent years have led us to work on the importance of management in early-stage startups. So as of today, we have created a methodology for assessing the compatibility of a startup team member. For example, I can ask an entrepreneur to give me the Myers-Briggs profile of the entire team.

From these profiles, I can detect that two employees don’t get along well without knowing the people. Most often when I do this, the entrepreneur is surprised. We then create a management strategy to reorganize the team to fit the phase the company’s at.

We can add pet projects to enable people of different characters to work together and sometimes we even step into the company for a whole day, where we do a day of team building, and we will literally invent games or methods that actually solve the core issue they might be having. For instance, I had to work with a team that was entirely Extraverted, Observant, Thinking, and Judging (ESTJ). ESTJs are very dynamic workers but can be very aggressive.

So I made them play a geopolitics strategy game. I just mixed the team up and scattered them across different geographies. This made them understand that we all need each other. I also made them talk about how they see the other members of the team from the game.

Nathalie De Gaulle: We’ve hired people, grown teams and had our own set of failures. We really know what it takes to build a company, train people and sell the company at the end of the day.

When we meet with entrepreneurs who are passionate and dedicated, it reminds us of our old selves, and because we’ve been there, we know exactly what they’re doing. I think this makes a difference because most of the time people in the VC space are just people who’ve had a very good education and have been working in finance their whole life, but they’ve never started or run company themselves. It’s not necessarily a bad thing, per se, but the experience we gained from running startups is an advantage.

DA: What do you look out for in founders or startups before investing?

NDG: We look for people we who are very passionate, have a good product and a great team. These three factors— product, team and timing—have to be aligned.

The product is key because if you have a super great team and a bad product, it will never work. Then you need the market and timing to align because sometimes you invest in companies too soon or in some cases too late and then it doesn’t matter because it’s all about the first mover. As Lin mentioned, training people it’s almost like working as a psychologist, you need to be able to recognize when a person is a leader or if they’re shy and need some coaching.

LD: To add to what Natalie said, in terms of product market fit, you’d be surprised that even in a market like Singapore, which is considered a mature VC market product, management is still a problem. They can’t get good product managers here. So during COVID, we got quite bored and we created a product management methodology because our belief is you don’t make one product forever. You make a product that evolves as you find more problems to solve, we call it market discovery. So we have a permanent market discovery mechanism embedded in every single startup, we mentor and invest in.

LD: We’re simply looking for business models and startups that are focused on impact and that are profitable. For instance, our climate fund is starting with two focuses: green logistics (renewable energy) and agriculture. As simple as that sounds, it has huge benefits. For example, the introduction of farming equipment and other inputs on a piece of land in the US or Europe, would bring about a higher yield. In Africa where the yield is low, the introduction of agriculture tools and inputs can easily double food production.

We’re trying to demonstrate to the world that impact is not necessarily charity.

DA: What are some red flags you look out for?

NDG: A company that’s constantly incurring debt and not doing anything to get out of it is definitely a red flag because we believe that in whatever we’re doing, we’re here to do better than the previous day.

We’re not talking about convertible debt. Some businesses have a model where it’s just loss-making full-time with no ever plan to make break even. We find that almost a bit unethical towards our LPs.

We also need someone who’s fully committed. It’s an outright No for any entrepreneur who’s doing it as a hobby or part-time, you need to be 100% in. We focus on local founders who live on the continent; we don’t invest in founders who just fly into the continent and go back to run the company from Europe or America.

DA: How do you perform due diligence?

LD: Our due diligence has the classical part where we talk about the corporate structure, we check the legal profile of each founder. Beyond that, there could be instances where an entrepreneur is asking for investment for an eCommerce idea, while he’s still operating a logistics company. When we see there’s a difference between what the business is and what the business could be, we let the entrepreneur know by providing a spread analysis and tell them what to do to fix it.

Due diligence is gradual; it can take anything from a month to 3 months, depending on how prepared the company is. When the company fulfils an obligation we release the funds and if the entrepreneur disappears, then we hold off on disbursing money.

We really want to make entrepreneurs understand that execution is key, and that those who execute within the startup should be compensated for executing.

DA: What are some key trends you see in the market?

LD:  What I can see is that there’s a lot more private funding coming into impact projects in Africa, which is good. More people are thinking about sustainable impact projects.

Generally, while there’re a lot more funds focused on climate in Asia, what I’m hearing from my peers is that they don’t really feel they’re making a difference. When I talk about what we’re doing in Africa, it appears more measurable and direct. I think that will attract more interest in Africa.  In Asia and Europe, there’s a lot of money going into the Web3 space.

NDG: Everybody’s talking about ESG with a lot of focus on the environment aspect of it which is climate. But the Social and Governance aspect matters too, so we’re considering creating a leadership program tailored for women. We want to work with startups and large companies, partnering with business schools across Africa, Europe and the US.