Adaverse is backing a diverse range of Web3 startups across Africa 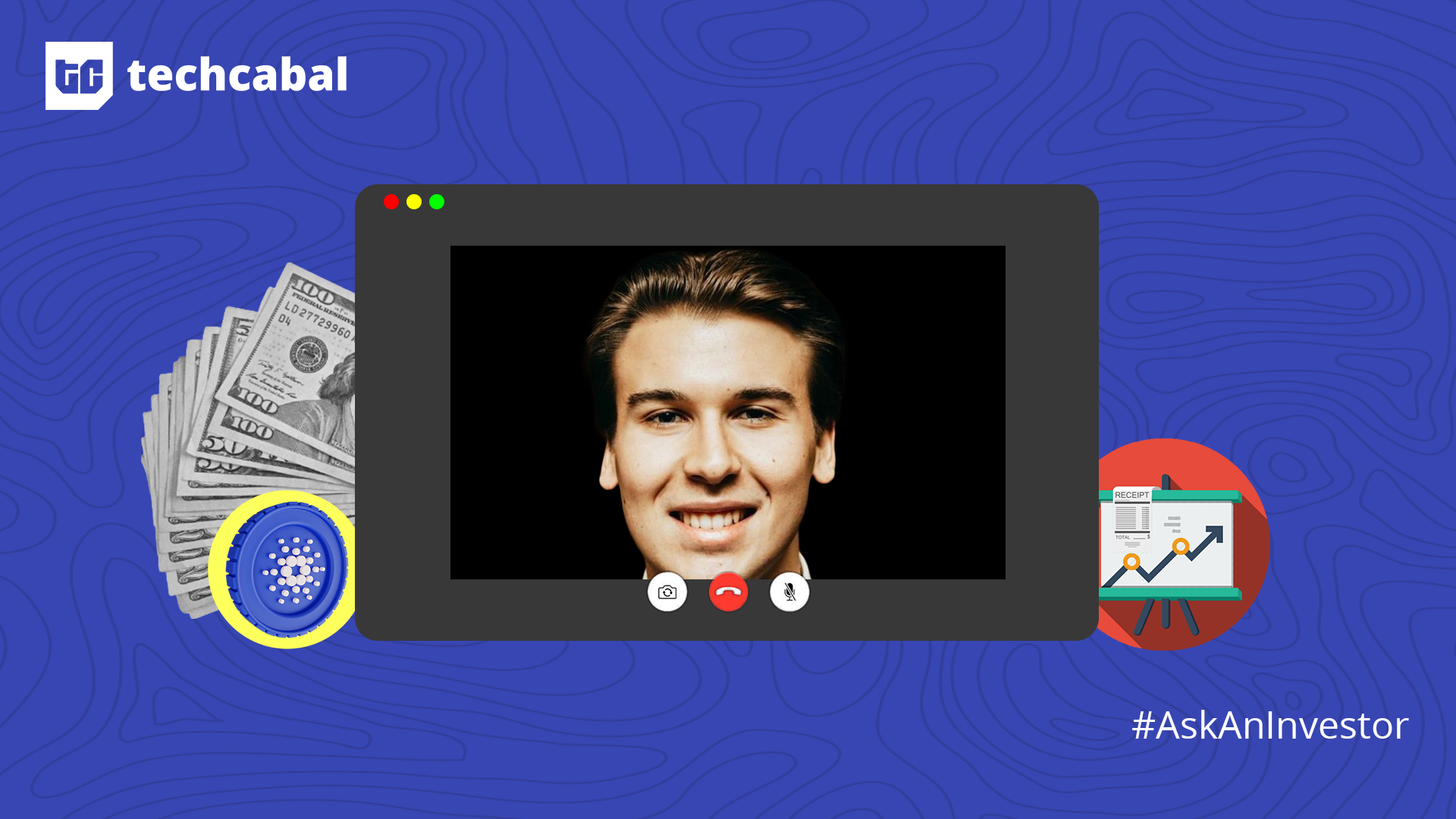 These days almost everyone is talking about Web3, the third iteration of the internet that’s primarily built on blockchain technology, birthing an army of web3 enthusiasts and startups.

There are 15,648 web3 startups in the world, out of which 79 unicorns have emerged, per Crunchbase web3 tracker.

In October 2021, the Adaverse accelerator was created by EMURGO (parent company of the Cardano foundation) and Everest Ventures Group, a Hong Kong-based venture studio. They started the accelerator to address this imbalance and support blockchain founders in Africa and Asia with funds, mentorship and tech infrastructure to scale Web3 solutions across the globe.

Over the past year, the $100 million funded accelerator has backed notable African startups such as Zimbabwean-based pan-African freelance marketplace Afriblocks, crypto infrastructure startup Cassava Network, Defi startup Stakefair and 10 other African startups. The accelerator invests between $50,000 and $750,000 in startups.

Over a call with TechCabal,  William Phelps, an investment manager at Adaverse, explained how the accelerator invests in African Web3 startups.

Daniel Adeyemi: One thing you emphasised at the recent Lagos Blockchain founders hangout is that the Adaverse is not just looking to invest in cryptocurrency exchanges because the blockchain is more than cryptocurrencies. Why is this important to you?

William Phelps: I think it’s interesting that you mentioned crypto exchanges, which is a good place to start when it comes to the whole web3/blockchain space. A big problem globally is that when people talk about blockchain, it’s automatically associated with cryptocurrencies. And while crypto is a part of the blockchain, the blockchain is not about crypto. I think the problem that that type of thinking causes is that there’s some sort of conflation that is very unhelpful because people assume that the only utility and benefit of blockchain is quick profit from the trading and exchange functionality.

One thing that we’ve seen in Adaverse and particularly within Africa is that there’s a wide variety of use cases that blockchain can offer. And the reason I say that is because I think within African markets, there are some very clearly defined pain points, whether in finance, access to services, infrastructure, etc. And blockchain provides solutions to each of these problems in very innovative and diverse ways.

So a big part of our investment strategy, beyond just being investors, is actually looking for projects that target specific pain points and have real-world effects and grassroots utility.

We look beyond just innovating for the sake of innovation.

DA: What do you look out for when investing in startups

WP: We’re an accelerator; we don’t invest in projects that are too early because if it’s just a concept, then we cannot accelerate it. We look for projects that have a minimum viable product (MVP) and have some initial traction. We also look for tokenisation potential, because at Adaverse we specialise in tokenomics and token support, and given our links with Cardano, we like to work with projects that are open to tokenising on Cardano and developing that tokens with Adaverse.

More generally, however, seeing a strong founding team is very important because I think something which is not discussed enough in the startup space is co-founder synergy: the ability of co-founders to work together with the same goals. From an investor’s perspective, if we see discord within the actual founding team, it doesn’t inspire confidence.

Beyond that the existence of the team in the first place is very important, because although it’s very noble to be a sole founder that’s building everything yourself. It’s very difficult to scale on that basis.

It’s worth mentioning that Adaverse is very flexible, while we’re focused on investment strategy and philosophy, all the things I’ve mentioned aren’t red lines in any shape or form.

DA: Can you clarify what you mean by tokenisation?

WP: We look out for an openness to build on and tokenize on Cardano, which is a popular blockchain platform. Adaverse provides a lot of token support, particularly through the accelerator program. We help companies that want to issue tokens, build up tokenomics plans, and look at the technology that sits behind them. The way we can do that best is when they’re tokenizing on Cardano, given the fact that our position within the Cardano ecosystem gives us a lot of very deep access to network to connections to technical support.

WP: There are two main selling points for the accelerator: connection and composition.

I think our position within the Cardano ecosystem makes us the best-placed investor and accelerator for projects looking to build on Cardano ecosystem because we have a very deep network of technical support and fundraising support than other VCs and institutional investors I’m aware of.

Adaverse is unique among many investors and accelerators because we’re very active on the ground in Nigeria and in Africa and worldwide.

We pride ourselves on being very much grassroots-focused and early-stage focused which lends itself well to our accelerator programme. So I’d say we have a better understanding of the market and the way blockchain works within that market to actually make the right investment decisions and support those projects. This is very beneficial from a business sense, and also for the development of the African tech ecosystem.

DA: How long does it take to decide whether to invest in a startup?

WP: So typically, when we receive an application, we have a very basic look at the nature of the project, the founding team, and the traction behind the project. As I’ve already mentioned, because we’re an accelerator and not an incubator, it’s important that projects have some traction and have at least a basic MVP built and go-to-market strategy to match.

Once we ascertain that the application meets that criteria, we move on to have a first meeting to further understand the project, its direction and its fundraising needs. Then we’ll have a further call with the Cardano foundation and then if we decide to invest, we’ll make a commitment.

In terms of a precise timeline, it’s difficult to say because all projects are different in terms of the information we need from them and how fast they’re able to provide this information.

We’d aim to decide within a month. People can apply via the website or send me an email.

DA: What are some red flags?

WP: The first thing that always comes to mind is desperation for an initial coin offering (ICO) before there’s actually a product. We see a lot of founders releasing a token or their own cryptocurrency as a quick route to funding.

We meet guys who claim they’ll mint a billion tokens that’ll be valued at $1 each.

So whenever we see projects that are leading with a token and don’t yet have a product, that’s an automatic red flag to us that they’re not so concerned about building the product, but instead are preoccupied with making quick cash.

I say this to all startups, if you can’t describe what your company is looking to do, in one sentence or less, it’s probably not a very good company. So far, simplicity is key. Know why you are building it, what it’s looking to do and what problem it’s going to solve.

The third and final thing is that it’s very tempting, for solo founders, especially those who maybe don’t have the best technical basis in blockchain, to outsource a lot of the developmental and technical work to third-party developers. Those third-party developers have no commitment or obligation to the project, and can actually bring about a lot of risks when it comes to things like intellectual property and the go-to-market strategy. That is always a red flag that makes us less willing to commit to a project, knowing that it’s not being built by a full-time team.

DA: What are some key trends you’re seeing in the Web3 space?

WP: I think we’re at an interesting time and even at crossroads to a certain extent for two reasons. From a regulatory perspective, we’re gradually beginning to see a tendency towards regulatory acceptance of blockchain, digital assets and cryptocurrency. This, in turn, I think, is giving founders more confidence to actually start building bigger and better solutions in the knowledge that they’re not going to be penalized or shut down by regulators for it.

Now, of course, this is all in very early stages. We know the Central Bank of Nigeria has not shown acceptance and in other African countries, regulators are pretty quiet.

There’s also a lot of optimism for the future of this technology in terms of investments. A common trend I used to see was that the majority of companies in Africa that have received investment had either been founded by Africans who were educated abroad or Africans that grew up abroad and returned to Africa.

Whereas now, we’re beginning to see the rise of what we might call more indigenous projects, projects that are built in Africa by founders who grew up in Africa, and are applicable to the African market in terms of being real solutions for real problems.

Those two points overlap which means that over the next three to five years, we’re going to see the real fruition and blossoming of the African Web3 and Web2 space as we’ve seen in South-East Asia. This is exciting both for investors and founders. 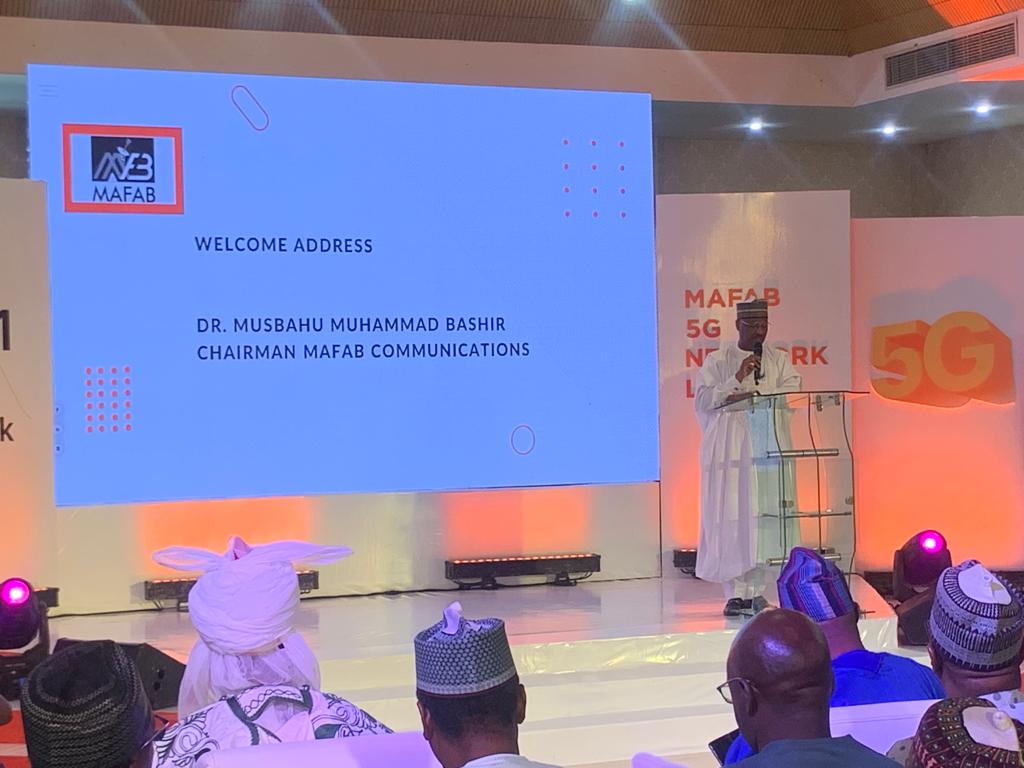