How tech communities are solving the talent problem in Nigeria 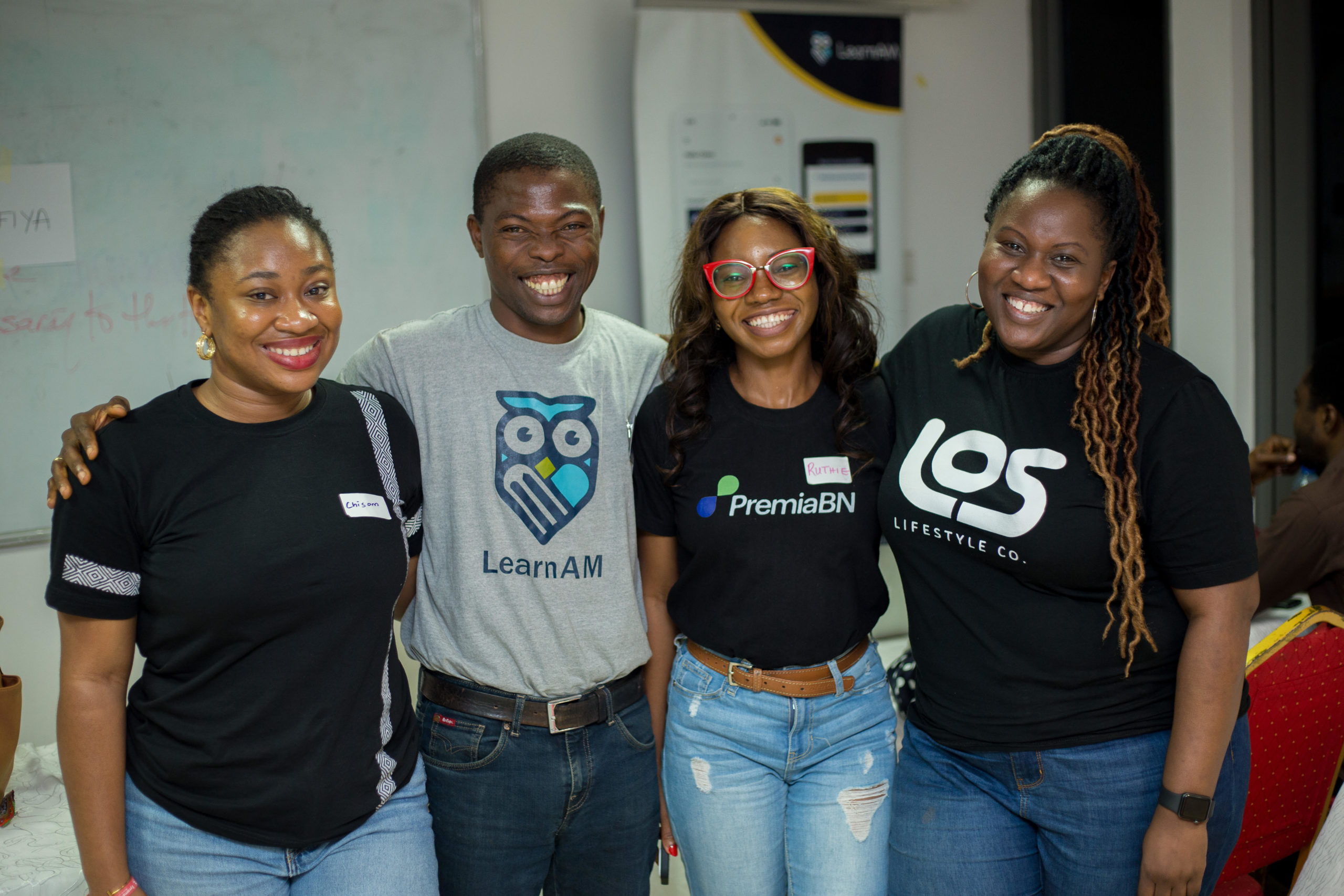 This guest post was contributed to TechCabal by Amanda Madumere.

On a breezy July morning, dozens of recruiters from 27 companies chit-chat with over 80 job candidates sitting across tables in a conference room at the Landmark Towers in Lagos, Nigeria. The occasion is a job fair.

The job application process is often a daunting process for job seekers. Many employers have come to rely heavily on the ATS to administer their hiring process, causing job seekers to be hamstrung by the race against algorithms—in addition to other existing stressors in the job readiness process.

This job fair at Landmark is stripping down the daunting application process by connecting quality talent directly with recruiters, and in turn, subverting the algorithm.

“These companies are willing to listen to me. I am having quality conversations about my passion, and for the first time, I feel heard,” says Rachel Magaji, as she recalls a conversation she has just had with a recruiter about her work as a product designer, her background in environmental management, and her aspiration to solve real-world problems through the design and discovery of new materials.

The job fair was organised by the Premia Business Network (PBN), a community of entrepreneurs, investors and professionals building a business network in Africa and its diaspora, and the alumni network of the Nigerian University of Technology and Management (NUTM).

The World Bank, in its Nigerian Economic Update for the fourth quarter of 2019, has predicted that the number of job seekers in Nigeria will keep increasing as long as population growth outpaces economic development. According to a report published by the National Bureau of Statistics (NBS) in the first quarter of 2021, Nigeria’s unemployment rate increased from 27.1% to 33% within the second quarter of 2020.

These statistics point to gloom, but Chisom Amadi, chairperson of the job fair planning committee, believes it is possible that the ship may yet be steered in the right direction towards better outcomes.

“It’s been a tedious but rewarding couple of weeks leading up to the event,” Amadi says, “but I am glad that both the recruiters and candidates found value.”

Amadi wears three hats as she is a member of the NUTM Alumni Network, PBN, and the job fair organising committee. The team had spent days leading up to the event on vetting candidates, giving CV optimisation tips, hosting debriefing sessions for the candidates, tagging tables, setting up virtual channels, and directing volunteers. Their work did not stop there, as they also made on-the-spot referrals and recommendations during the job fair—as efficiently as a well-oiled machine.

The committee adopts a straightforward approach by vetting talent and providing them with some of the resources they need to thrive currently as job seekers and, subsequently, as employees. They shift the gaze away from technical skills to non-specialised, transferable skills. The candidates are given pointers on how to advertise their skills on personal branding, are prompted to demonstrate leadership in the workplace, and embody a self-improvement zest about them.

“What most companies do is go in through the doorway of the tactical and forget the behavioural,” says Juliet Funt, CEO of WhiteSpace at Work, highlighting the equal importance of unspecialised skills. WhiteSpace at Work is a training and consulting firm that helps leaders and employees of organisations flip the norms of business in order to reclaim their creativity, productivity, and engagement.

The job fair planning committee recognises the importance of behavioural and non-specialised skills in the workplace, having themselves—alongside other alumni in attendance at the job fair—undergone the immersive and well-rounded curriculum of the NUTM. The committee has decided to bridge the gap between talent and recruiters by building the talent pipeline and equipping candidates with important non-technical skills that give them a competitive advantage during interviews and at the workplace.

“I am really excited that the career fair was a huge success by all accounts”, says Bola Lawal, the founder and convener of PBN.

As an entrepreneur and a community builder, Lawal is a firm believer in utilising a community approach to solve problems. “We have a big talent problem in Nigeria where there’s a big mismatch between available talent and jobs employers are seeking to fill.” With the job fair, the planning committee has been able to create a bridge between top employers from the PBN community and quality candidates from the NUTM network. He says that this is the model they hope to explore further and replicate with subsequent editions of the fair.

“The first thing I loved about the job fair was the organisation,” says Maxwell Ogunfuyi, co-founder and CTO at Scholar X. “I like that the CVs of candidates were shared ahead of time, so I already knew which candidates to look out for.” Ogunfuyi says he was particularly on the lookout for a software engineer for his startup’s flagship product, LearnAm. He says the candidates did not disappoint as the quality of the candidates present was top-notch.

The full disclosure approach was beneficial to the candidates as much as it was for the recruiters. As recruiters were provided with candidate CVs ahead of time, so also were candidates provided with recruiting company profiles and details of available roles within these companies.

“One thing I liked about the job fair was that I was able to know beforehand what roles companies were interested in hiring for,” says Toheeb Ojuolape, a full-stack software engineer and designer. He believes having the company profiles beforehand gave him an advantage as he was able to have a full picture of organisational needs and highlight his skills according to their relevance to each organisation.

Since the fair, Ojuolape has gotten offers from companies building what he thinks are amazing products.

If there is to be a collective impact given the present negative job trends in Nigeria, young people must understand how to connect—and connect quickly—in this rapidly changing globalised world.

Impact, to the job fair organising committee, is candidates succeeding and evolving in their roles. “Being able to connect these self-starting, solution-oriented people to quality jobs is fulfilling,” says Amadi, as she talks about the satisfaction she feels having facilitated a talent match for a pharmacist who would eventually evolve to thrive as a pharmaceutical supply chain expert. Looking at the future, she says, “We are looking at a finishing school for Nigerian talent.”