The instant messaging service was down for two hours yesterday. For some, the outage didn’t last long enough. For others, Slack and Microsoft Teams should have followed suit.

Meta hasn’t given us a reason for this year’s downtime but here’s a list of all the WhatsApp outages that have happened within the last four years. 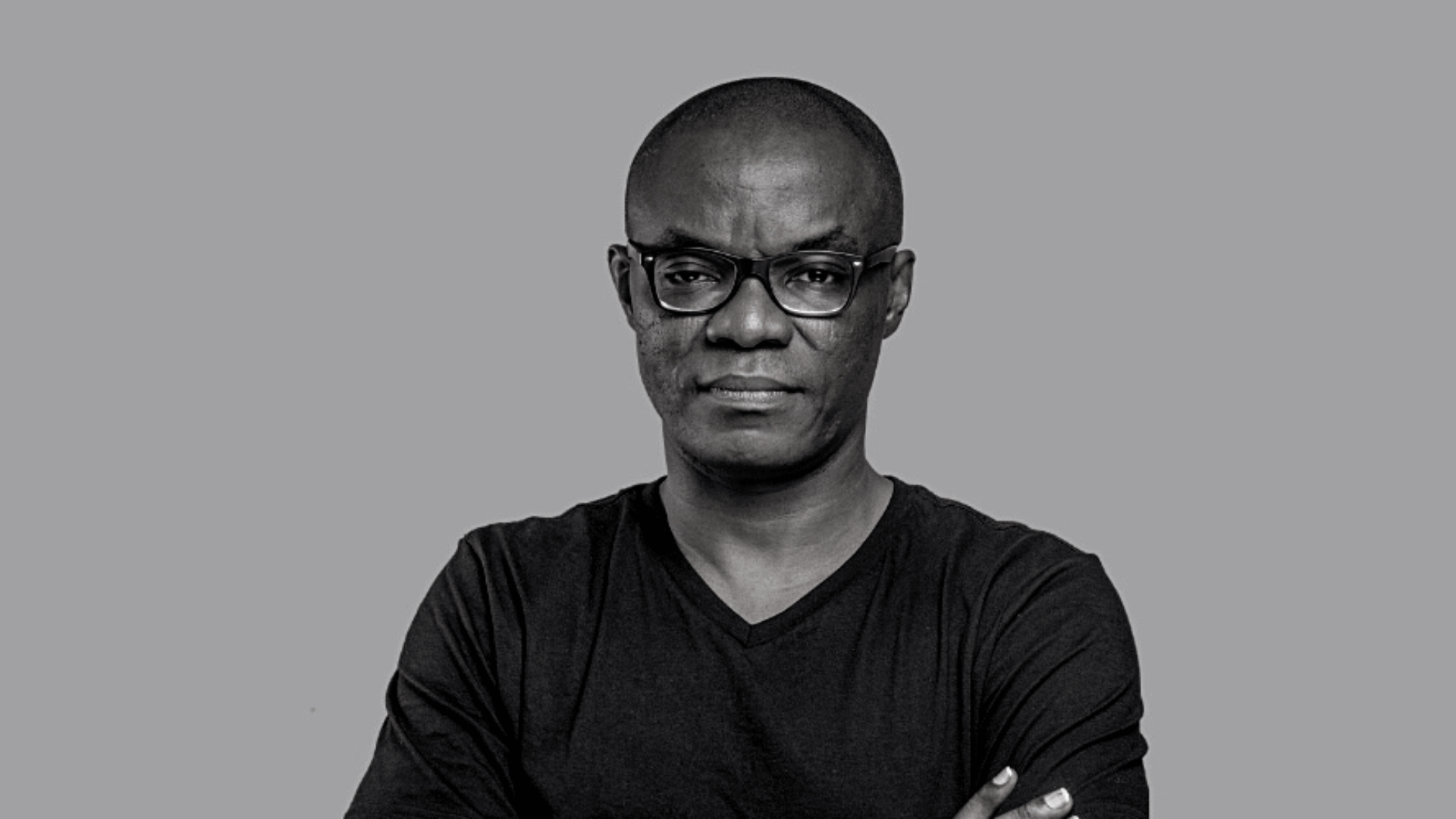 A few days after Kloud Commerce founder and CEO Olumide Olusanya was accused of misappropriation of funds and fraud, the board of directors at Kloud Commerce released a statement redeeming Olusanya.

And what does the board say?

According to Kloud’s board, the accusations are “unfounded rumours” levied by a single investor.

In a statement read by TechCabal, the board revealed that the company received a recapitalisation offer from an investor in April but the terms of the investment were unfavourable to Kloud. “During the disagreements over the recapitalization negotiations, the said SAFE Investor started spreading unfounded rumors and allegations of financial impropriety on the part of D.O, whereupon an unsuccessful attempt was made to rally other investors to petition EFCC on the back of this,” the statement read.

The board denied claims that Olusanya “travelled the world” on the company’s pocket, stating that the founder has only been out of the country once on Kloud business.

WeeTracker’s article—with statements from employees at Kloud—also alleged that Olusanya paid himself salaries while his staff remained unpaid. The board denied this, claiming that Olusanya had only taken one month’s salary in 2022, and allegedly took personal loans to pay off staff salaries before Kloud shut down in September.

On claims that the founder pocketed a USD investment, the board cited CBN regulations and claimed that the said investment was withdrawn in cash and repurposed as salaries in 2021.

Zoom out: While the statement was shared by someone close to the source at Kloud Commerce, it was not signed by any of the known board members at Kloud Commerce. WeeTracker’s piece noted that Olusanya made himself board of Kloud. At the time of writing this, TechCabal is unable to verify the authenticity of the statement. 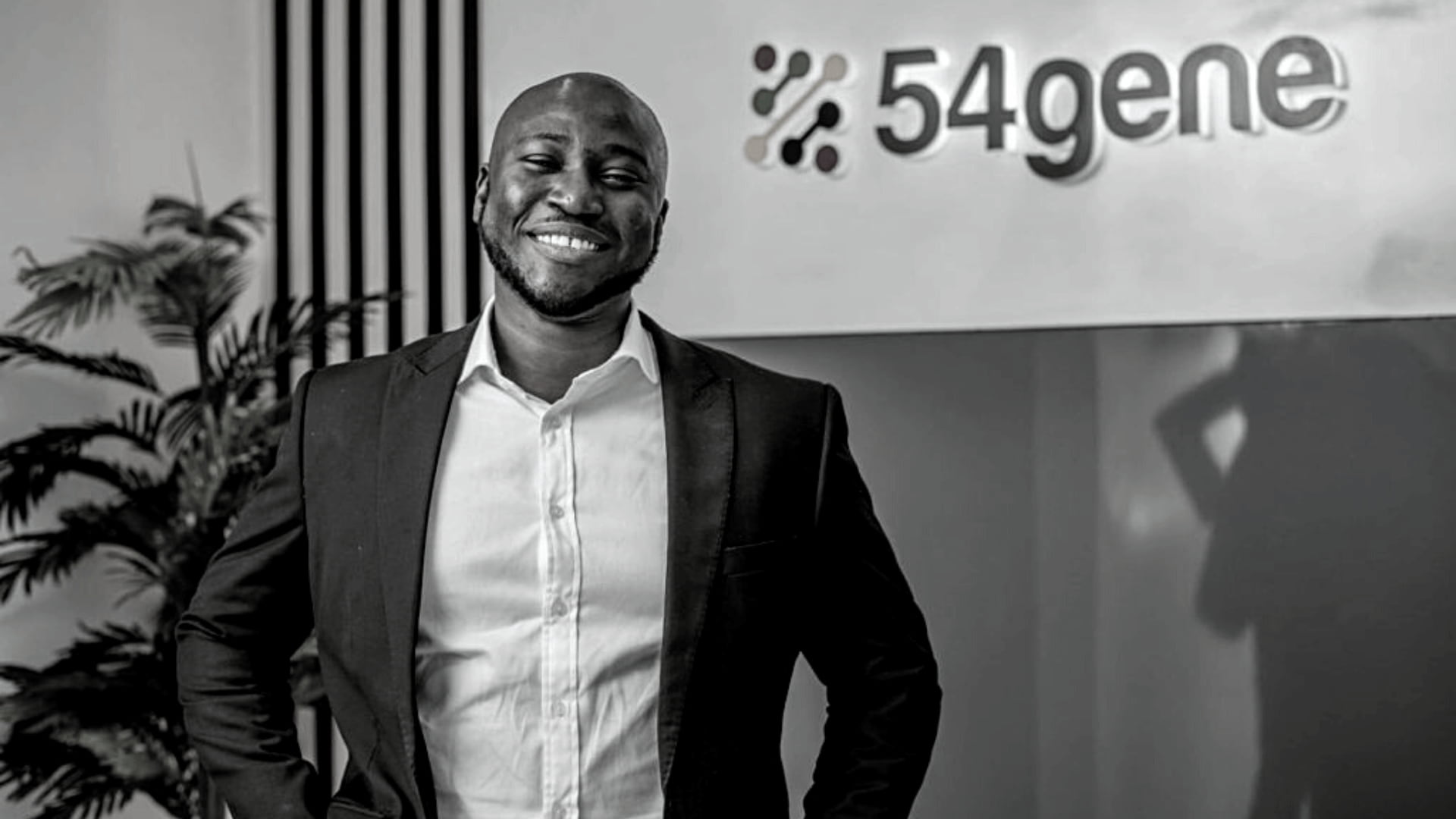 Layoff season might be slowing down, and it appears “step down season” is up next.

Step down season, we literally just said that. 😒

Yesterday, 54Gene announced that its CEO and co-founder Dr. Abasi Ene-Obong, co-founder and CEO of 54gene had resigned from his position.

This news comes two months after the genomics startup laid off 95 employees due to funding restraints. It also comes a few weeks after another C-Suite employee, Ogochukwu Osifo, 54gene co-founder and vice president of engineering, announced his departure from the company.

It’s not clear why Ene-Obong is stepping down, but the company’s recent struggles are likely to be a contributing factor. After the recent layoff, there were unproven allegations of financial impropriety leveled against Ene-Obong.

Since its 2019 launch, 54gene has raised a total of $45 million in investments—including a recent 2021 $25 million series B round—to further its mission of advancing drug discovery in Africa.

Speculations by online bystanders include thoughts that the company’s relevance post-COVID dwindled. During the pandemic, the startup played a pivotal role in conducting COVID tests across the country and purchasing necessary equipment.

The big picture: 54gene’s General Counsel, Teresia L. Bost, will take over as interim CEO while Ene-Obong joins 54gene’s board of directors as a senior advisor. The company is also restructuring its business and plans to conduct a second round of layoffs as it moves to focus on unique genomics research.

MTN IN TROUBLE OVER FALSE ADVERTISING IN SOUTH AFRICA

Now, the telco has been found guilty by the Advertising Regulatory Board (ARB) in South Africa of false advertising.

A Samsung Galaxy S22 promotion that promised subscribers a free 25W charger with a cellphone contract was found to have misled customers, according to the regulatory board.

Jayden Gelman, a customer that was affected by the misleading advertising brought a complaint to the ARB stating that he purchased the advertised phone hoping to get a free charger. The victim was later informed by MTN that the offer was only available to the first 1,000 customers.

Gelman argued that no note was attached to the offer, alerting consumers to the existence of any terms and conditions.

In its defence, MTN responded that it was not a requirement to include an asterisk, citing the Vox Fibre v. Christopher McCreanor case, which states that “reasonable consumers” should be naturally aware that terms and conditions exist for every offer.

The ARB, however, decided in Gelman’s favour, citing Clause 4.2.1 of Section II of the Code of Advertising Practice, stating that MTN’s offer is a special offer relating to a free item’s availability at the start of the contract.

Zoom out: This is the second false advertising decision the ARB has levied against MTN in recent times. Last month, the ARB sanctioned MTN for misleading consumers about the validity of its one-day data bundle plans. 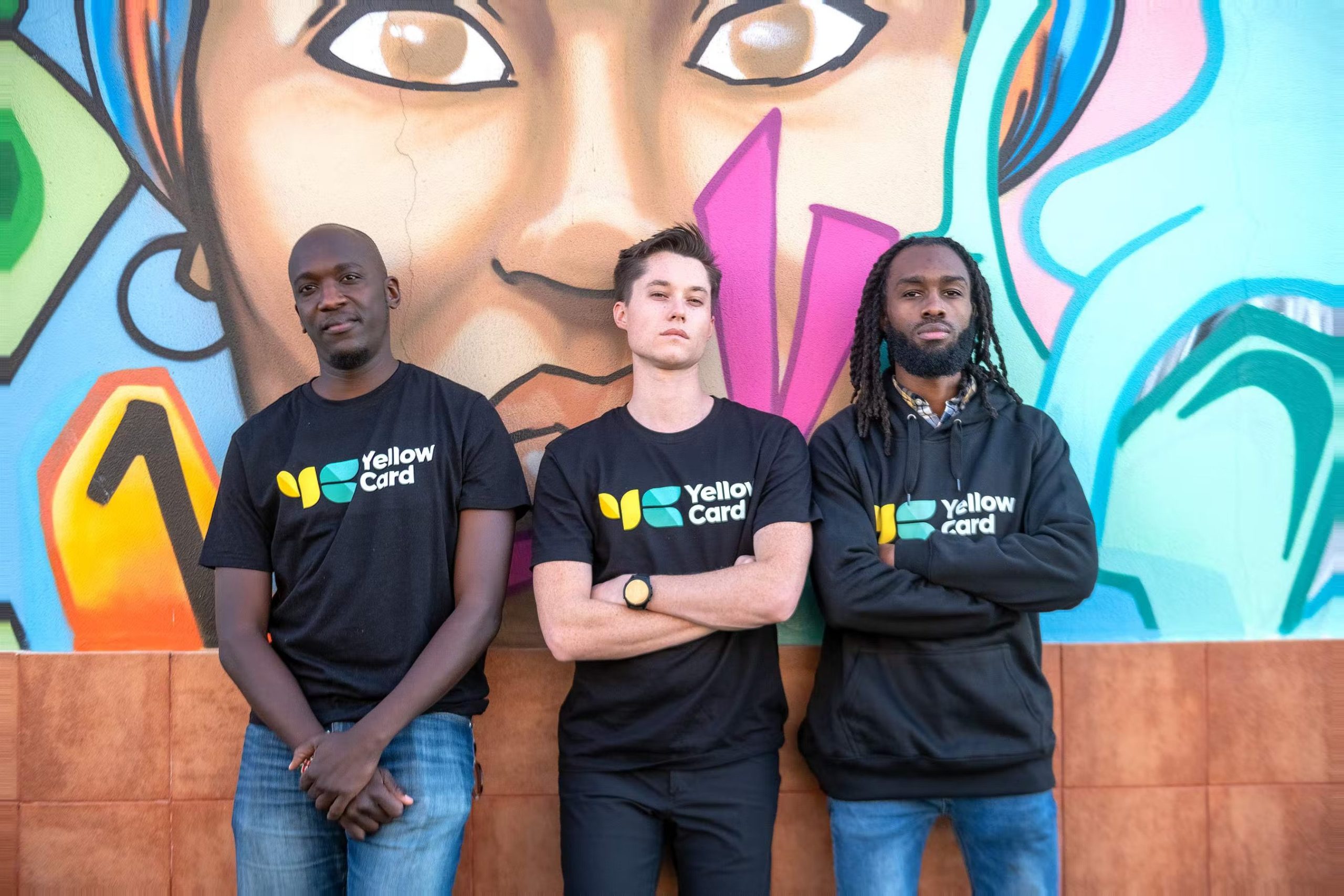 Last month, the crypto exchange raked in $40 million in funding. Now, it is the first company to receive Botswana’s license for cryptocurrency transactions.

A license for “decentralised” crypto

That’s better than banning it—which is what African regulators could win medals for, considering how often they have banned or restricted crypto across Africa.

In its real design, crypto is supposed to be operated separately from the traditional means of financial regulations. But while this gives users freedom and privacy in handling money, it opens the door to numerous untraceable losses through crypto scams.

Why is the license needed?

The license is NBFIRA’s way of supervising non-bank financial institutions, which is what the body was established to do. The license requires crypto operators to ensure standard anti-money laundering practices and due KYC for all customers. Also, transactions between all parties are to be recorded.

In all, the license serves as the seal of genuineness for Batswana, protecting them from the prevalent horrors of crypto scams.

MASTERCARD PARTNERS WITH CELLULANT TO IMPROVE DIGITAL PAYMENT FOR USERS 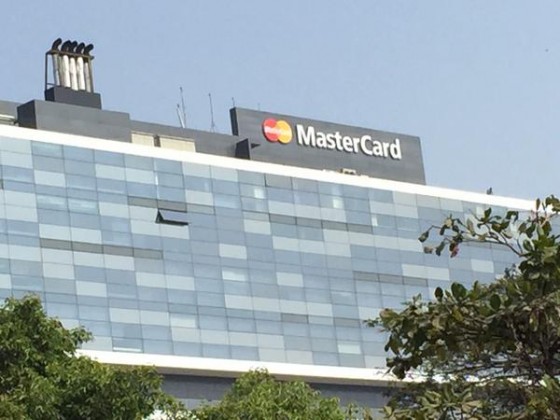 Shopping online has become even more convenient for Cellulant’s users as the fintech company has partnered with global payment giant, Mastercard.

The Mastercard virtual payment solution has been linked to the Cellulant’s wallet known as Tingg to provide all users across Africa with better payment options. With this partnership, Cellulant users will be able to shop online from any part of the world where Mastercard is accepted, even without bank accounts.

According to Amnah Ajmal who is in charge of Mastercard’s Market Development in Africa, “Mastercard’s technology enables our digital partners to redefine their consumer’s digital commerce interactions and experiences. By focusing on the provision of multi-use, omnichannel digital payment solutions, Mastercard is enabling its partners, such as Cellulant, to improve their operational efficiency, diversify their revenue, and transition seamlessly into digital commerce. We see the increasing proliferation of fintechs as a strategic opportunity to add value by creating more connections, better user experiences and greater choice for consumers.”

Mastercard is accepted by 35.9 million merchants in 210 countries worldwide, and this move will go a long way to improve the digital commerce experience for people in Africa. The company has been bullish on its goal of bringing one billion people, and 50 million SMEs into the digital economy by 2025, and this partnership with Cellulant is a step in the right direction.

Over the last two decades, Cellulant has built an impressive platform that provides businesses in 35 African countries with a frictionless payment experience. As one of the biggest and oldest fintechs on the continent, Cellulant understands the market and has refined its strategy such that it now prioritises customised payment integrations for merchants.

AfriLabs and Make-IT in Africa are set to foster intra-Africa collaboration, connectivity, and innovation at the 2022 AfriLabs Annual Gathering (AAG).

The 2022 AAG, with the theme “Intra-Africa Connectivity, Collaboration and Innovation,” will be held from October 26 to 28 at CIELA Resort and Spa, Ngwerere Road, Bonanza Estate, Lusaka, Zambia.

This year’s event will have sessions featuring speakers like Felix Mutati, the Zambian minister of technology and science; Rebecca Enonchong, founder and CEO of AppsTech; and Prudence Nonkululeko, the director of gender and youth division at the African Union Commission.

MTN,Telkom and Rain love triangle: What will happen next? Who will merge with Telkom?

Should we bet on fintechs to increase the rates of financial inclusion in Francophone Africa? 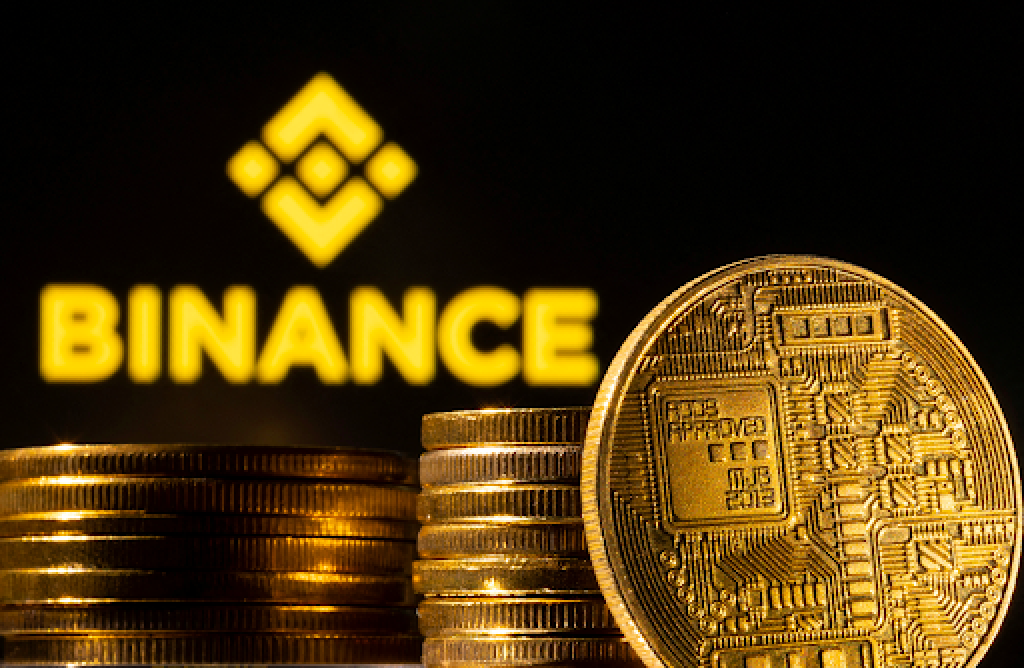