From B2C to B2B and back: how one of Africa’s oldest fintechs evolved 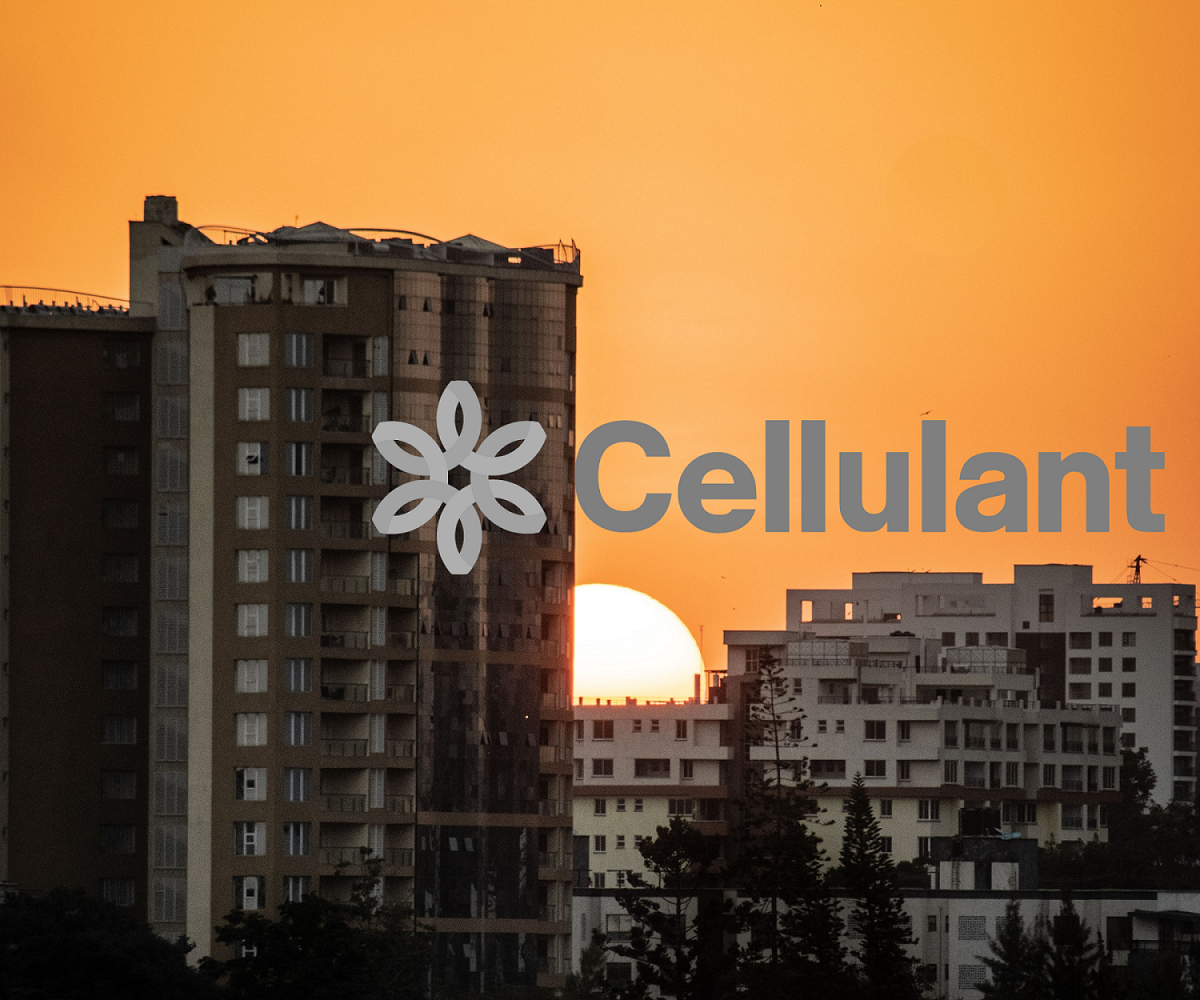 In 1999 there were only 25,000 cellphone users in the entire continent of Africa according to the International Telecommunication Union. But in one year (2004), 15 million new people got their first mobile phone. It was “Africa rising”, and the tide birthed the first tech giants of Africa—Interswitch, DPO Group, and Cellulant, among others.

As consumer internet and mobile telephony took off in Africa, it also carried a wave of entrepreneurs into orbit. This set of ambitious founders built some of Africa’s most successful digital businesses and invested in dozens of others. Cellulant was one such business. A perfect child of the times, it is also an index case of how digital business has evolved in Africa’s consumer and B2B internet sector.

It’s easy to minify Cellulant as a sleeping giant, but the 19-year-old company is now picking up the pace. With a $100 million Series D in the works, the company is rapidly expanding and striking partnerships with newer startups, public utilities, and legacy banks as it reinvents itself. In many ways, the music business-turned-payments company mirrors the evolution of the internet economy in Africa from the age of the mobile phone to our smartphone era.

That’s because in 2004 when Cellulant was founded, digital payments in Africa were still a novelty. It was the world of development finance (DFI) and private equity-backed telcos. And the tech entrepreneurs of that era were the small guy piggybacking off the telco boom.

Cellulant was born on the cusp of Africa’s mobile technology boom. Telecommunications was the in-thing, and as licenses were being snapped up in a frenzy and cellular towers erected at breakneck speed, the number of mobile phone subscribers shot up. In no time, people talking into “small boxes”—cellular phones—cradled in one palm became first a comical, then a familiar sight.

It was the dawn of a new age. Fueled by an “Africa rising” narrative, new entrepreneurs scanned the mobile technology space and jumped on whatever trend looked the most promising. One of them, the ambitious Kennedy Njoroge, had already started his first business in 1998, 3Mice Interactive Media, a web development company, at the age of 23 with 3  friends. Two years later, Njoroge sold 3Mice to Africa Online, the largest internet provider in Africa at the time. Four years after exiting 3Mice, Njoroge and Bolaji Akinboro co-founded Cellulant, a mobile content company that,  for a monthly fee, played snippets of popular music when anyone dialed the phone number of subscribers.

It made sense at the time. People were just getting on the cell phone craze, and features like playing gospel or pop music for your callers were treats.

Initially, the Cellulant team expected the young urban users to be attracted to the product. “We had gone into the business thinking our customers would be urban, slightly younger, more tech-savvy, and richer,” Njoroge said later in a 2016 book. It hadn’t been the case. Most of their customers were older adults residing in rural areas and small towns.

Apart from being able to make calls and send short text messages, content consumption was also transformed by mobile phones. Four years after launching, more than 8 million unique consumers had paid for Cellulant’s mobile content in Kenya and Nigeria, according to a report by Africa Foresight Group. By 2007, the year-old company was already making a tidy profit.

But the business was tough. Subscribers paid between $0.60 to $1 with prepaid call credits to access the service. But telcos took the bulk of the fee, leaving Cellulant with a few cents. Njoroge and Akinboro, his Nigerian co-founder, wrestled with the problem of how to collect payments directly from their customers. But when they approached banks to build a mobile payments system, they were turned down. Finally, Safaricom, one their telco partners, delivered the last blow when it decided to offer caller ringtones for free. The company struggled to pay staff and some went without pay for up to 4 months. A few employees quit.

By this time, however, the company had started prototyping mobile payment systems for different banks, but the banks were reluctant to commit. “Banks would tell us, ‘Guys, get serious, who on earth would trust a financial transaction made from their phones?’,” Njoroge said in a 2017 podcast interview.

Then, in 2007, M-Pesa launched in Kenya, validating both founders’ belief that mobile payment was a viable business. By the end of 2007, M-Pesa crossed the million customer mark, and at that point, recalls Njoroge, “The argument was settled.”

Between 2007 and 2008, Cellulant became the first technology company to connect the same banks that had turned them down to M-Pesa’s mobile money system.

“It was a case of being at the right place at the right time,” Njoroge told Finding Impact podcast host, Andy Narracot. The founders decided to start building mobile payment solutions for other businesses and Cellulant which had started out as a mobile retail music business became the payments company it is known as today.

Running those first bank-to-M-Pesa mobile money integrations was how Cellulant began to move away from the consumer-facing business to B2B solutions. Banks became their major clients. In short order, Cellulant signed up a few multinational banks operating in Kenya including Standard Chartered Bank.  From 2010, it expanded its payment solutions business to cover Ghana, Zambia, and Botswana. By 2020, the company had offices in 13 African countries across East, West, and Southern Africa, and had built a strong pan-African context for its operations. The company now has a physical presence in 19 African countries and says it processes payments for businesses in 15 other countries.

Until 2011, Cellulant did not receive any external funding. The company was founded with $3,000 of the founders’ money and several of their maxed-out credit cards before it started generating significant revenue from subscribers and, later, its corporate clients.

In 2011, Cellulant received its first institutional investment, a $1.5 million Series A round from TBL Mirror Fund, a private equity fund. By this time, Cellulant had fully transformed into a digital payments company and consolidated its business solution with operations in several African countries. In 2014, it raised a $5.5 million Series B round led by Velocity Capital Fintech Ventures. Both funding rounds helped the company gain control of 12% of the consumer mobile payments market in Africa.

Cellulant completed a $47.5 million Series C round from TPG Growth’s The Rise Fund in 2018 to scale its digital payments offering. It was the largest equity investment a fintech company operating only in Africa had ever received at the time. The investment, Njoroge said in a podcast, came at a time “when we can say that we know enough about the landscape, we know about the territory and we know where we want to invest”.

Two years later, Nigeria’s PayStack would sell for $200 million to US payment giant Stripe, signaling the arrival of African payment companies on the world stage. Cellulant’s Series C and the PayStack acquisition injected a fervor into Africa’s venture capital scene and kicked off a new wave of venture financing for early- and growth-stage startups on the continent.

In 2020, Cellulant faced a major test. Eight years earlier it had won a 4-year contract with the Nigerian government to provide an e-wallet for farmers and operate a mobile-phone-based registration and validation system for subsidised fertilizers and other agricultural input. Agrikore, the e-wallet, was part of Nigeria’s Growth Enhancement Support (GES) scheme to support smallholder farmers with agricultural input and help connect them with buyers. It ultimately reached almost 15 million farmers in Nigeria—a spectacular success.

That is until reports of underhand dealings by some staff began to surface in 2020. Eventually, the Nigeria office discovered that some staff members inappropriately received funds from Agrikore wallets. The Agrikore programme was suspended and 14 of those involved were fired.

Not long later in the same year, co-founder Bolaji Akinboro resigned from Cellulant. He later founded Voriancorelli, a B2B “matchmaking” startup whose remit is similar to Agrikore’s.

In June 2021, Kennedy Njoroge, longtime CEO and co-founder of Cellulant stepped down as CEO. In a company note, he said, “we suffered a major internal crisis that saw my co-founder exit the business. It wasn’t the crisis but the process that followed which gifted me the clarity that the next phase needed an ‘enterprise runner’ rather than a ‘venture builder’”.

Cellulant 3.0: where the opportunity is

In October, Akshay Grover, who had been named acting CEO after Akinboro and later Njoroge’s departures, was appointed Group CEO and Director of Cellulant.

The coming of Grover, a  20-year technology and finance veteran with stints at EY and KPMG, spurred new growth in the company. “Historically, we were a business that was processing more transfers or domestic payments between banks and mobile money,” he told TechCabal on a call. Now Cellulant wants to power payments for smaller merchants. In February, Reuters reported that Cellulant planned to add 50,000 small merchants this year up from its current rate of 1,000 per year.

On LinkedIn, months after Grover had taken the reins at Cellulant, he wrote, “This is a business that has pivoted successfully three times to adapt to where the opportunity is and to serve our customers better. As a team, we feel a bit unfazed by the fact that we are not a unicorn.” He also noted that the firm had processed $1 billion in payments in 2021, the year he joined and was tracking 225% in annualized growth.

Over a call with TechCabal, Grover explained that Cellulant was taking advantage of the fragmented payments services in Africa and that the opportunity he alluded to on LinkedIn resided in simplifying digital payments. “Today, no matter what you say, there is still a lot of friction between somebody making a payment and somebody accepting a payment,” he said.

“You realise that you want to pay a particular way but that payment method is not available with the merchant from whom you are trying to buy the good or service.”

He continued, “In our mind, that opportunity across Africa could be in the region of $500 billion to $1 trillion… [the current] players collectively are not at more than a single-digit percentage of this.”

Like Cellulant discovered when it moved from offering consumer services to focusing on providing payment solutions for businesses, Africa’s consumer internet companies, from fintech to e-commerce companies, are increasingly leaning towards B2B offerings.

Cellulant is still building its consumer business with Tingg, in a tight consumer fintech market. But the company wants to leverage its strong B2B relationships to strengthen its grip. It is also sharing payments infrastructure solutions with startups in the commerce and remittance space. This, besides its payment aggregation that services other larger fintech players including Flutterwave, and PayU.

“Our clients,” the company boasts on a presentation page shared on LinkedIn by Ali Hussein Kassim, a Kenyan fintech expert, “are predominantly mid to large-sized businesses and banks and aggregators”

Cellulant is now solely a digital payments company. It is also one of Africa’s leading tech companies—indeed, fintech rules African tech. But that dominance has its roots in the same “Africa rising” tide that ushered mobile telephony to the continent and birthed succeeding waves of entrepreneurial grit and innovation.

As new technologies, and innovation fronts open up on the continent and globally, Africa will need bold entrepreneurs willing to ride the coming waves to solve more problems and write the next chapter of Africa’s innovation story. 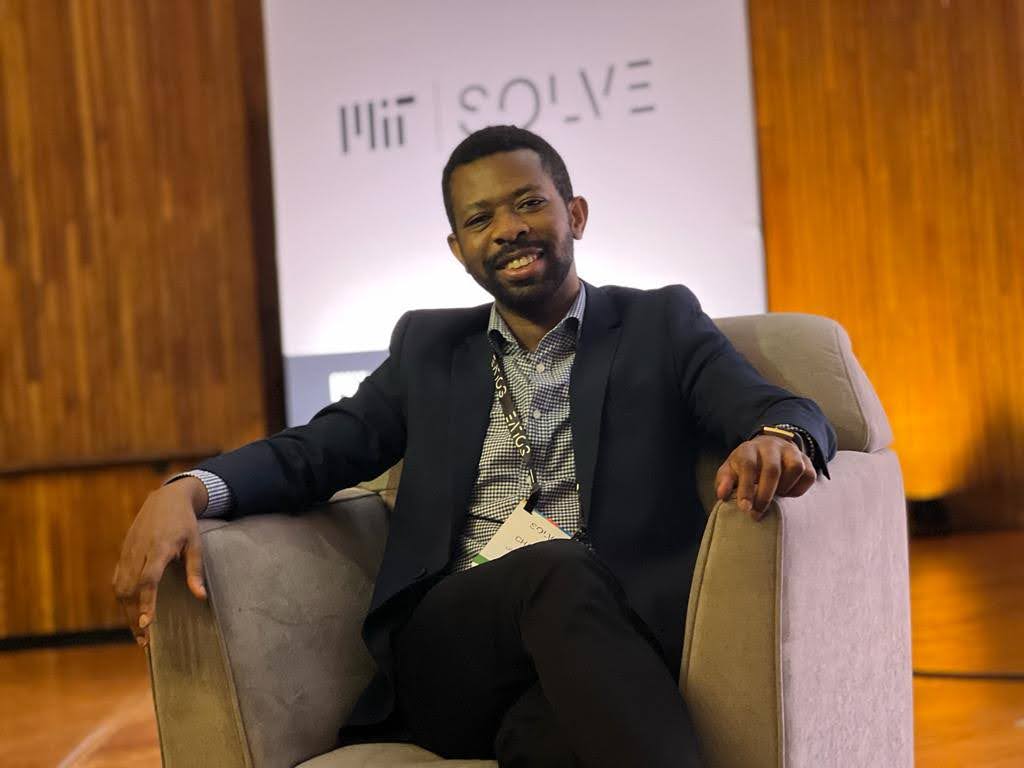