It’s that time of the year when we ask you to judge us.

Has our sassiness upset you? Has TechCabal beset you with gloom? 💀

Have we been writing stories befitting of a world-class 🌍 newsroom?

Have we brought you enough tech history? Do our stories analyse the front and back ends of African tech’s glorious rise?

It’s time to shoot us with your words, and send us some replies; if TechCabal were to build better, how would you advise?

Drop us a review, help us rise and you could stand to win a $50 gift card!

The fallout from crypto exchange FTX’s crash continues to play out, and more crypto startups are beginning to open up.

But this isn’t BlockFi’s first brush with dysfunction.

In July, as part of FTX’s crypto-saving spree, BlockFi borrowed $400 million from FTX after it suffered a $80 million loss and was forced to lay off one-fifth of its staff.

Last week, days after the FTX debacle hit the news, BlockFi reassured customers that it was fully operational, but two days later, the company froze all customer withdrawals. This Monday, it finally revealed that it had suffered “significant exposure” to FTX and Alameda with some of its assets held on FTX.

At the time, the startup announced it was exploring options to maximise value for its users, and it appears that one of those options is filing for bankruptcy.

TWIGA LAYS OFF 21% OF ITS EMPLOYEES 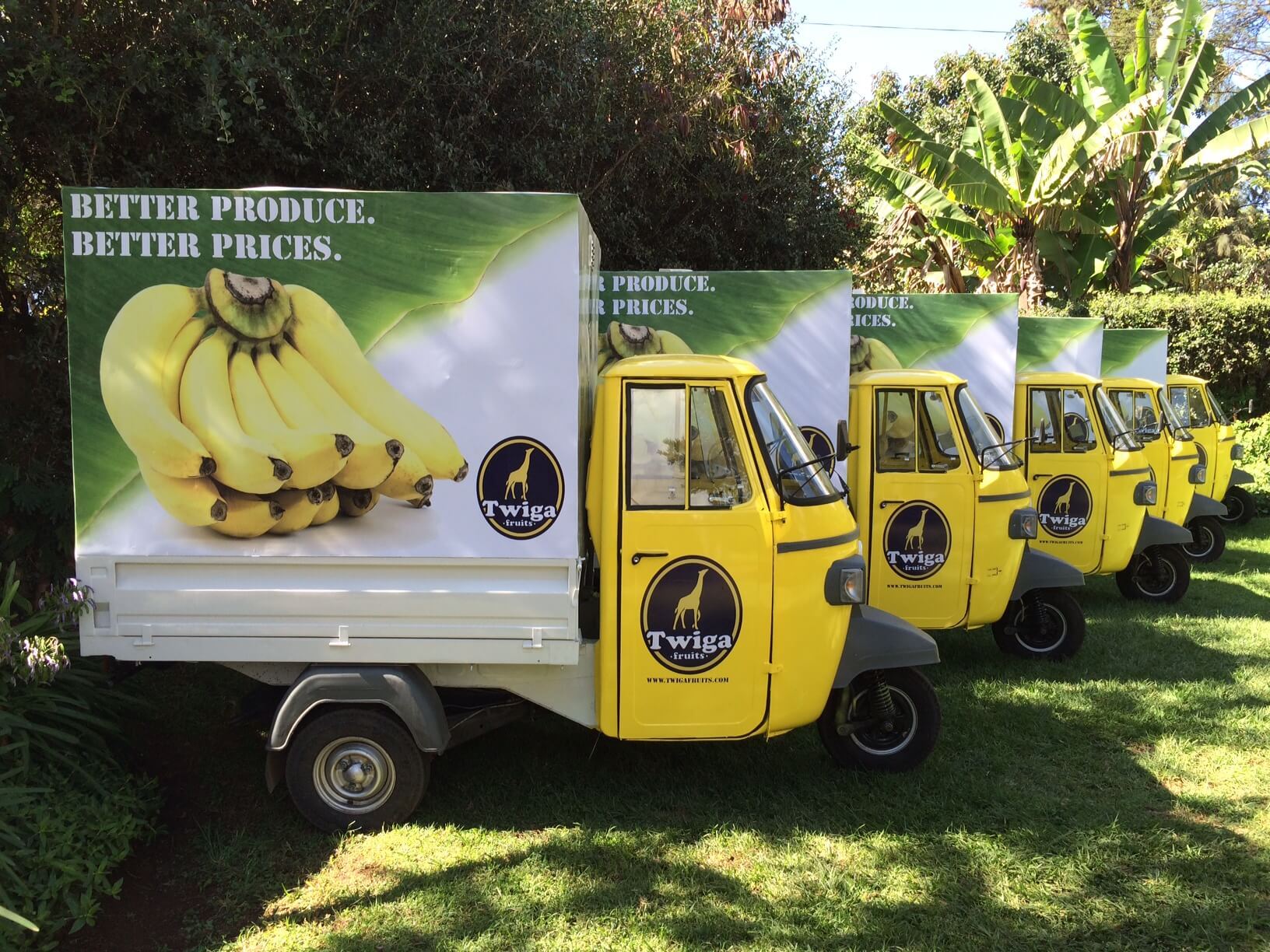 Kenyan agritech startup Twiga has laid off 21% of its workforce. About 211 employees were let go, and the company’s in-house sales team was shuttered, per TechCrunch.

Business Daily also reports that the company is transitioning to an agent model where independent agents would be compensated for every customer they acquired. Laid-off staff, who had a one-month notice, were also given the option to transition into the agent model.

With the agent model, the company plans to create 1,000 opportunities by Q1 2023. According to CEO Peter Njonjo, “This transition creates an opportunity for entrepreneurship open to former sales agents and the general public. The benefit of this transition is that it allows for higher earnings based on the effort and enterprise of the agent. This model has worked with other businesses like insurance and banking that have transitioned fully into Independent agents in Kenya.”

For its remaining staff, Twiga is also restricting travel allowances to only employees who are required to travel for more than 75% of every month. Daily allowances given to travelling employees have also been slashed from Ksh 4,000 ($32) to Ksh 1,000 ($8).

This news comes a year after Twiga raised $50 million in a Series C round, bringing its total raise since its 2014 founding to $100 million.

Zoom out: Twiga Foods is the second African startup to announce layoffs this week with crypto startup Nestcoin laying off almost half of its workforce. So far, at least nine African startups have laid off employees this year.

While some companies are having to lay off staff, one is having its employees willingly walk out.

Employees at Africa-focused VC firm Future Africa are resigning after the company announced that it would be pivoting from VC to venture studio, a pivot which will require a smaller team.

Since its founding in 2020 by Iyinoluwa Aboyeji, Future Africa has deployed $10 million in two different funds to over nine startups across the continent.

For its next fund, Fund III, the company will play a more active role as a venture studio that will invest in [fewer] companies and also accelerate them. This pivot will reportedly require a smaller team.

At least four of Future Africa’s 45-person team have resigned. This includes Caleb Zipperstein, an Israeli VC operator who was hired in 2021 to help the company attract investment from Israel. Zipperstein declined to comment on the reason for his departure to TechCabal.

Speaking on the resignations, CEO Aboyeji told TechCabal, “As part of its planning for every fund, Future Africa makes staffing changes to better align with its renewed vision and plans for the years ahead. We provide generous exit packages to staff who decide to transition and assist them in finding new paths where possible. We remain very excited about the future of our firm and Africa.”

At Future Africa, phasing out of employees at the end of a fund is a long-standing practice. Only one person, Mayowa Olugbile, according to a senior member of the company, overlapped between Funds I and II; and almost all the co-founders and partners—Damilola Aderinto, Chuba Ezekwesili, Chine Ezekwesili, Olabinjo Adeniran, and Adetola Onayemi—the firm brought in for its Fund II have now left the company. Out of the seven co-founders that started Fund II, only two, Olugbile and Barakat Sheriff, are currently with the company.

At this time, the company is also renovating its website and has recently changed its logo.

*Future Africa is an investor in Big Cabal Media, the parent company of TechCabal. 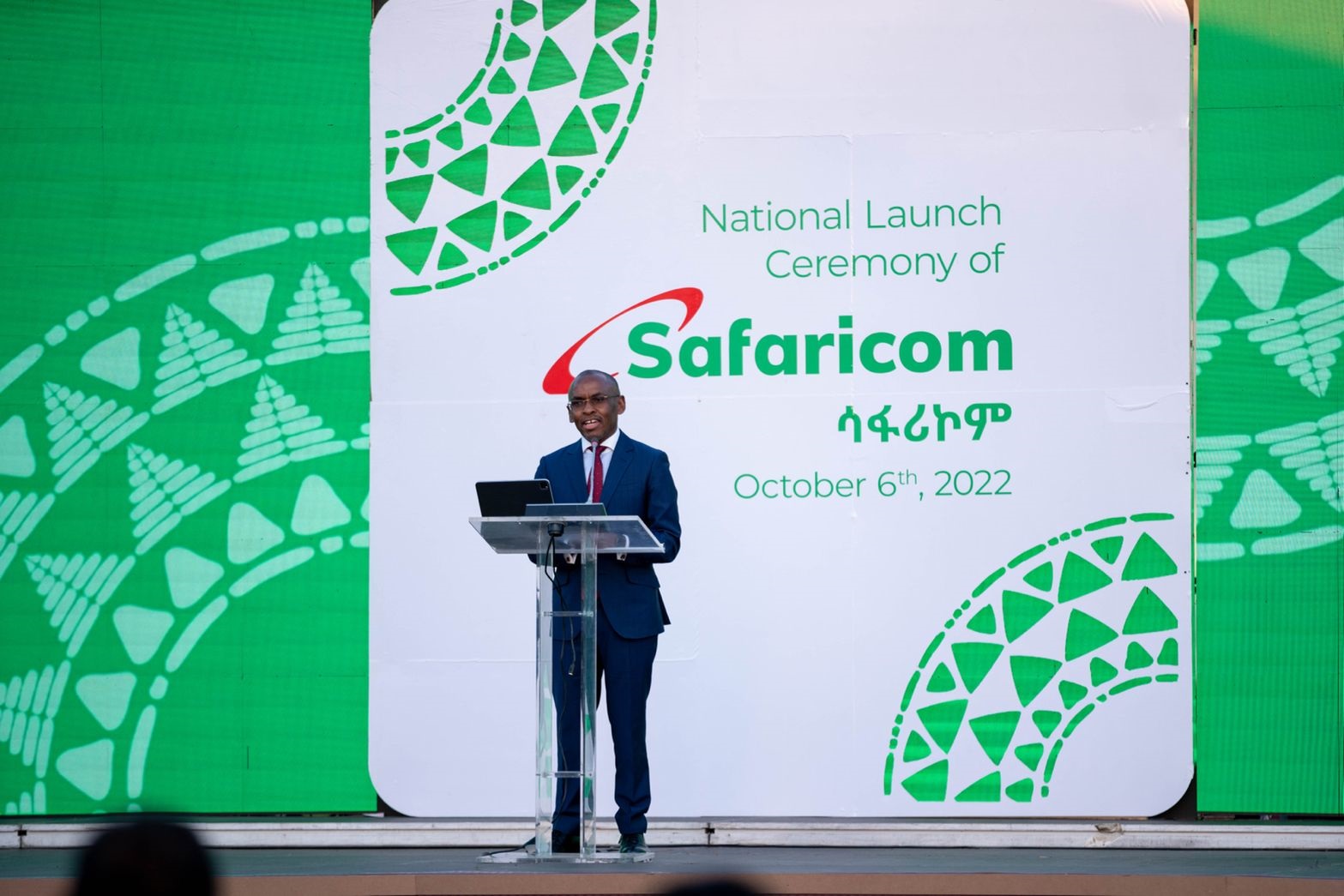 Safaricom’s foray into Ethiopia is resulting in impressive growth.

Last week, the company announced it hit 740,000 subscribers in Ethiopia in October, and now, it’s at the one million milestone! This growth more or less confirms statements by chief executive Peter Ndegwa who said the company was onboarding 20,000 new subscribers per day.

All this growth comes barely two months after the telco launched in Ethiopia.

Meanwhile, as Ethiopia’s two-year civil war ended earlier this month, the country is shuttering the decades-long monopoly of its state-owned telco, Ethio Telecom.

This week, Ethio Telecom announced that it’s giving up 40% of its stake to private players who can indicate interest by December 20, 2022. 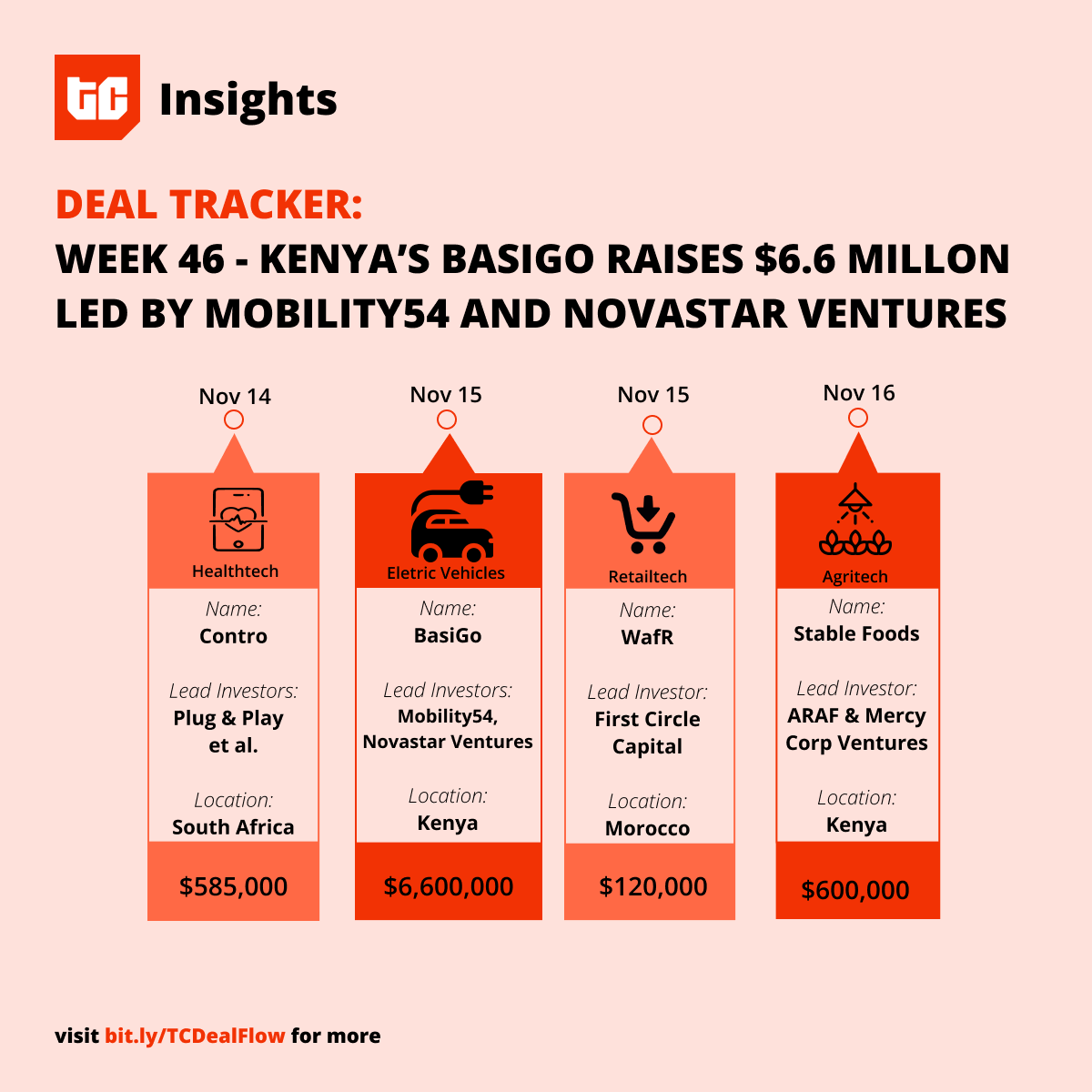 EVENT: WHY ARE AFRICAN STARTUPS ON AN M&A SPREE? 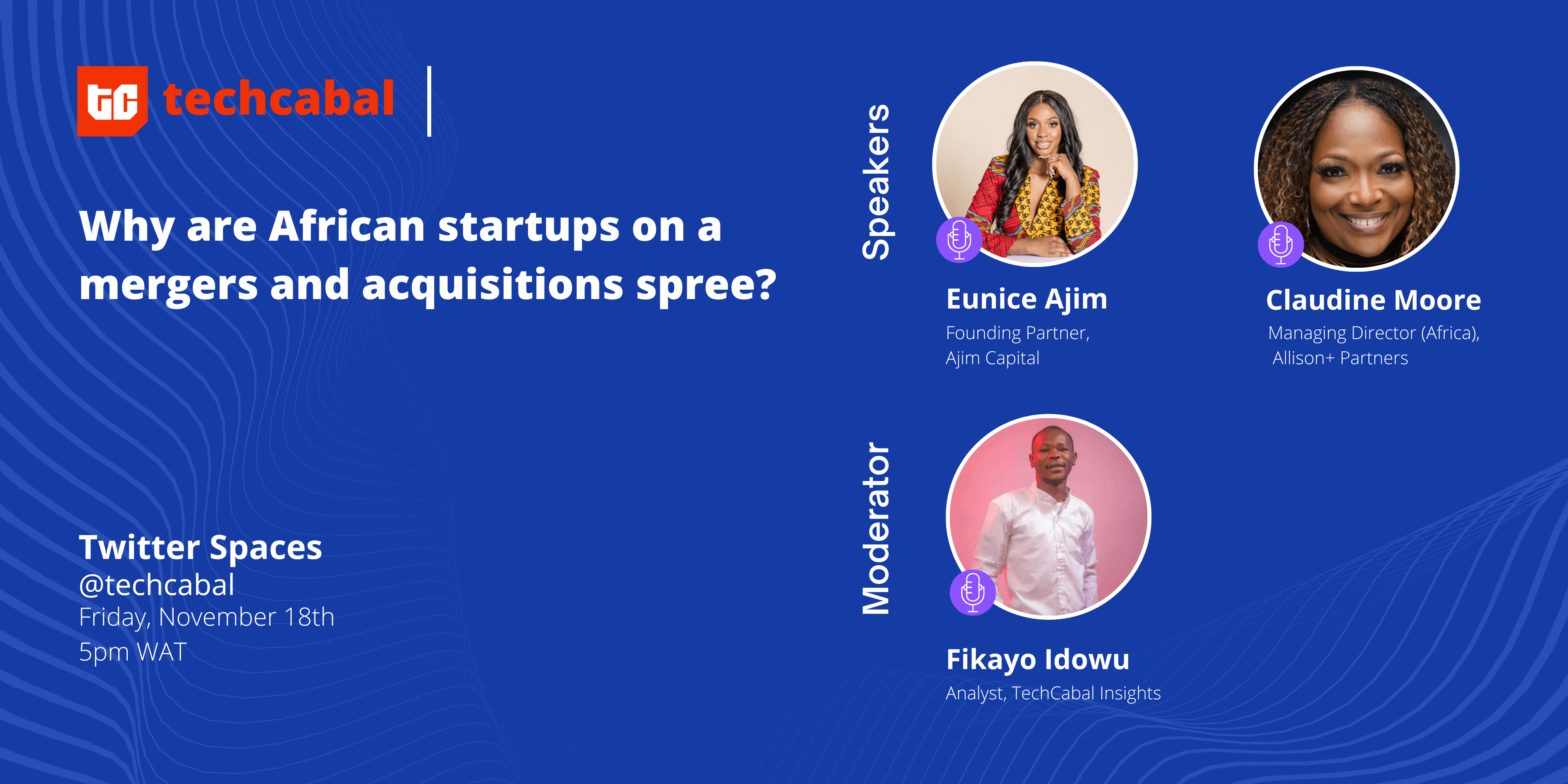 That’s a huge leap, considering the funding downturn. What’s influencing this increase in acquisitions on the continent?

Paystack has acquired a payments service provider (PSP) licence in Kenya, and will launch operations in the East African country.

LEARN ABOUT THE AWS CLOUD

With the AWS Cloud Practitioner Essentials, learners can engage with an accredited AWS expert instructor to learn about the benefits of AWS Cloud via a mix of presentations, peer discussion, and interactive activities.