The second episode of The Next Wave Show is live!

In this episode, we talk about why initial public offerings (IPOs) are few in Africa and what it will take to generate even more successful exits in the African tech ecosystem.

If you missed the broadcast on CNBC Africa, you can catch up here.

The Next Wave is brought to you by TechCabal in partnership with Flutterwave. It airs on Wednesdays at 4:30 PM (WAT) on CNBC Africa (DStv Channel 410). 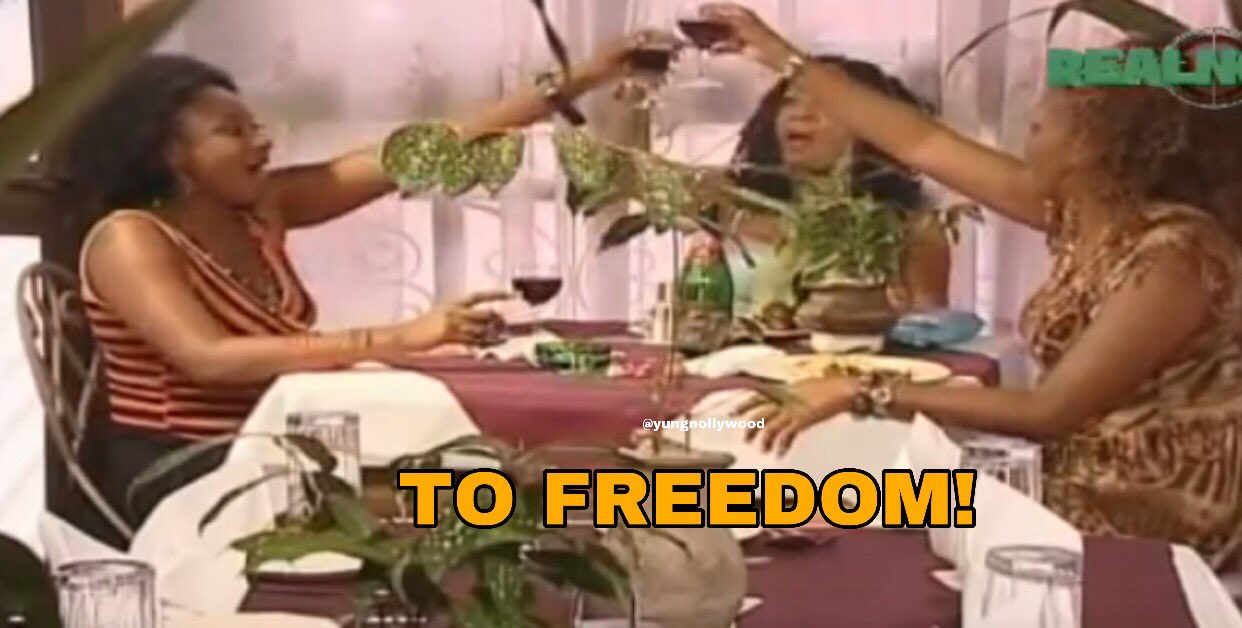 Four months after Kenya’s Asset Recovery Agency (ARA) accused Korapay and Kandon of fraud, charges against the Nigerian fintechs have been dropped.

ICYMI: In July, the ARA froze the businesses’ accounts on the suspicion that they brought over $50 million (Ksh 6 billion) into Kenya as part of a money laundering scheme. ARA froze $249,990 (Ksh 29.5 million) held in Korapay’s Equity Bank account while Kandon Technologies had $126,800 (Ksh 15 million) in two UBA accounts.

At the time, the ARA had charged the two fintechs with fraud and international money laundering. Five other firms were indicted in this legal trouble, including Nigerian businesses Boxtrip Travels and Tours, Bagtrip Travels Ltd, and fintech unicorn Flutterwave.

Both fintechs maintained their innocence when the charges were levied, with Kora’s chief operations officer, Gideon Orovwiroro, stating, “We are confident that the Kenyan courts will come to see that the accusations against us are not only wholly baseless but borderline malicious.”

Four months into the six-month freeze, the ARA and the Directorate of Criminal Investigations (DCI) have withdrawn the allegations.

In one court document, which was drawn and filed on October 19, 2022 by state counsel, Stephen Githinji, on behalf of the ARA director, the agency said that it has withdrawn its lawsuit in its entirety.

In another document issued by the Directorate of Criminal Investigation (DCI) on September 11, and addressed to Wetangula, Adan & Company Advocates, Kora’s Kenyan solicitor, the agency said there’s currently no evidence to prove the payment company is guilty of money laundering or card fraud.

“We have always maintained that we have done nothing wrong. As a liquidity management startup offering treasury solutions and alternative trading, we always facilitate transactions for many of our partners doing legitimate business through licensed commercial banks in Kenya. We have records of these transactions, which are available and can be verified,” CEO of Kandon Technologies, Ayodele said.

Korapay also announced that it would engage relevant authorities in order to obtain relevant licences and operational permits in Kenya.

This is in response to the Ministry of Communication and Digitalisation ordering all MNOs to stop providing data services to customers who have not completely registered their SIM cards by November 20. The deactivation is being done in batches because it can’t be done all at once. The number of SIM cards deactivated so far has not been confirmed, but all SIM cards that fall short of the requirements will have been blocked by November 30.

The ministry has reiterated that this was a necessary step in establishing digital security for consumers and companies. 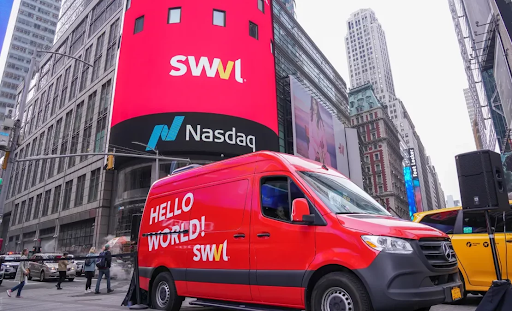 Cairo-born mass transport Swvl has carried out a second wave of layoffs. Swvl already let go a third of its global workforce in May—two months after going public—and now it has made further cuts to stem losses in the persisting economic downturn.

Employees told Enterprise Press that this new layoff affected more employees than the previous one, particularly Swvl employees in the UAE and Pakistan. Some employees suggest that the staffing in Cairo has been decimated to about 10% of what it originally was. Some noted, however, that the Europe team was not affected as much as the others.

Before now, Swvl was rapidly expanding—it made its Nasdaq debut in April. However, all that expansion seemed to be costing the company a lot more than it could afford. Its losses continued to grow rapidly, and its share price kept plummeting despite solid revenue growth. Swvl determined that its cash negative was rooted in its rising expenses, so it decided to lay off employees, reduce executive pay, and cut back routes. It appears that its first round of job cuts in May didn’t achieve its goals, hence this new wave of layoffs.

What is Swvl’s goal?

Swvl aims to have positive cash flow by the next year. Considering that its shares have fallen more than 95% since its debut in April, it is also aiming to maintain its position on Wall Street. Since the third week of September, the company has traded below the $1 minimum threshold set by the Nasdaq. Swvl has until May 1, 2023, to increase the price of its shares over $1.00 or risk delisting. 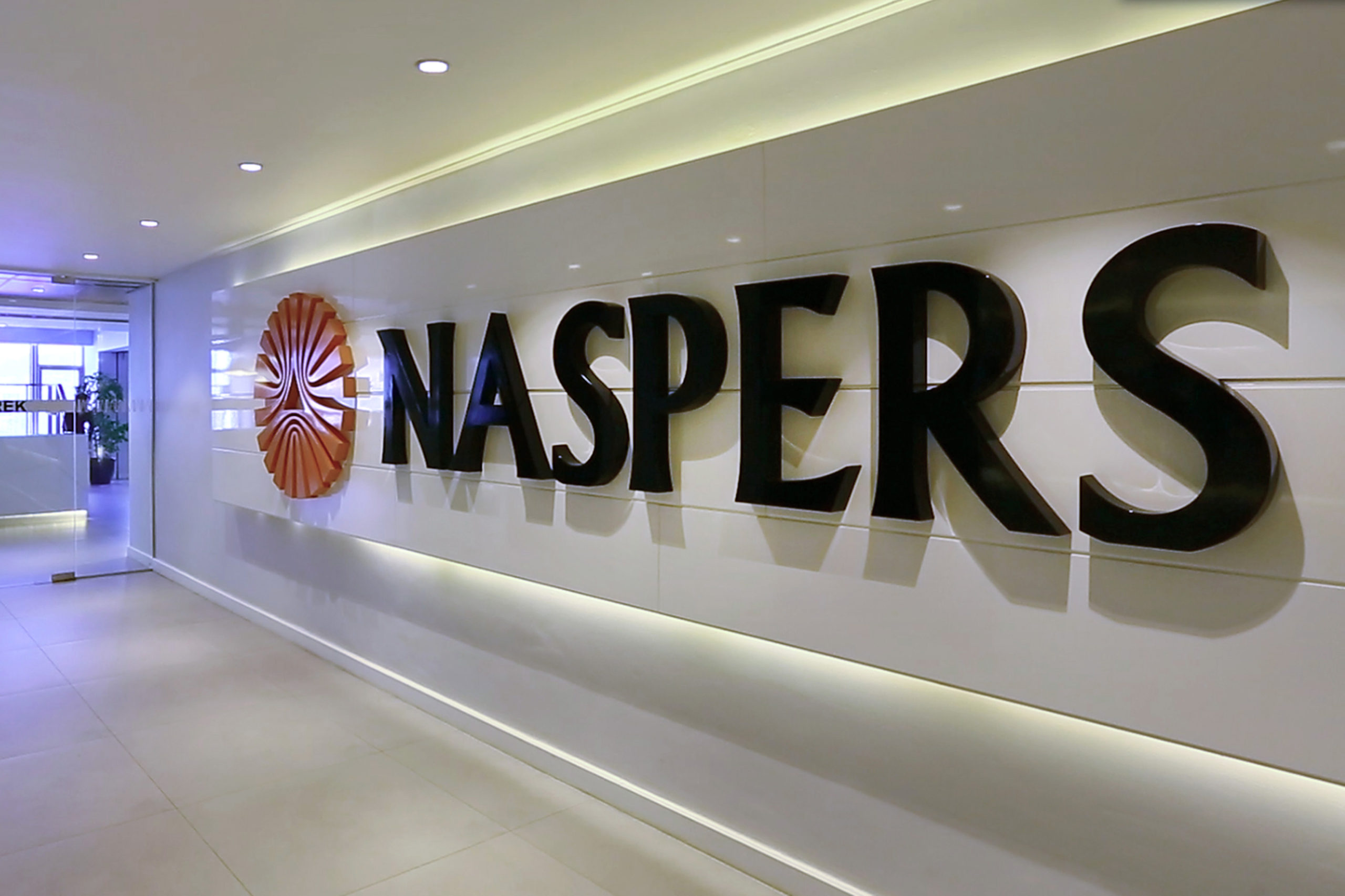 Naspers, a South African internet company and Africa’s largest company by market capitalisation, has issued a warning that its financial results for the six-month period, which ended in September, will see a big hit on the company’s earnings per share.

According to the statement published on the Johannesburg Stock Exchange, the company’s core headline earnings per share for the six-month period ending September 2022 declined due to investments in adjacent opportunities in e-commerce, lower contributions from associates and its stake in Chinese tech company, Tencent. The company’s headline earnings per share is an important measure of operating performance.

Naspers further stated that the significant decrease in earnings per share is related to a gain of US$12.3 billion realised on the sale of a 2% interest in Tencent in 2021, compared to an expected gain of only US$2.8bn on the sell-down of Tencent shares in the current period to fund the open-ended share-repurchase programme announced on June 27, 2022. 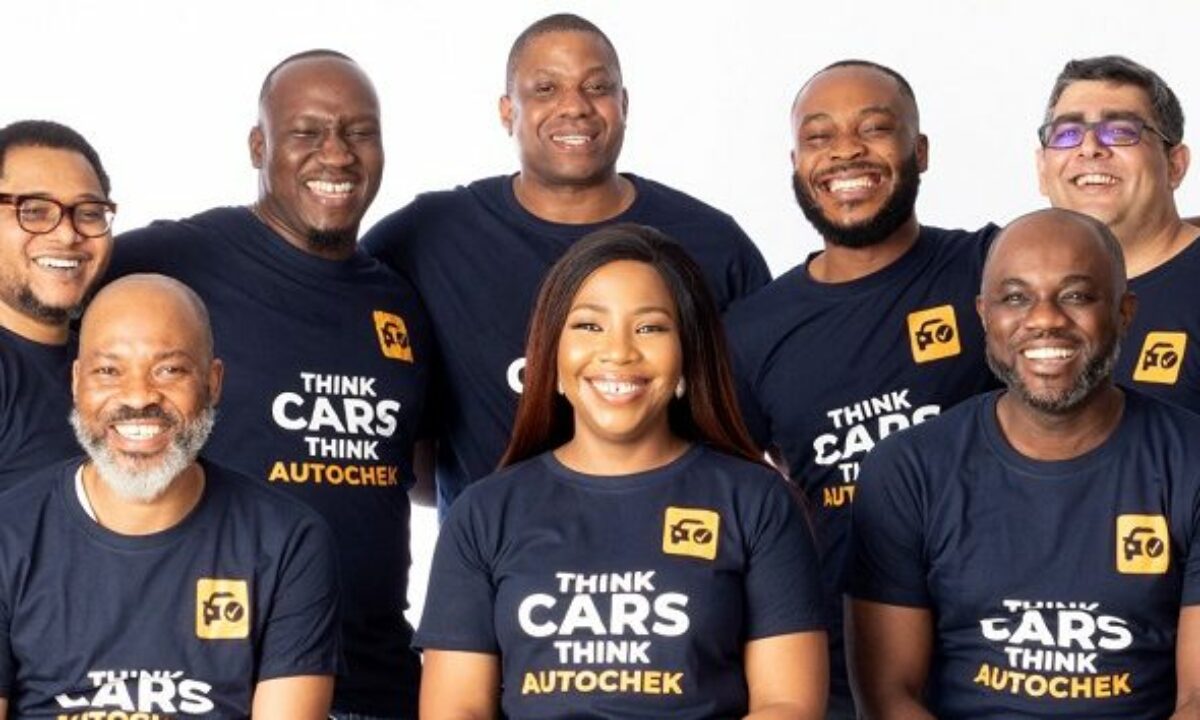 Since its inception in 2020, Autochek has raced to solve the vehicle financing problem in Africa by connecting financiers to creditworthy customers. Now, the company is doubling down on its vision by establishing its own car financing arm, Autochek Financial Services.

In the past, the startup leveraged its vast marketplace to connect “more than 70 financial institutions” to process car loan applications. But now, Autochek is evolving from being just a connector to a financier.

Unlike industry players like Max and Moove, which provide auto financing for mobility entrepreneurs, Autochek bets on Africans who are getting the cars for non-commercial purposes.

While Autochek’s model may be more beneficial to average Africans seeking to own cars, its model is possibly more prone to customer default as there are generally more difficulties in predicting the long-term financial standing of the average African.

Unfazed by the uncertainty, or perhaps, bolstered by the confidence in their credit-checking systems, Autochek is launching its in-house auto-financing arm, which will double down on the company’s efforts to democratise auto-financing for creditworthy Africans.

This new arm of the company will operate a B2B and B2C model for vehicle financing in Africa.

AutoChek, which has a strong presence in East, West, and North Africa (mostly by acquiring similar companies in these regions), has chosen South Africa as the headquarters of AutoChek Financial Services, where the auto-financing subsidiary will be led by Johan van der Merwe, a financial services expert “with over 20 years experience in risk, credit and asset finance.” 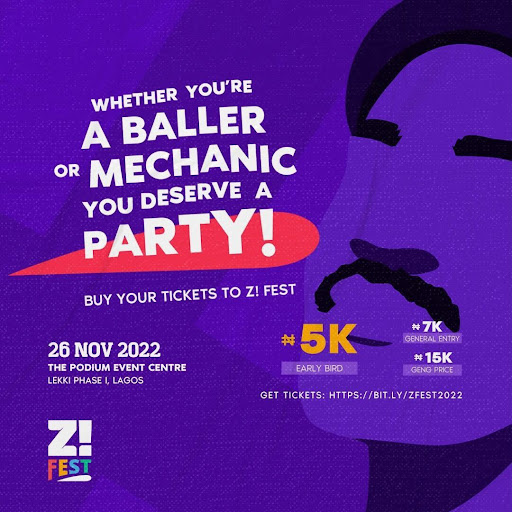 2022 has been a lot. From crypto crashes to inflation, and even regulation scares, our heart rates and hairs have been up all year.

Our sister publication, Zikoko, wants to bring that all down to the dance floor with the second edition of its festival, Z! Fest.

Z! Fest’s Class of ‘22 offers techies the chance to break away from their screens in a party designed for stress relief. If you like food, drinks, loud music, and the sheer threat of meeting new cool people, then Z! Fest is the place to be.

🚀Entering Tech #013: How to become an SEO specialist. 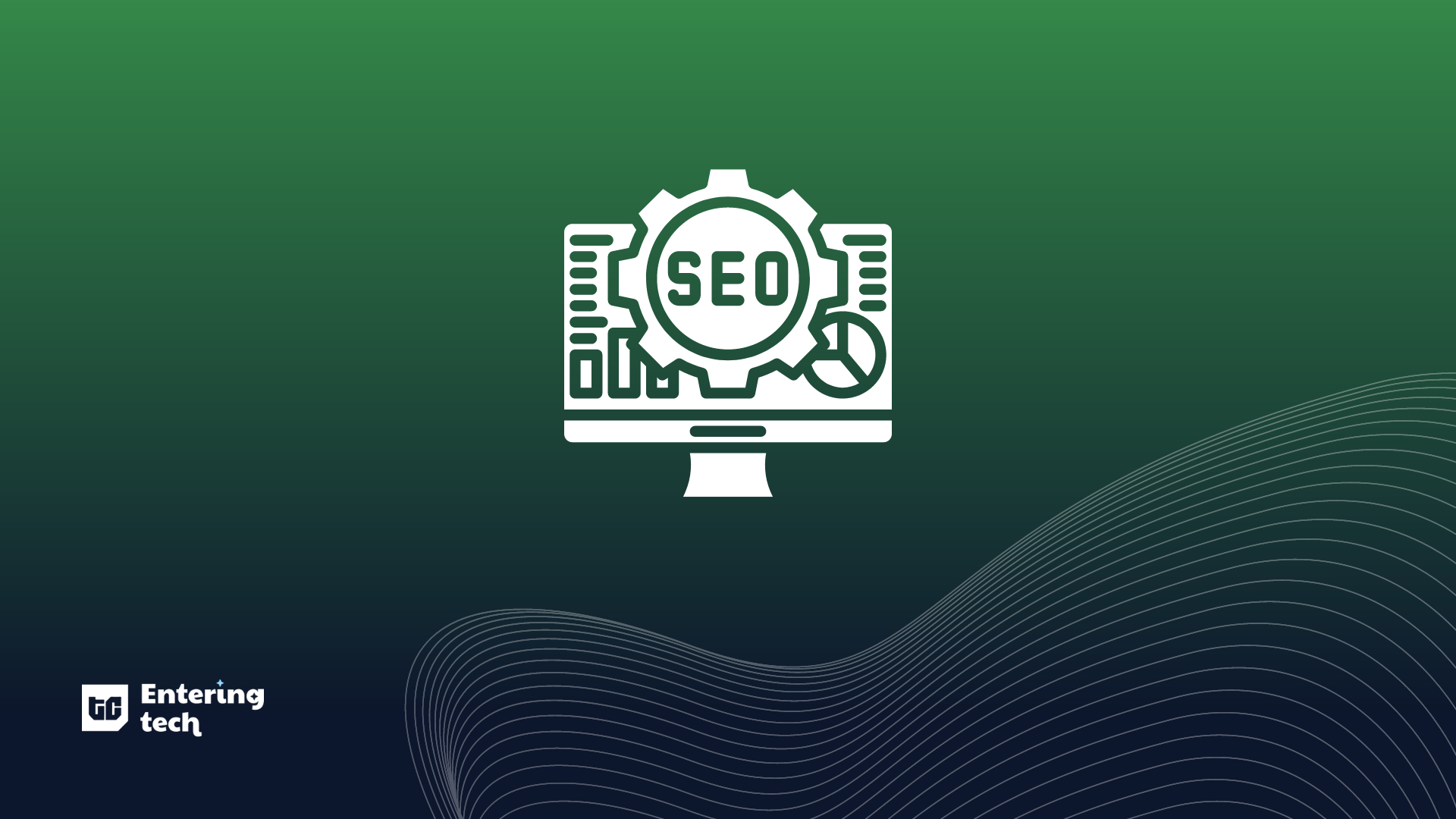