Did the Maghreb region hit the road in 2022? 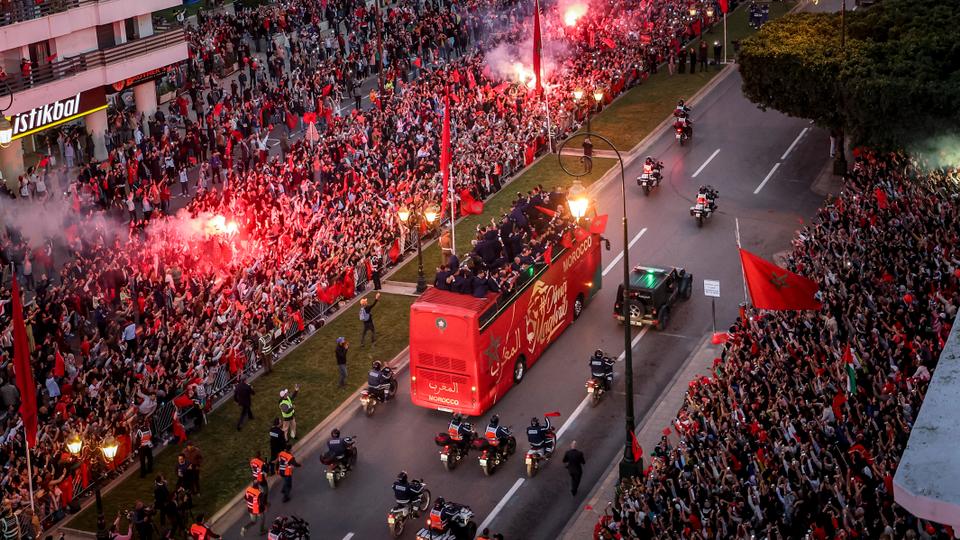 It’s the beginning of a new year and different authorities have started releasing report cards of how African startups fared in 2022. In terms of venture funding, which unsurprisingly is still the major metric of ecosystem growth in Africa, the Maghreb region in North Africa—Morocco, Algeria, Tunisia, Libya, and Mauritania—got a bumper. Compared to previous years, 2022 validated the region as a force to reckon with in the startup world. Startups in the region raised over $260 million in 2022 alone—an over-280% increase from what it had raised from 2019 to 2021. For context, the entire region raised $20.1 million across 19 deals in 2020 and then $72 million in 2021.

In January last year, I published this story discussing why the Maghreb doesn’t attract as much tech funding as the rest of Africa, especially—although not included in the Maghreb but neighbouring it—Egypt, a country that dominates North Africa’s startup landscape. But while all the hindering factors mentioned in my article, especially the language barrier, are still valid, the Maghreb region was able to achieve a tremendous growth in funding in 2022. In fact, two out of seven mega investments—that is, of $100 million or more—in Africa came from the region. Tunisia’s artificial intelligence (AI) startup Instadeep’s $100 million Series B was the first mega-round of the year while Yassir, an Algerian super-app startup, closed the year with a $150 million Series B. Yassir’s Series B made the company, according to its co-founder and CEO Noureddine Tayebi, the highest-valued startup in North Africa.

There is talk that Yassir is either already a unicorn or close to becoming one, a feat that could make it Maghreb’s first unicorn. As of today, only  two countries (Nigeria and South Africa), out of the Big Four, boast of unicorns.

Another worthy highlight in the Maghreb region, for me, was when GoMyCode, a Tunisian edtech startup founded in 2017 by Yahya and Amine Bouhlel, two brothers who don’t have the usual long abroad work stint,  to teach technical skills like coding and data analysis, announced a $8 million Series A last June. The edtech company joined the likes of Algerian Yassir, Tunisian Instadeep and Expensya, Moroccan Chari, and a few others that have raised capital above $5 million.

Over the years, there’s been a sense that the Maghreb’s startup ecosystem wasn’t leveraging its geographical and political advantages. Its proximity to Europe and cultural ties to the Arab world, to many—including me—are huge edges it has over the rest of Africa. Last year, however, startups in the region seemed to have figured out how to leverage these edges. Besides Expensya and InstaDeep that have primarily and predominantly served markets outside the region and Africa since their inception, many other startups are beginning to stretch for global growth, while also mining for gold within the continent. Yassir has built a tech hub in France and “shall be populating it with African diasporan talents who will contribute value back to the continent”. It also plans to expand across the Middle East and francophone Africa with its new capital warchest. The super-app expanded into Senegal last year, a move Tayabi said would lead Yassir’s West Africa full foray. Chari acquired the credit arm of Axa Insurance and Ivorian Diago to kickstart its West African expansion; DabaDoc, backed by French telecom giant Orange, also expanded into the Ivorian market.

The Maghreb’s huge diaspora community also contributed to the  shift in the region’s fortunes last year. The region has a huge amount of diasporans who are coming back home to build. For instance, all the founders of the aforementioned companies schooled, worked in, or are still living abroad.

The region hosted a couple of pan-African events, including the AfricaArena North Africa Summit held in Tunis, Tunisia. GITEX, the world’s biggest tech show hosted by the Dubai World Trade Centre, also announced last year that its first African edition will be hosted in Morocco in 2023. Per the reputation of the event, it might be another promotion the region needs to receive more exponential growth going forward.

Even though a sync between the governments of each country hasn’t yet been established, each government is cooperative to local initiatives promoting their digital economy. For instance, Tunisian governments in partnership with ecosystem players are currently working on a second startup bill. Last May, the state-owned accelerator, Algeria Venture, and the Algeria Investment Fund (AIF) teamed up to launch a new $10 million VC fund that will finance Algerian startups.

But last year, it would seem that the region might have hit the road to attract more investment and goodwill. Despite the funding crunch, the region’s funding mark rose above $80 million for the first time. This however doesn’t mean the region’s funding problem has vanished as investments is still among a few startups but rather a clear indication that the ecosystem is beginning to create its own market leaders. Leaders that, according to ecosystem players like Ismael Belkhayat of Chari, Noureddine Tayebi of Yassir, and Grégoire de Padirac of  Orange Ventures, are the biggest determinants of how fast the ecosystem grows. This means the sooner these market leaders hit exits, unicorn or other cashable growth stages, the sooner the region’s funding problem will become, if not obsolete, less of an headache.