Lagos-based accelerator, LeadPath Nigeria has begun accepting applications for the second batch of startups into its 3-month accelerator programme. 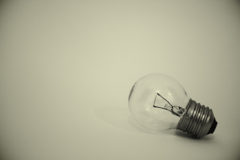 There is some method to the madness. There are six of them, chosen out of over 180 applications that Leadpath received since it made the call for startups in March. Leadpath’s founder and managing director, Olumide Soyombo says that while they won’t be making another call for startups until 2015, they will keep looking at applications year round. He also said that […] The first quarter of 2014 isn’t over, and three technology startup accelerators have come into the space, engines ablaze. While some of them have been around for a while, the launches of 440, Leadpath and Passion Incubator within weeks of each other suggests that a fast and furious trend is at play here. Others are […]