440NG Does Not Invest In Innovative Startups 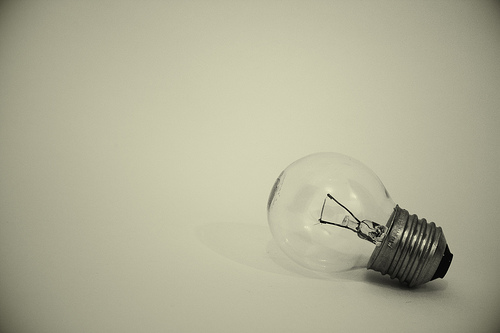 The other day, I posted the list of the startups that had just been accepted into 440’s first accelerator cohort. The list attracted a fair bit of negativity in the comments. So scathing was the feedback that someone at 440 felt obliged to respond. There is some method to the apparent madness, they said.

There is some method behind the madness and finding innovative ideas is not part of it. More on our blog: http://t.co/ZF4w0XGmoO

From experience, real innovative solutions are not simply a new or cool concept, they are the result of delivering products and services in better ways as the startup turns into a business, matures, and listens to customers. They are not always ground-breaking, quite seldom receive awards and accolades, but invariably add substantial value to the everyday lives of its customers. There are many examples of companies or products that were not “first-movers” but went and did it better, and bigger. The iPhone, Google Search, Facebook, Youtube, and many more.  All these business were copies, but executed well and have delivered immense customer value.

In summary, 440 say they care more about the founders and execution than the cool factor or shiny ideas.

Why the unnecessary negativity towards @440LTD startups? Chill! It's still very early days! I now see why YC don't announce until demo day.

The reaction to the 440 startup cohort is not unlike that of Leadpath here as well, only more acerbic. But is it justified?

I am inclined to agree with Oo. Not only is the criticism of 440’s cohort premature, it is also a bit unfair. The Nigerian startup/technology ecosystem has come a ways since pre-CcHub days, but we have to acknowledge that as of today, there is still a preponderance of single-celled fauna that are yet to evolve into fundable ideas. Ademola Morebise has said some things that lots of people in the ecosystem — or at least TechCabal’s notorious commenters — are agreeing with. Right now, there are not that many “real” or “innovative” startups that solve local, relevant problems. Which only goes to show how watery the pipeline is for investors. It’s not as though fundable ventures are beating down the doors of accelerators and are not being let in. If anything, the first wave of accelerators in Nigeria are assuming a great deal of risk, becoming active right now. Although not getting in now is also risking missing out on the rise of the wave. So they are in a right pickle.

Over time, the ecosystem’s tune has changed. Just a year ago, the near unanimous chorus was about how there were no investors. As the investors came in, the cadence modulated to predatory terms and vulture capital. Right now, it’s about them picking shitty startups. Maybe it’s because that’s mostly all there is to pick. For now. Perhaps we need to just accept that evolution (in this case, of our ecosystem) will almost certainly not be a cakewalk, and even that things will likely not turn out exactly the way we’ve imagined they will.

It is almost certain that the first accelerator batches will be duds. To which critics will be quick to say “we told you so”. But these preliminary fails are not such a bad thing. It is on the graves of the first failed ideas that new ventures by hopefully then veteran entrepreneurs will be sown. The false starts are not just inevitable, they are desirable.

I say we take a seat and observe. Let time reveal whom the force is strong with. There might be a few surprises from the current crop of accelerator ventures. For what it’s worth, there is at least one 440 startup I’m genuinely excited about.