Five Ways To Keep Up With Zimbabwe 2013 Elections Online

As the citizens make ready for the Zimbabwe 2013 elections, a number of online monitoring tools, on web and mobile, have emerged to make sense of the process. As of now, five such platforms have been identified by TechZim, including an Ushahidi-based monitoring tool, Zimvoices.co.zw, Myzimvote.com, electionride.com and simukairesults.co.za. 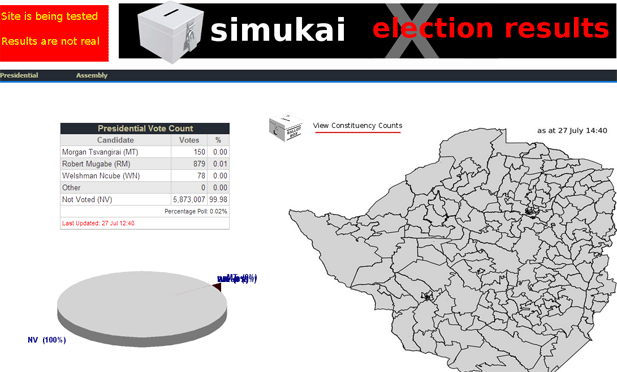 Web and mobile technology tools for the 2013 Zimbabwe electionsWe’ve written in the past few weeks on technology tools that have launched to make convenient processes around elections like checking the voter’s roll, finding the nearest polling station, and following the results. As there are a couple more out there that we haven’t covered we thought we could just list them all in one post.