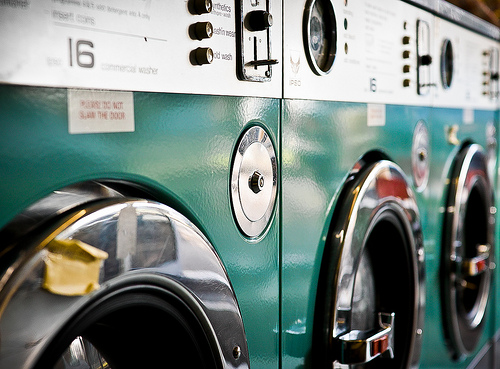 What do you get when you put a laundromat and a website together? It’s called Washist. For a flat fee of N10,000 a month, they’ll come to your house with a white bag, pick up your clothes, wash and iron them and return them within three days. They’ll do this three times a month for customers in most parts of Lagos.

Now customers have to decide if N10,000 a month for three laundry cycles is a reasonable expense. But the real question is if it works in the first place. Washist appears anxious to be recognised as Nigeria’s first on demand laundry subscription service, but I’m only allowing them because the ones who would have been first have failed to launch or keep going for reasons unknown. Apparently, Washlify never built a real product. Kleen looked to be more serious (they took out some serious PR), but doesn’t appear to be operational at the moment either.

There is however reason to believe that Washist is not another dud. For one, unlike the others who came before, they claim to have already received and processed real laundry orders. Unfortunately, the Twitter record which is supposed to reference said transaction does not include the vital photographic evidence that would have made it more believable.

The second, reason is the fact that Washist’s founder, Oluwadare Ajayi tells me he has raised $50,000 for his startup from various people that at this stage can only be classified as angels. The email he sent name drops Oluwafemi Taiwo as one of the early investors. Taiwo, who confirms his involvement but does not disclose to what extent he is invested, was co-founder of perhaps the most successful real estate website in Nigeria, before it was purchased by South African Private Property.

It gets more interesting though. It turns out that Lanre Dabiri, the guy whom most of you know as Eldee the Don is also in on the deal — he also doesn’t want the extent of his exposure made public, I am told. Eldee did drop a track a while ago called “Na Wash”. An uncanny coincidence, most likely. We have reached out to Eldee for comment.

Finally, and perhaps most importantly is that I confirmed my hunch that Washist is actually much simpler than most startup geeks would like. The first thing I noticed when I checked out the website is that Washist doesn’t bother with any half-assed claims at disruptive innovation. There are no frilly apps or other thingamajigs getting in your way. All you’ll find on the homepage is two address fields. One for your email, the other for your address. That’s all they need to get started, really. The first thing I thought was, “hmm, did these guys slap on an email collection bag on a laundromat?”

As it turns out, that’s exactly what they did. Oluwadare says his background is in finance, and he has never worked in the laundry sector (wait, there’s a laundry sector?). But by dint of research, he’s been able bridge his knowledge gap and hand-pick experienced staff from well known laundry establishments, as well as aquire “state of the art equipment to wash and iron clothes” in their own facility.

Celebrities investing in tech startups is already passe in Silicon Valley, but this is first time it’s happening in Nigeria, I believe. Perhaps it might be enough occassion for Eldee to drop a reprise of the 2012 (I think) hit tune to promote the service — believe me, that is actually less far-fetched than you might think, but another discussion entirely. Update: I was right!

However, I’m fairly certain the biggest tool in Washist’s bag is not star endorsement, but its remarkably hands on approach to the business of online laundry in Lagos.