It Took Only Two Years, But Twitter Is Finally Getting Translated Into Yoruba 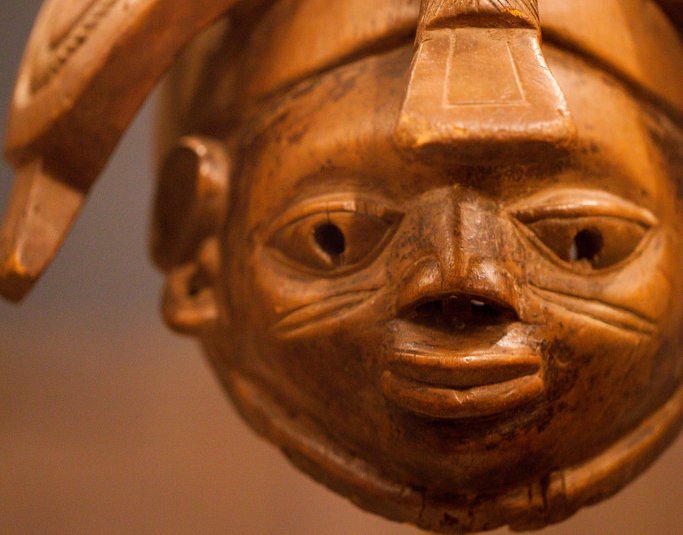 On the 1st of March 2012, thousands of tweets in a language originating from the South West of Nigeria dominated Nigerian conversation on the social network. This was no spontaneous coincidence. The people behind the #TweetYoruba campaign, as it was dubbed at the time, had one clear goal in mind. To get Yoruba supported on Twitter.

Their efforts were not in vain. After a few hours of a sustained barrage, Twitter’s translation desk took notice and promised that support would come in a few months. Of all the enthusiastic Yoruba afficionados in Nigeria and across the diaspora who were driving the campaign, Kola Tubosun (@baroka on Twitter), a linguist and Yoruba scholar stood out. Piqued by a series of tweets he wrote about Yoruba handles that were wasted on Twitter, I reached out to him about to ask if cultural legacies like Yoruba would survive the interaction with evolving mediums of expression and globalisation, or if perhaps like fossils, they would only survive in some digital thesaurus form. His thoughtful response was optimistic of Yoruba’s future prospects.

But this was already January 2013, almost a year after the first Tweet Yoruba day, and Twitter was yet to make good on its promise.

It would eventually take two years, two tweet yoruba days (one more in 2013), and a dedicated core of Yoruba power translators. But the final outcome is its own reward. The localisation staffer they had corresponded with during the campaign notified Kola that Yoruba had been added to Twitter’s translation centre. As we speak, Kola and others are working to translate the Twitter’s standard glossary of terms. They are understandably excited. Yoruba will be the only other African language asides Afrikaans (currently in beta) to be supported by the network. It probably helps that Yoruba seems to be relatively popular. It is spoken not just in Nigeria, but across the world by more than 30 million people, and was one of the first African languages to be added to the Google Translate engine. There is even a Yoruba section of Wikipedia, which Jimmy Wales acknowledged to be the fastest growing African language on the website, even if most of the 30,000 pages are authored by bots.

Next is my email conversation with Kola about how Twitter in Yoruba got to be here, and where they expect things to pan out going forward.

TC: Please don’t roll your eyes, but why is this important again?

Kola Tunbosun: Let’s put it in perspective. Over thirty million people worldwide speak Yoruba as a first language. They live primarily in Nigeria but also spread across the world. But even away from those who already speak it as a first language, this is a language that has already gained an important reputation across geographical lines. I taught it as a Fulbright scholar in the United States for about a year. Dozens of scholars every year travel out of the continent to teach the language in foreign countries, for enormous financial and professional gain, and a number of foreigners come to Nigeria every year to learn and study the language. In that sense, it is already a big deal.

Now, you will know that twitter has grown to be more than an app. It’s a communication platform that has been utilised for a number of causes and connections across the world, from the Arab Spring in Egypt to the Umbrella Revolution in Hong Kong. Having the service available fully in a new language, ours, opens up the service to a new number of people. My grandfather is literate only in Yoruba, so he has never had any reason to care much for what we do online. But imagine if he could follow news and events in his native language, and follow what his grandchildren are doing, for instance?

On a basic level, even if it is just one more language on the global platform, one should be proud that Yoruba is one of them. So, besides the obvious communicative function and the sentimentality, it is also one more way of ensuring the language’s survival in this new dimension. One day, the following will be a perfectly normal question to ask “If your language isn’t used online, does it really exist?”

Could you describe the process of interacting with Twitter via the campaign and personally to support Yoruba?

It’s a long process, but if you badger @translator and @twitter for about a hundred tweets per minute or more, as we did on #tweetYoruba Day in 2012, you’re bound to get a response. We did that and got a direct message from an employee at the translation desk of twitter who said they heard us and would consider including Yoruba. I wrote about it here.

Was it a hard or easy sell? How long did it take, and what are the factors that led to the greenlight on Yoruba?

Many questions here. No, it wasn’t easy, but we didn’t expect it to be.

As I said in this interview, the whole idea started as a way to celebrate mother tongue day on twitter where every speaker of Yoruba on twitter will tweet in the language all day long.

However, as I also said in this other interview, it collided first with a fierce argument I had with a couple of guys online – a couple of actually young and upwardly-mobile middle-class Nigerians – about the need for mother tongue education. They disagreed, seeming to believe that mother tongue education was a waste of time or something of sorts. The argument stemmed from the decision of some lawmakers in the South West to allow the use of mother tongue as the medium of instruction at some levels schooling.

Their reasoning shocked me but I was more dismayed because it came from future leaders and future opinion makers. The future immediately looked frighteningly bleak for mother tongue education and the survival of the language itself. So, I thought to do something about it, first with a blogpost, and second with the #tweetYoruba day whose idea came later with news that twitter had opened up its translation center to a couple of new languages.

As for how long it took? The initial assurance from twitter came on the same day (March 1, 2012) on the evening of the first #tweetYoruba event. However, nothing else happened for two years. Ostensibly, the platform was being set up. Then one day in August 2014, I got a direct message again from the same person (who, by this time, had stopped working for twitter) directing me to this tweet that Yoruba and Esperanto have now been added. It was pure joy. Now was the time for the real work to begin.

Do you have a sense of how large the Yoruba community/population on Twitter is? What proportion of these would actually tweet in Yoruba?

This, I don’t know, as per your first question, but the first #tweetYoruba day got the hashtag trending before noon. It will be nice to know how many people speak Yoruba as a first language, and use twitter, if only for information purposes. But I’m convinced that having the service in Yoruba will add a lot more to whatever the current figure is.

Do you have reach and engagement statistics from the tweet Yoruba campaign? What would Twitter support for Yoruba actually look like in practice. I’m assuming all the words in the interface would change to Yoruba, right?

When I logged into the twitter translation platform, I found about 175 or so glossary items (words, terms, and phrases) which are currently used in all the facets of the twitter web/mobile interface. That was what we translated into Yoruba. What you should expect when the final product is released is all you have now, but fully in Yoruba language. It won’t change what you actually tweet, which means that you can still tweet in English from a Yoruba interface.

The next level, for linguists, would be getting internet machines to competently translate the language from English, so that folks who tweet in English can get their message automatically translated if they so wish. Google is already headfirst into that department, but it won’t be done in years. Yoruba is a tough language to machine-translate.

How long do you think this will take to complete?

Who are the people you are actively collaborating with on the #tweetYoruba campaign and translation project? It would be great to get a sense of unique ways each of them have contributed.

Yes, there is an active informal group of the original collaborators, the Tweet Yoruba Gang. They get regular updates and are also involved in the current translations as well, though many haven’t been active of late. The group is made up of some of the original collaborators of the first #tweetYorubaDay and a few new entrants who are scholars of the language (I’ve been talking to a few fellow current and past Fulbright scholars who have taught or are currently teaching the language).

The original idea started during a conversation with @molarawood on the use of mother tongue on twitter, so she is one of the core supporters. The success of the movement is due to her and a number of others who have pitched in over the years. Off the top of my head, I can remember @YorubaCulturalInstitute, @kayodeoyinbo, Kayode Ogundamisi, @AlakoweYoruba etc. On that first day, @SpeakAfricaApps gave away free “I Can Speak Yoruba” t-shirts and tote bags to a selection of folks online who participated in the day’s event. The folks at @thinkoyo also gave away free recharge cards. That helped increase participation.

There are many others now who merely participate by asking questions in private. Some even asked if we needed any funding. The response has been tremendous.

As per the translation itself, the first phase is not yet over. Take a look at the Translation Center to see what I mean. And there, you can see the twitter handles of folks currently working. We’re not done. We’re far from done actually, because a couple of well-meaning but unhelpful enthusiasts columnists have got there first, with horrible translations of all the glossary items. They even upvoted their own horrible translations – translations do not even derive from the source terms at all. So, one of the first things we’re doing now is reporting the terrible translations, downvoting them, and upvoting the good ones so as to make sure that the final product is perfect and best represents the language.

We would want to go through all the translations as many times as possible so that twitter, when the time comes to select the standard terms, doesn’t mistakenly select the terrible ones.

How can other people get involved? What kinds of competences are you looking for?

Thanks for asking. We are looking for teachers of Yoruba, particularly, and scholars of the language at every level. Because the translation portal is open to anyone with a twitter account, there is a risk of having the wisdom of the crowd trump common sense or competent result. Let anyone with professional competence in Yoruba/English languages send me an email at kt@ktravula.com, or just log into the translation portal, and sign up as translators. If they agree with current translations, let them vote them up. If they find any terrible ones, let them vote them down or report them.

And since I don’t know for how long the translation portal is open, the earlier, the better.