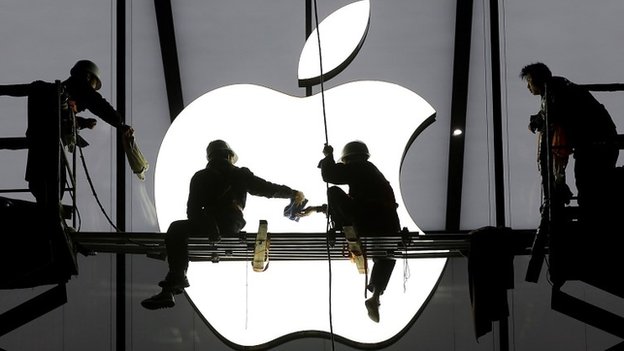 Apple grossed $74.6bn in revenue, and $18bn in profit in the first quarter of 2015, the highest ever in corporate history, smashing a record previously held by Russia’s Gazprom with $16.2bn.

According to a statement on Apple’s website, the results were fueled by all-time record revenue from iPhone and Mac sales as well as record performance of the App Store. Apple sold 74.5 million units of iPhone in the last quarter of 2014.

Tim Cook, Apple’s CEO who himself earned 40% more in the past year says, “[the company’s] revenue grew 30 percent over last year to $74.6 billion, and the execution by our teams to achieve these results was simply phenomenal.”

Apparently, it’s been a good year at Apple despite 22% drop in iPad sales.  Apple will ship its new Apple Watch wearable device in April of this year. This may nudge up its revenue even further in the new quarter even as concerns are rife that its high-end price may not be able to woo more than the Apple faithful.