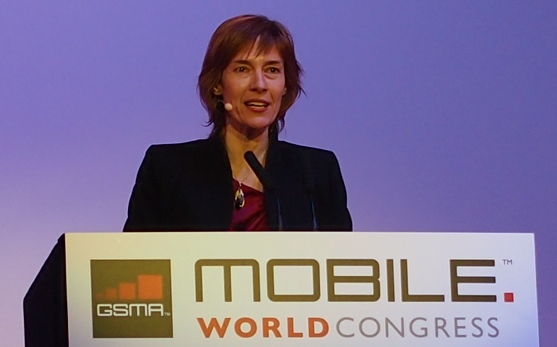 GSMA’s Director General, Anne Bouverot has revealed that she will be stepping down from her position to become the Chair and CEO of Morpho, a technology company focused on security solutions.

In 2011, Anne Bouverot had replaced Rob Conway, who headed GSMA for twelve years.

According to Jon Fredrik Baksaas, Chairman of the GSMA and President and CEO of Telenor Group,

“Anne has made significant impact during her tenure with the GSMA, building a stronger organisation focused on our industry’s priorities and advocating effectively on behalf of mobile operators across the globe. We are naturally disappointed that Anne has decided to move on to a new opportunity, but we wish her every success as she takes this next exciting step in her career.”

Before moving to GSMA in 2011, Ms Bouverot had served in various capacities in French telco, Orange, before her finally serving as the company’s Executive Vice President for Mobile Services.

Bouverot’s appointment with Morpho will be in effect form the 1st of August, 2015 where she will replace Philippe Petitcolin, who will take up another portfolio within the organization.

Formerly known as Sagem Sécurité, Morpho is a French multinational company that specializes in providing electronic security systems for governments and private institutions.

GSMA is currently looking out for a replacement for Ms Bouverot to take over once she leaves office by the 31 of July, 2015.