A giant iPad, and other noteworthy things from Apple’s September event

Everyone waited for the September announcements and we were not disappointed when the announcements finally came. We weren’t all that amazed either, I wasn’t, we were already drowned in the whispers around the grapevine.

I won’t even feign any excitement at these announcements, nothing to see here really outside the Microsoft’s Surface Pro-inspired iPad Pro – the one that may finally nail the death of Macbook Airs – and the 3D touch tech (Formerly force touch tech on the Apple Watch).

Maybe it might be different with you. We may not have gotten a good seat – or any seat for that matter at the announcements yesterday – but we’ll give you the best view we can. Here is everything Apple announced yesterday:

The iPad Pro was the star attraction yesterday in my book. Apple CEO Tim Cook says it’s the “biggest news in iPad since the iPad.” He is right. The device comes in at 12.9” – about the screen-size of the iPad Air – with 6.9mm thickness. It clocks in at 5.6 million pixels and includes a full-size on-screen keyboard. There is also a detachable Smart Keyboard and the Apple Pencil (more on that later) that works with the device. Apple says it’s faster than 90% of recent laptops and has a 10 hour battery.

The 3D touch which debuted in the Watch bundles with all the devices from yesterday. The Apple’s 3D touch triggers alternative options and actions depending the intensity of depression. The Apple Pencil is the stylus for the iPad Pro. Enabled by the 3D touch, it detects pressure, angle and allows users control thickness and patterns.

The Smart Keyboard connects to the iPad Pro. Nothing more here, just a keyboard accessory with a 3-point smart magnetic connector which transmits data and power at the same time.

The iPhones 6s and 6s Plus 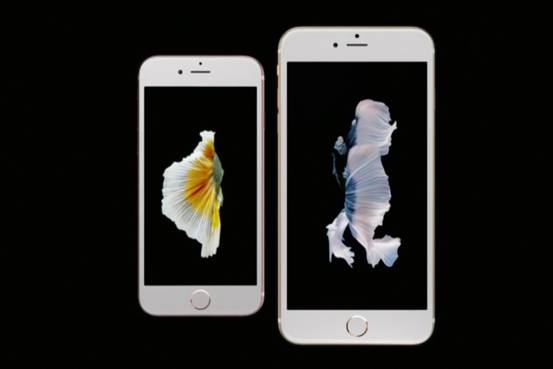 The phones maintain the same form with the its earlier versions, the iPhone 6 and 6 plus. The new phones come in the 7000 series aluminium and are available in Silver, Gold, Space Gray and Rose Gold. The phones have the A9 chip, the third generation of Apple’s 64-bit chips which Apple says is 70% faster in processing speed and 90% faster in graphics. Apple buffed up the camera hardware on the new phones with a 12 megapixel primary camera and 5 megapixel front-facing camera compared to previous 1.2 megapixel. It’s sefie heaven.  The phones will sell at exactly the same price as their predecessors. Pre-orders begin September 12. This update to the Watch OS will be released on September 16 and it will aloows third-party apps to run natively on the device instead of having to link up with smartphone’s processor.

Apple announced it’s 4th generation Apple TV with its native app store and Siri. The new Apple TV will be available at the end October with prices starting from $149.

So there. All the Apple thingamajigs that will keep us obsessing for the coming months before Apple in their intellectual benevolence will flash another set of those in our faces and leave us pining because of the new money that will go out the door in pursuit of flagships.