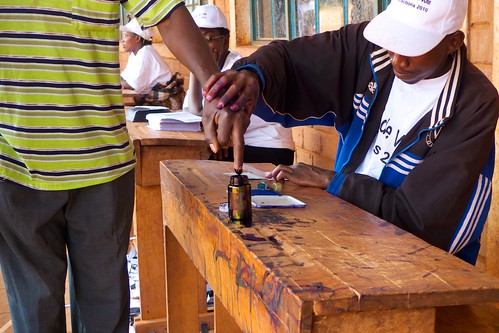 The internet pretty much called Nigeria’s last presidential election spot on. The internet telltale signs were a suspect; “elections are not held on Twitter (reads internet),” the cynics said – and I was one them.

The internet, of course, proved us wrong, it was neck-a-neck just as the digital oracle told us.

The Gubernatorial elections are up next and now we are taking the internet a bit more seriously.

In Lagos, where we live and work, we are checking out the internet trends for the two major candidates (APC’s Akinwunmi Ambode and PDP’s Jimi Agbaje), and this is what it looks like. On the strength of these signals, this is a tight race in which APC’s Ambode has a paper-thin lead. Whether the elections outcome will follow this vibe remains to be seen. Now we hold our collective breath.