What Will Africa’s Internet Look Like in a Few Years From Now? 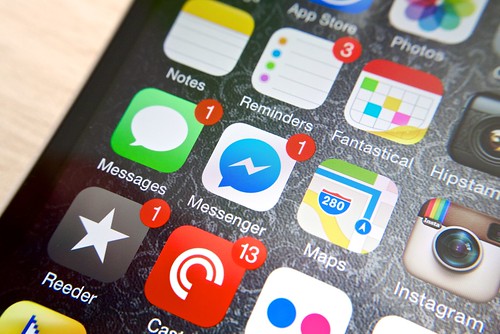 The actual battle for the soul of the African internet is physically far removed from the continent itself, happening in gilded boardrooms in London, Germany and Stockholm, and Silicon Valley where the top echelon of these corporate interests negotiate shrewd longterm deals worth millions, sometimes billions of dollars.

The shape of Africa’s internet landscape (and outside the scope of this piece, the technology one) will most likely be determined by global internet companies, ISPs, and internet investors who are frantically racing to carve up a piece of the next billion for themselves.

In Nigeria, Etisalat Dobox, Airtel five Naira videos, MTN Music, and more all have one thing in common. The mobile networks zero-rate data access to specific content services they promote, giving their subscribers huge incentives to adopt those content services at the expense of others that would consume their data. Admittedly, they have not begun to selectively throttle access quality and demand rent like Comcast does to Netflix. But what is to say that won’t happen in the future, as the local telco content wars heat up?

All of this brings squarely into focus, the looming question of the attitude towards net neutrality by Nigerian and indeed African communications and internet service providers. The trend in developed markets (especially the U.S) is increasingly against ISPs granting priority or discriminatory access/treatment to different apps and services in order to discourage anti-competitive behaviour. In November 2014, the Obama administration threw their lot in with net neutrality advocates, setting a global precedent. Notwithstanding, Nigerian/African ISPs appear to be totally unconcerned with the concept.

“Net apathy” in Africa on the part of ISPs is mostly due to the absence of regulation. On the question of net neutrality, Etisalat Nigeria appears content to occupy a neutral stance for the time being. A representative of the company told TechCabal via email that while the nascent market is still yet to evolve to the point that net neutrality comes to the fore, the network is always ready to hew to the position of the regulator.

“For now, we are more preoccupied with how to get broadband access to an even greater number of Nigerians, and for those who have it, guaranteed quality of service”, they said.

One South African technology pundit, Duncan McLeod of TechCentral argued in August 2014 that net neutrality rules are in fact not needed in that country, at least not right away.

“Net neutrality regulations may be needed in South Africa in future — particularly as mobile operators start edging their way into the content game — but the ISPs are right: Icasa should watch developments elsewhere with a keen eye, but resist the temptation to impose regulations that are not currently needed”, he says.

His stance is one that local ICT advocates will be none too happy with.

African ISPs are however not the only beneficiaries of an under-regulated internet industry. In the last couple years, global internet giants like Facebook and Twitter have sought partnerships with local mobile networks to deliver zero-rated access to gated web experiences in emerging markets. These activities have ramped up considerably in 2014. Critics point out a double standard. Facebook’s Internet.org, with its selective access offerings is taking root in India (not without opposition), but it would have been unable to avoid regulatory and industry scrutiny in its home market.

Every so often, we catch a glimpse of the chess moves, even if only long after they have been played. MTN’s recently acquired interest in Rocket Internet’s Africa Internet Group. Facebook’s zero data partnerships with Airtel in African countries as well as India. And from these occasional glimpses, one thing is clear. If these corporate interests have anything to say about it…and they do…Africa’s internet is in danger of being a closed one. It is quite possible that by the time net neutrality in Africa does become an issue, most of Africa’s internet users will have found themselves in a maze of AOL-esque internet walled gardens from the era of dial-up.