Why Do People Misunderstand Incubation Spaces in Africa? 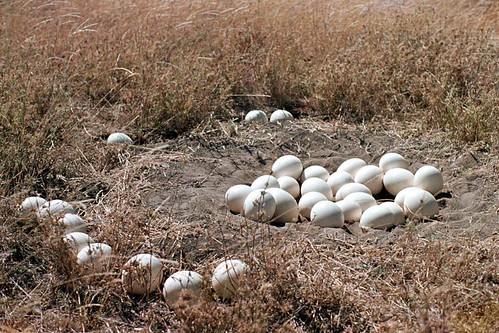 In his piece, Mark Essien states that incubators do not work optimally for African startups, and specifically mentioned BudgIT as not being properly “incubated.” Mr. Essien thinks an entrepreneur cannot be guided and by my understanding of his piece, that mentorship as a tide will not lift a lazy boat anchored at the dock. Rather, he leaves readers with the impression that finding ready-made boats (read founders) and throwing money at the crew is a better solution.

The people you meet

I worked in First Bank Plc for 3.5 years without any promotion and I found it glorious to meet Bosun Tijani and Femi Longe, who started Co-Creation Hub. I would rather focus on Co-Creation Hub, as Essien’s carpet idea that incubation does not work strikes needlessly hard at their unsung work. We can only have this discussion about start-ups in the first place because certain people, at the expense of comfort successfully organized a space that breeds intersections between people with diverse skills. Essien misses the point, talking about more value to be gotten by “talking to other founders.” You won’t see a bigger collective of Founders in one place than in an incubator hub. I met the person who would become my co-Founder at the Co-Creation Hub, as I was not a coder. I know of a creative economy and business relationships that serve beyond Nigeria spun from that space. I don’t want to sound vain by recounting the numerous grass-to-grace stories that have emerged from this intersection. I also have to be grateful for the work of Chuka Ofili, Kene Udeze, Clive Ayonye, Segun Fodeke who harnessed the social capital of CChub to build the viral Budget cut app in those uncertain years.

Honestly, if anything provided the opportunity to build a nexus of tech startups around Yaba, we have to accord that honour to the incubation space that is Co-Creation Hub.

And my own first-hand experience leads me to tell you assuredly that this is almost the same experience everywhere in Africa. I know we had Seun Osewa, Tim Akinbo, Victor Asemota, Emeka Okoye and others, who were providing bespoke offerings in and outside of Nigeria before Yaba became relevant. We can’t sincerely quantify the psychological impact of Co-Creation Hub and how their efforts tangibly ensures the startup ecosystem as a whole keeps evolving. We can’t deny the spillover effects on other incubation hubs in Yaba, and the interest of global tech companies to support them. The facts and people are there, as in discussing glorious data of big startups, context is very important.

Therefore, we can’t only talk about Co-Creation Hub and mention BudgIT. That’s unfair to Traclist, Asa, Wecyclers and other organizations in that space also making revenues/impact in their spheres of influence. Even if we are going to judge the size of a startup, is it defined solely by the amount raised? The first thing to learn is that Co-Creation Hub runs the biggest subsidy scheme after the Federal Government. Think about how they are giving people a chance to have a business space with less than $150 annually, considering the cost of doing business in Nigeria. After moving into our space in 2015, I clearly understood what it means to run an office, with the “diesel man” sounding unbelievable everytime he says that the tank needs refilling. It makes me appreciate even more what an incubator Co-Creation Hub really is. Like the medical version, it shields new businesses and business owners from the harsh conditions of the business environment, enabling them emerge ready to grow. It is about giving people a chance, in a territory already fraught with risk, within a society that guarantees too little local support. It is to be commended and expanded, not a blanket headline that ‘it does not work’.

We will also miss an important point if we can’t understand that the incubation model is to test on a small scale. The metrics involved are different and if truly followed, it leads to larger achievements. An incubator is not only about rushing an enterprise to raise money. Most startups are running on unbelievably lean budgets, learning the rigours of a small scale business first-hand and not at all within an environment where they merely “show up to be incubated.” BudgIT ran on 10,000 USD for the entire 2012 till we had our chance to raise revenues through grants. Even if you appear ‘self made” if those time-tested principles are not your guiding lights, the end is almost nigh.

To sum up individuals who have prior professional, academic skills and also work with peers of the same standing in incubation hubs as people waiting to be spoon fed and lacking grit is to be condescending. To say “one does not need mentorship, one wants information” is absurd, as mentorship comes with priceless information that could and does save startups a lot of hassles down the road. We can also limit the networks that incubators can expose their startups too.

In the end, with the lessons learnt with the quiet rise of Truppr, the emotional investment of the Founder matters most and is a critical factor incubation spaces cannot control. I have seen people just walk away in Co-Creation Hub after building something promising, it pains me that they don’t have the tireless grit to see it to end. However, we can’t dismiss their prior work or shut the windows to others. Yes, they might not have the status of tech leaders that Essien puts forward, might not be raising millions in a series of rounds but they are accomplished in their own right and there is no one yardstick for success, especially given the vagaries of the African environment.

Where are local funders?

Co-Creation Hub only started the beginning of the value chain and what is clearly missing for most entrepreneurs in this space is scale-up funding. Maybe we need another Omidyar Network, Kennevik, Tiger and others but we must ask ourselves, for how long?. Four years ago raising 100,000USD was hard and if you have to do it locally now, it is still hard. Tony Elumelu’s $5,000 grant may seem like failure to Essien but in the context of the times, it was everything. Traclist can be the next e-commerce sparkling star and with another $2m support, its potential can be sporadic. Same for Wecyclers, Asa, and Vacant Boards, while for those in the industry whose kernels are well cracked in the tech industry, let us keep filling the space.

The hypothesis of incubators and who should run/use them is still being tested. There’s that debate about whether “geeks” can run startups effectively; Essien himself is proof they can. But his fixation on capital is precisely why incubators should be respected, as they are a check of sorts. Incubators will keep pivoting to social issues for Africa because our basic problems of education, health, governance, environment are still unresolved. Akirachix, Ushahidi and Pawa25 are working examples, leading a better narrative for Africa. They create jobs and also confer impact on their immediate society like for-profit startups, unless everything is weighed on the dollar machine.

Not always the dollar machine

Still a learner, BudgIT is hiring salesmen to harness its for-profit offering, to be launched next month for selected private organizations. This is to rebalance our revenue base and truly build a social enterprise after a revenue of 840,000 USD last year; 85% of it being pooled from charitable grants & impact investments. I only mention these figures to buttress my point because sincerely, BudgIT didn’t start centred on money but on social change and we still do not exist for the size of the accounts. Personally, I believe money can’t be the sole internal yardstick for everything built to last. We did not see this hybrid model from the hackathon in 2011 afforded to us by Co-Creation Hub. We never saw the opportunity to scale BudgIT to Sierra Leone and Ghana as we are currently doing, neither did we plan to build a full-blown open budget platform for the Kaduna Government nor plan to end up reshaping the civic space as we are doing for over 15 traditional NGOs.

A window for another chance

Therefore, let us give another Oluseun Onigbinde and the incubator which aided him another chance or else, we never might know, and Africa may never benefit. That is what I think incubators do. It is about finding another promising pupil in the class, not necessarily the loudest/most established, and matching them with existing ecosystems that are ready to accept them as they are, and support their vision in every way possible. If that’s all incubators do, spawning hubs of innovation and setting a new narrative for African startups, then they are sufficiently awesome for Africa and are undoubtedly accelerators. To measure the impact of incubators solely by the amount of money raised by their startups or the scale of turnover — without realising that the startups may simply be yet to arrive at that cycle of their professional lifespan and that can’t always be the measurement- is to grossly misread their pivotal role in shaping Africa’s economies and democracies.

Editor’s note: Oluseun Onigbinde is the co-founder of BudgiT, Knight/IFCJ and an Ashoka Fellow. This post appeared first on Oluseun’s Medium page. You can follow him on Twitter @seunonigbinde or LinkedIn. 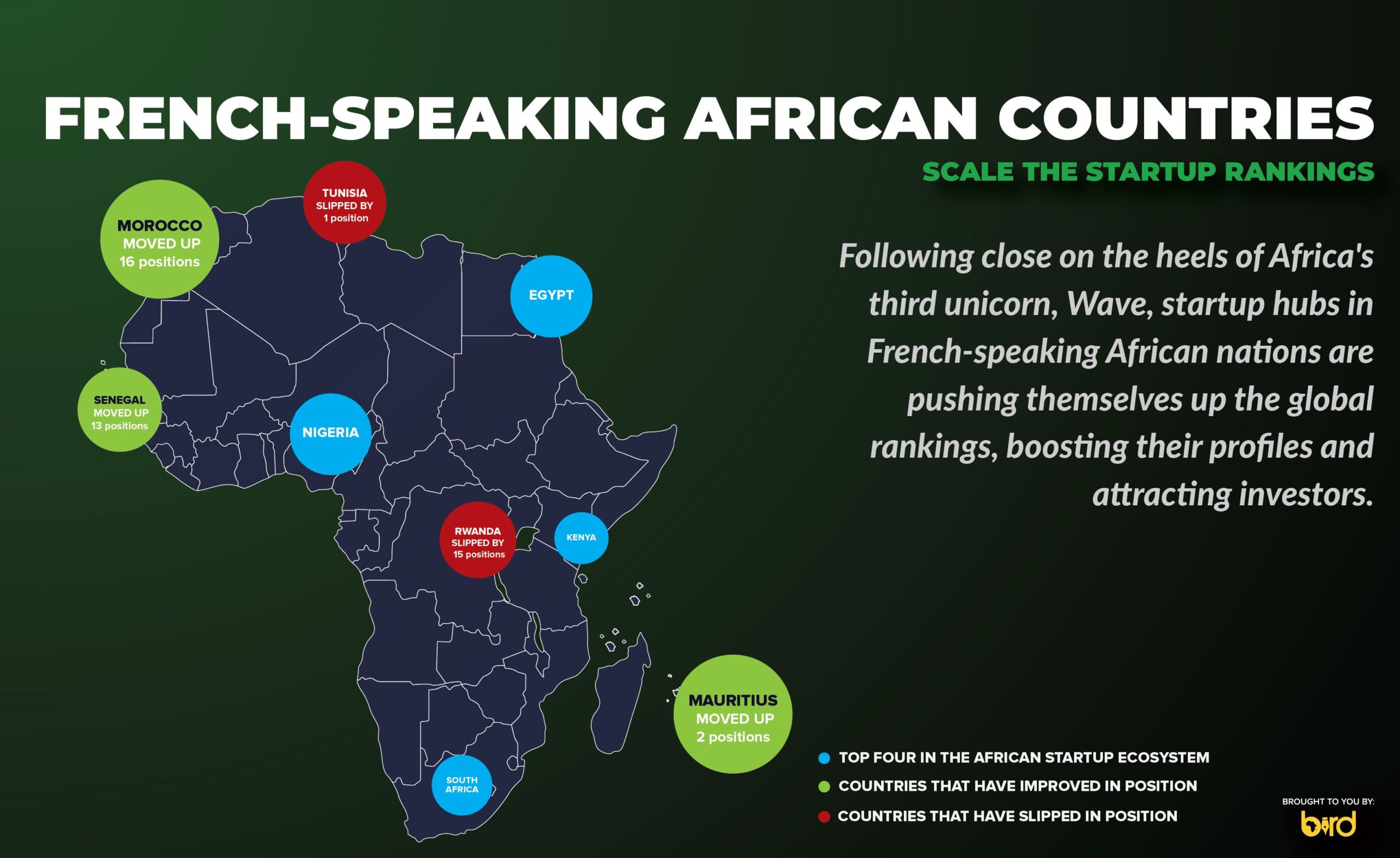