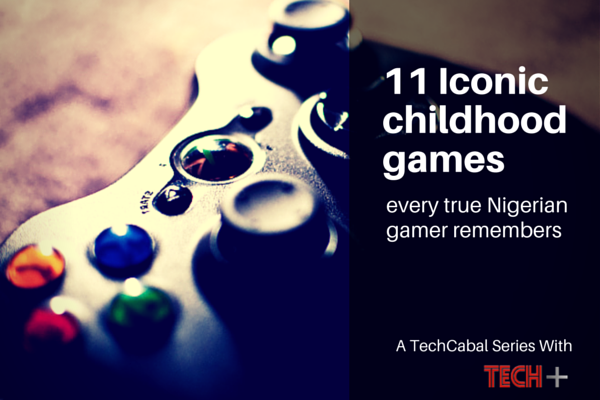 Ah, childhood in 90s Nigeria! Those idyllic days of playing “Catcher”, “Ten-Ten”, and skipping rope with your friends after school, and getting lots of sunshine and fresh air, as all healthy, growing children should….

Enter Nintendo with their smash hit, Super Mario Brothers. The game was the beginning of a wave of video games that would make their way into Nigerian consciousness and shape our gaming history and culture.

It’s been many years since this beautiful world of gaming opened up and sucked us in, and we have evolved with these games to become the gaming pros we now are.

We have put together a list of games that every Nigerian child of the 90s deployed for target practice. Time to go back. Waay back. 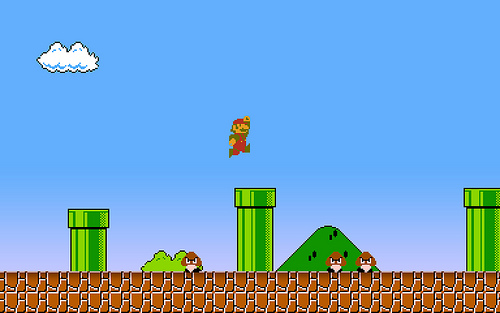 No one would forget the plucky guy in the red plumber overalls, journeying through eight worlds and pounding goombas to rescue Princess Peach.

This title can’t be anywhere else but at the top of the list. This game arrived in Nigeria about the same time it became fashionable for every middle class Nigerian family to own a colour teevee. With its simple controls and catchy theme song, it was the first to win an eternal place in our childhood memories. 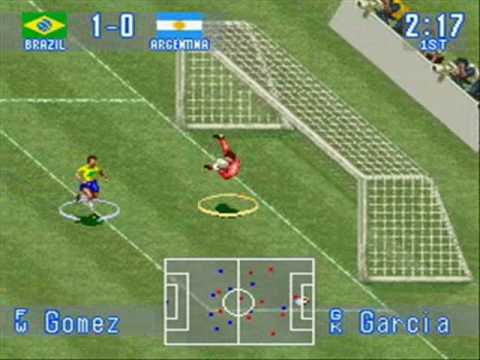 Forget FIFA, PES and other shiny graphic-rich titles we now tote, this is the best darn soccer game ever.

For some guy folks whose parents just refused to get this one for the house, they found respite at the hair shop — 90s barbershops had them plenty. It was come-for-the-game-and-maybe-get-a-haircut. 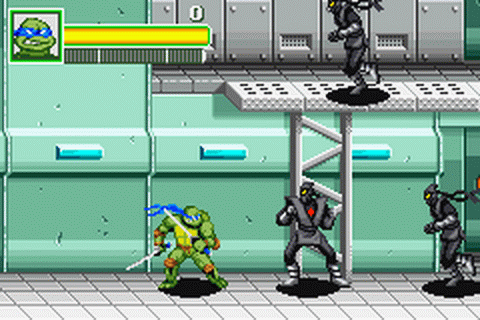 TMNT was on the Nintendo Entertainment System, but  the one most pervasive in the 90s was the one on the 8-bit Game Boy Colour. Game Boy; that clunky plastic contraption was the source of many a high schooler’s pride. Good times. 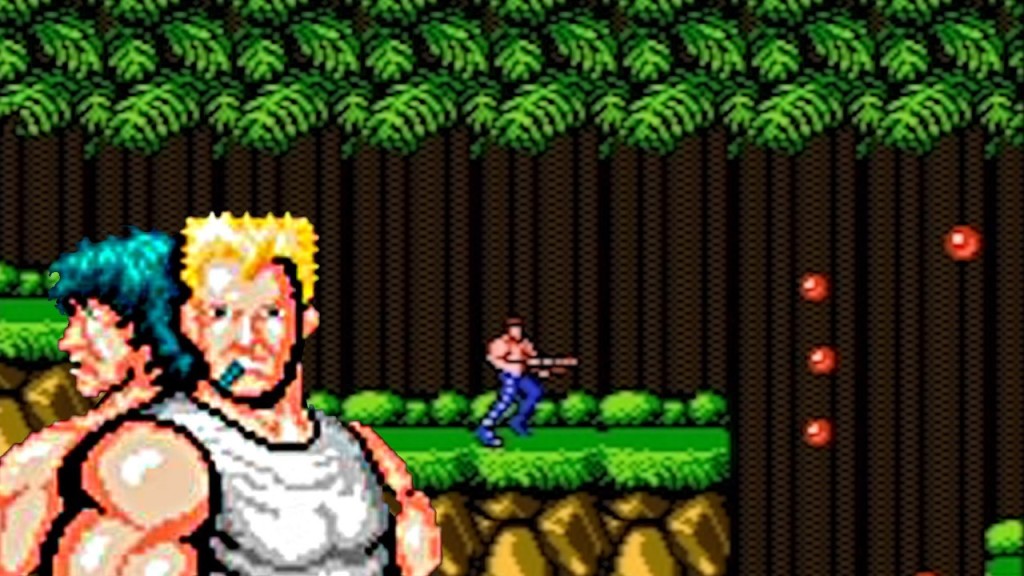 This gun-action platformer was everywhere in the 90s. It was on the slow-assed home PC, the Game Boy and even bundled with DVD players. It was hard to ignore. And the cooperative team-play was how some of us first learned teamwork and sacrifice. 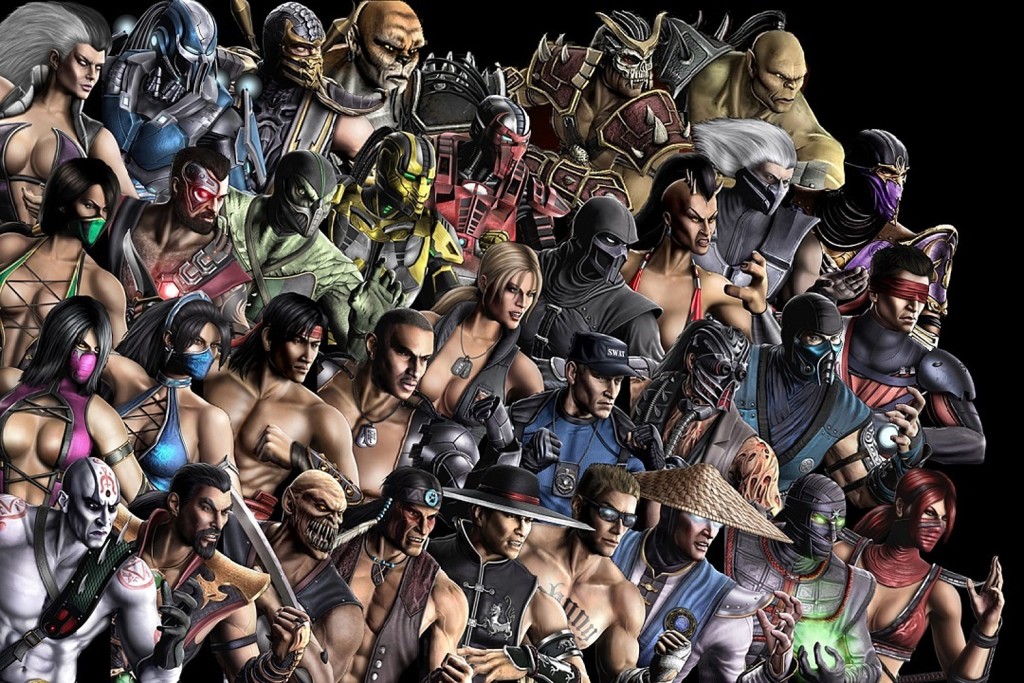 This list would be a sore disappointment without MK. This one got us hooked for endless hours. Most people I know don’t agree, but in that awesome listing of kickass ninja assassins, Liu Kang is the coolest. He doesn’t have the over-the-top fatalities like you’ll see in Scorpion, for instance, but his endless bicycle kick is always on fleek. Who needs flourish fatalities with that in the box?

C’mon Baraka, get a grip. 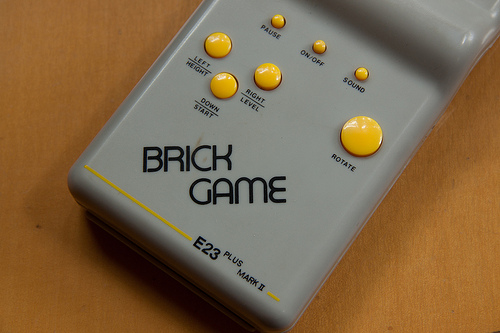 The minimal handheld Brick Game is easily the console that began the gaming journey of many a millenial. It was handy, accessible and cheap to manage. Of course, it didn’t afford the level of hauteur the Game Boy did at the time, but it was so much fun. Tetris was the star title in that very limited catalogue.

Er…this is not the Tetris I am talking about 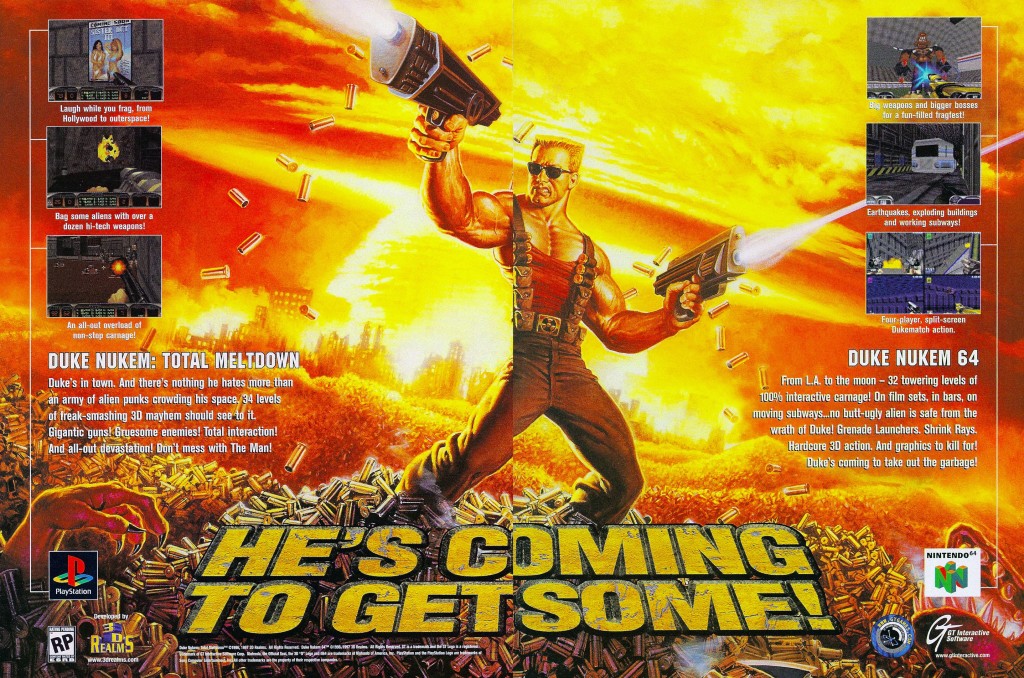 Duke Nukem was most popular on the Game Boy before the shareware version became popular on PCs in Nigeria at the turn of the millennium.

Resident bad boy, Duke Nukem is the eponymous hero of the game. The RPG platformer has been reprised a lot and more recent versions have retained the unreconstructed 90s-style action hero, complete with his signature douchbaggery that remained just as striking as his alien-dispensing proficiency. 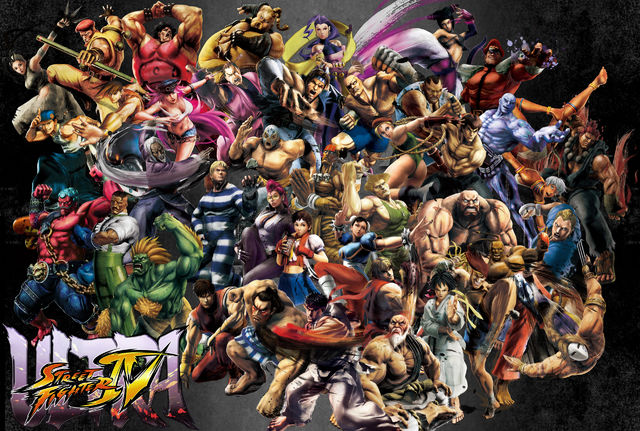 Even though the arcade fighting game, Street Fighter (SF) became popular before Mortal Kombat, it wasn’t as imaginative. What with all the gore and shilling fatalities in MK. But no one cared really.

In the series with the notorious maximum-damage punching wave, Hadouken, Ryu is probably most plain-looking character in the title but was the most effective at dispensing with opponents.

The Street Fighter 2 was the most popular then, and it racked up more than $1.5 billion in sales revenue for Nintendo in 1993. 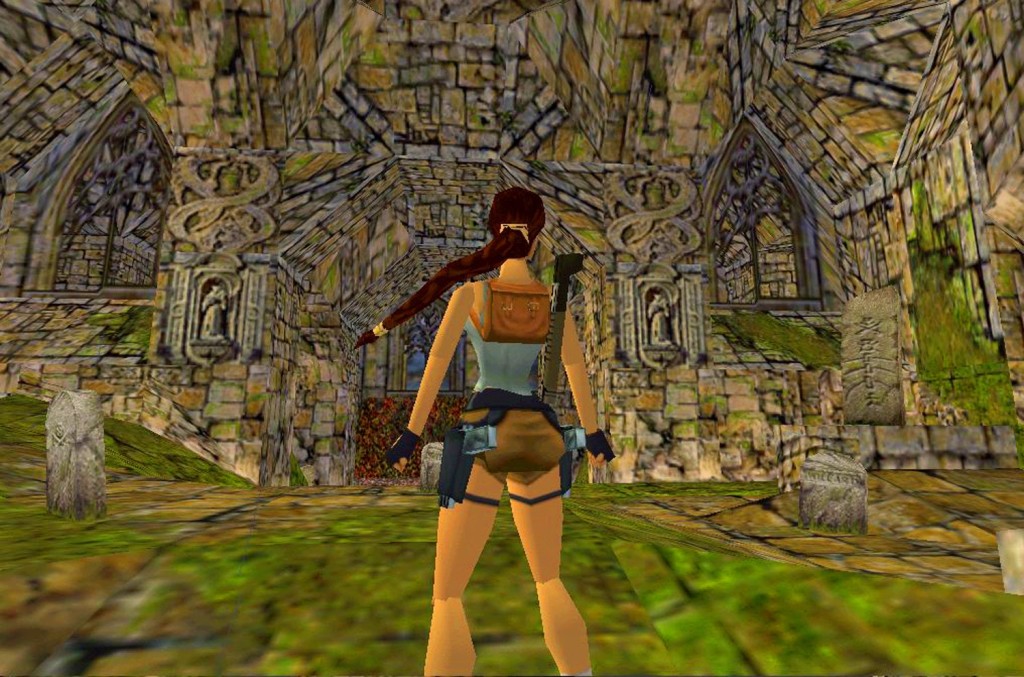 The valorous Lara Croft won many a gamer’s heart, because, well, great body. We began to notice and appreciate the resident badassness in the character much later. 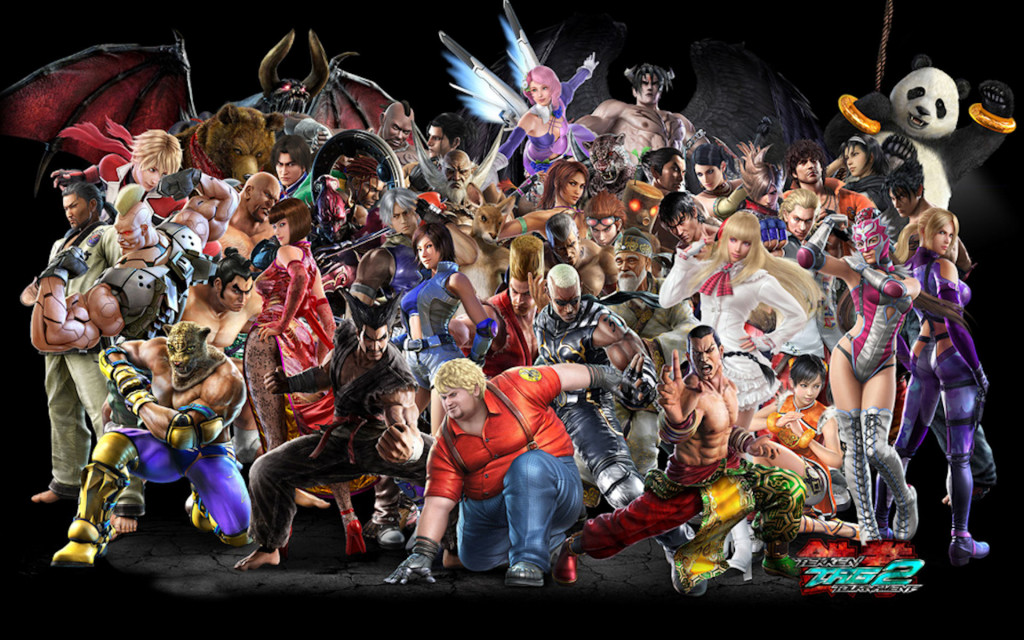 The third arcade fighter game on this list – Tekken  was a huge hit in the mid to late 90s with a massive Rolodex of combinations, special attacks and damaging moves.

This fighter really sated our knuckle-busting urges back in the day. 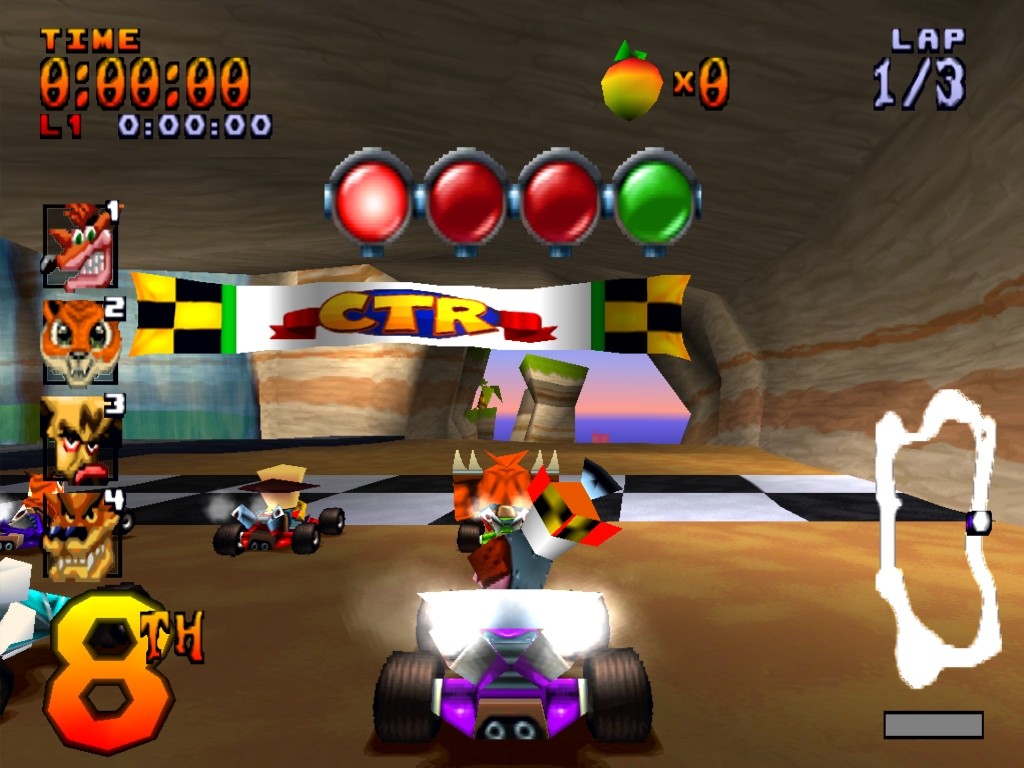 More of a personal favourite than anything else, Crash Team Racing is the fourth title in the Crash Bandicoot series and more than others before it, this one caught on quickly in Nigeria. I am willing to bet that was because of the surfeit of offensive (read, pure evil) power ups that shipped with it.

Remember these games that came to the rescue when power was out and the Game boy’s AA batteries went out as well?

Actual bic biros going at each in a battle of tenacity. It was the ultimate gladiator sport of high school, forget the bullies in the school cafeteria stealing your lunch. The high school oblong desk is the colloseum. The last pen on the table wins.

Soccer has been bae for a very long time and the table soccer with its many variations was our way of owning the game. Sorta. Whether cutting out a pitch on foolscaps with painted-on formations or hitting crown corks against what used to be our shirt buttons, it was innocent fun. But it was strictly NSFH (not safe for home), because mom, shirt button. Go figure.

Well, there. Agree? Disagree? Anything you want to add? Sound off on Radar

*All these titles were available across various platforms, but the platforms specified here are where the titles were most popular in the Nigerian 90s. 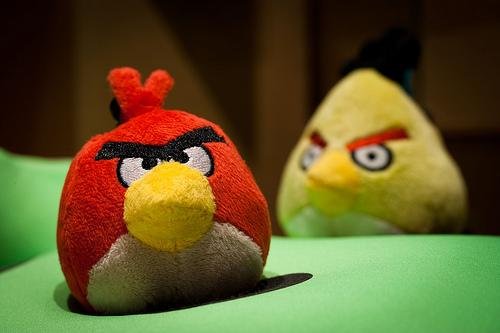 Note: If you’re the type to say “I’ll revert to your SMS later” in everyday conversation, stop reading this right away. You’re too far gone for help. 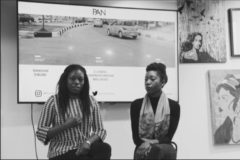 I met Amina Ibrahim and Lara Tijani, co-founders of Project Awareness Nigeria, at a BTNG event in London. We caught up later and talked about PAN, socio-economic issues, and more 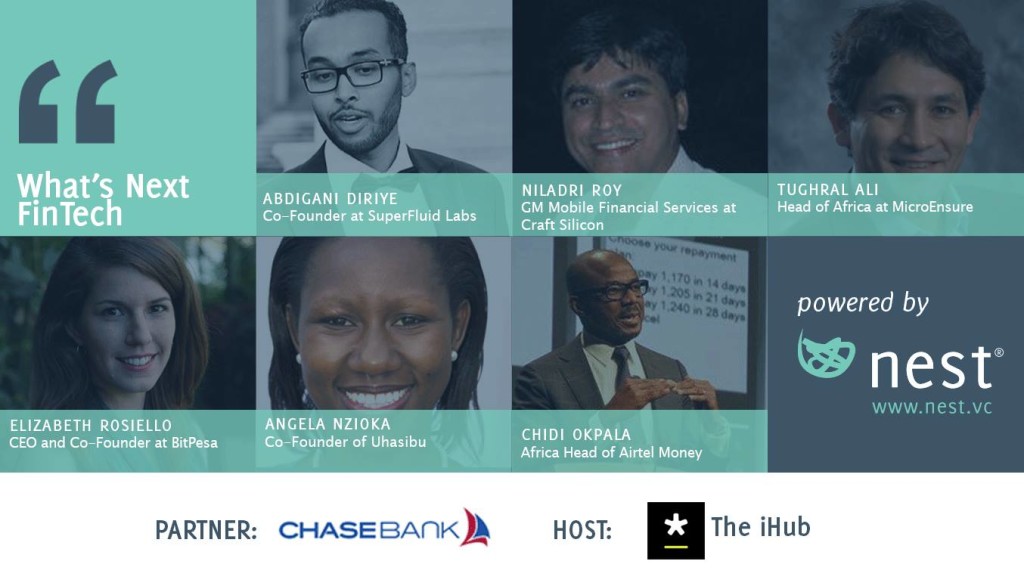 Hong Kong startup incubator Nest is hosting a panel discussion on technology and finance as part of its speaker series, dubbed #WhatsNext. The panel discussion, held in partnership with Chase Bank Kenya, will bring together key players in the finance and tech industries, with the panel sharing the challenges, advancements, adoption and application of technology […] 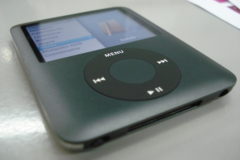 Apparently, the streaming business model isn’t as recent an invention as we’ve been led to believe. It was in existence in a certain form, a while before the Internet – as we know it today, was invented. In 1982… 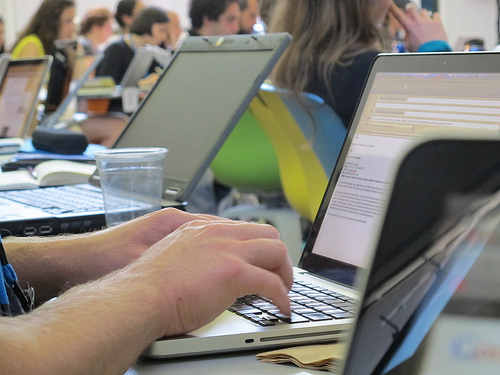 Note: Spoiler Alert! There are gigantic spoilers in this post. I watch a lot of TV shows and movies. And what keeps me faithful to a TV series in particular is how much knowledge I can gain from it. Silicon Valley, is one of the most interesting TV shows I’ve seen in a long while. […] 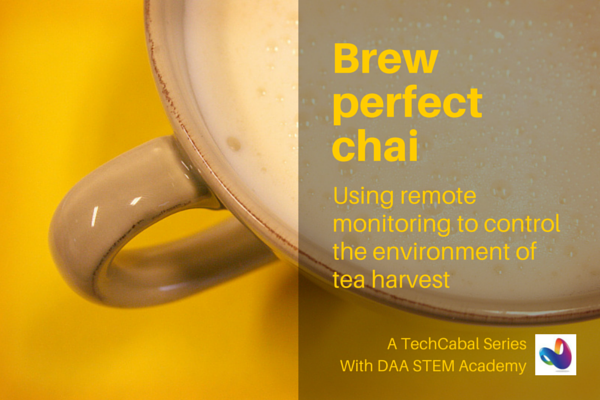 Our hack was developed to remotely monitor the temperature and humidity in a tea storage warehouse. 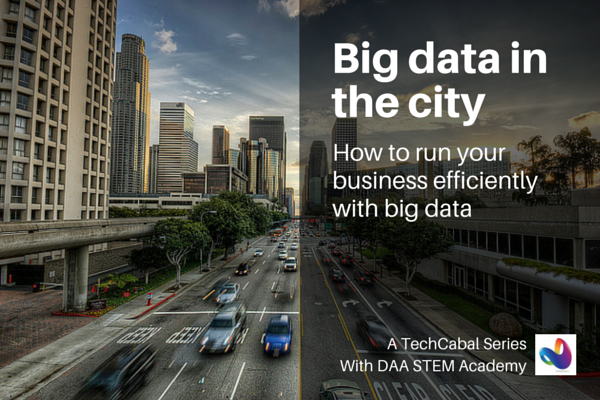 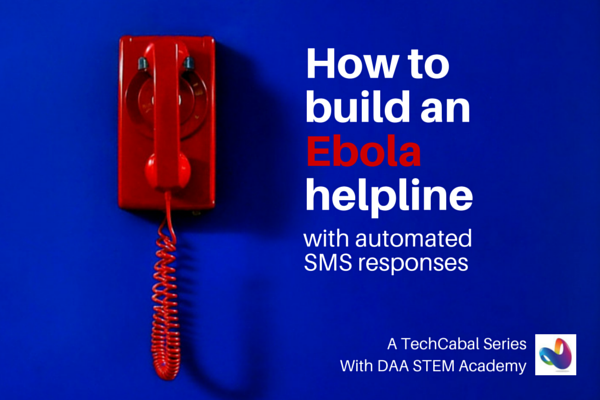 Our hack, which we developed overnight during the Ebola epidemic teaches you how to build an automated SMS service that responds to various queries.