This is lesson #3 in our “Startup Buffettology” series.

Readers will observe that we’ve illustrated this rule with only one quote from Buffett. But it’s a deeeeeep quote…

To understand the rule properly as an entrepreneur, you first need to understand it from an investment perspective. For the investor, one of the implications of Buffett’s quote is that downside protection is more important than upside maximisation.

We will use the investor mindset to explain the rule using a somewhat contrived example:

– If the optimistic scenario is achieved, give me only $25. That is, you (the investee) can make even more (i.e. the $25 that I am sacrificing) than whatever you were going to make. Good news for you! BUT –

– I want a guarantee that if we end up in the pessimistic scenario you will give me $90. Whatever happens, my losses are capped at $10.

The more mathematically interesting part of the story comes when you consider the following: in the normal pessimistic scenario where you end up with $50 you would need another investment that can make a 100% return on investment just to arrive back at your starting point ($100), and to hit your original target of $150 you would now need to find a super investment that can net you a 200% ROI. That $100 is now a distant memory…

The bottom line is that you need to allow the power of compounding to work for you, and it doesn’t when you don’t have downside protection.

Thinking in this way, this Rule reads something like “Never lose time or energy…”, and this turns out to be precisely what Eric Ries and the Lean Startup movement are saying. Or as Ash Maurya puts it in Running Lean: “Life is too short to build something that nobody wants”.

“Downside protection” for the entrepreneur has many elements, and they all boil down to managing uncertainty. Therefore a second and totally different way of expressing this rule from an entrepreneur’s perspective is “Don’t front load”. How front loading is addressed is one of those things at the heart of the difference between the entrepreneurial method and the “traditional MBA” method. In the corporate world, front loading is generally a good thing — in project management (FEL, PPP), software development (waterfall methodology), and many other areas. It works when uncertainty is relatively low. For the entrepreneur, it is almost always to be avoided…think Lean, Agile, etc.

From one’s own experience, here are a few areas where front loading often causes huge time/energy wastage for entrepreneurs:

By the way, the fact that you have found a surefire winner after following a Lean approach doesn’t necessarily make it your best opportunity; i.e. the best possible use of your time and energy. If you have fallen afoul of either Rule #1 or Rule #2 you run the risk of getting seduced by suboptimal local maxima, and missing the forest for the trees. 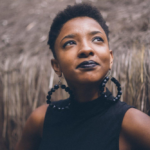