Why You Should Have Made Money In The Telco Boom 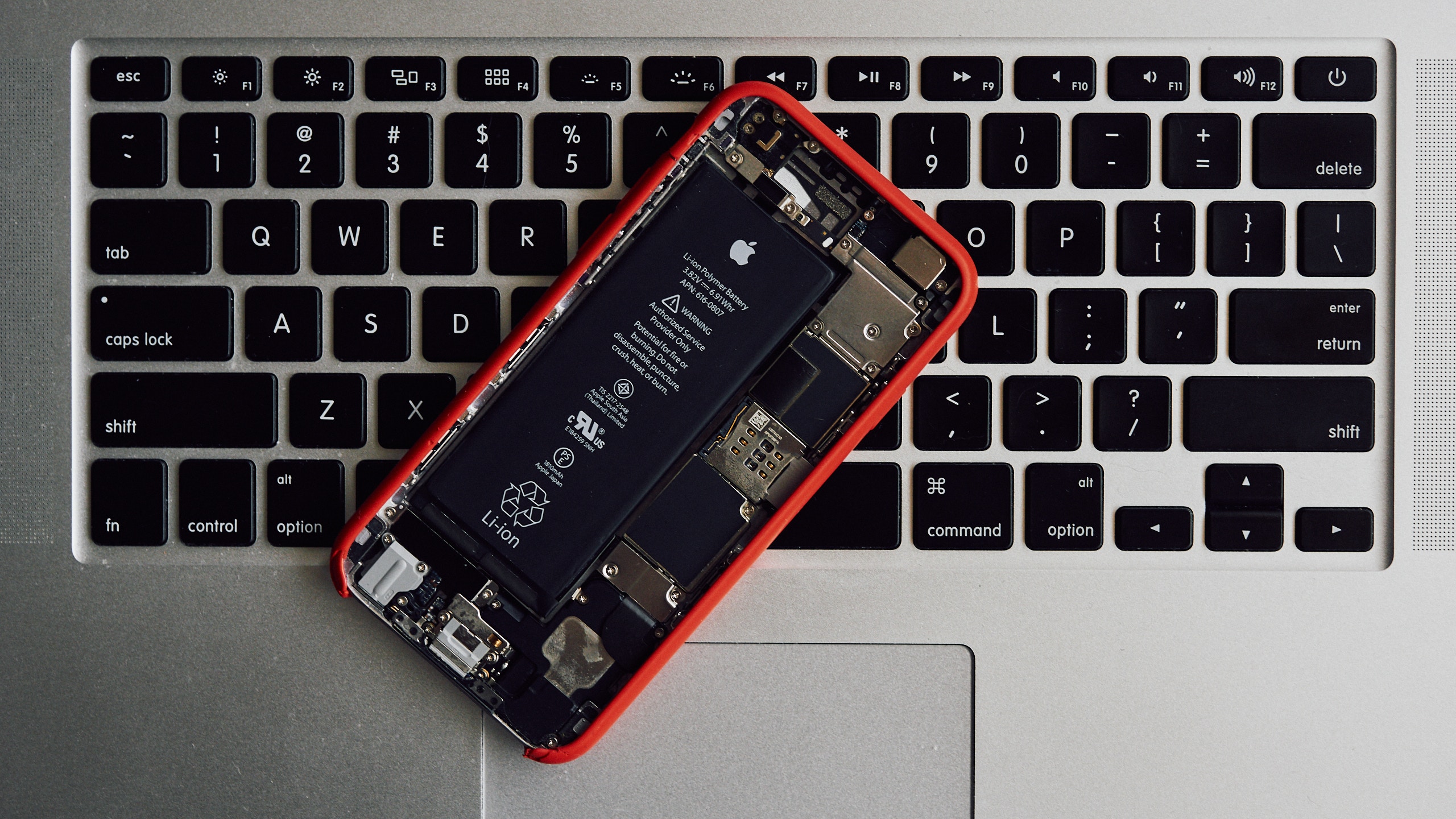 Photo by mnm.all on Unsplash

“The number of components per chip doubles every 18 months” — Gordon Moore.

“When you have the microprocessor doubling in power every two years, in a sense you can think of computer power as almost free. So you ask, Why be in the business of making something that’s almost free? What is the scarce resource? What is it that limits being able to get value out of that infinite computing power? Software” — Bill Gates.

“Moore’s Law ended over a decade ago. Consumers just didn’t get the memo” — Steve Blank.

The immediate implication of Moore’s Law is that computing power doubles every 18 months or so at any given price point. Its further implications have to do with exponential thinking, the rate of change of associated industries, and how a good technologist predicts industry structure and opportunities.

Moore’s Law is the most well-known of the commonly recognized “Tech Laws”. There is some controversy over the current validity of Moore’s Law and we’ll get to that later in this article.

An Example: Mobile Phone Penetration & The Success of the Nigerian Telecoms Industry

Observations like Moore’s Law are important because they influence many things an entrepreneur or digital strategist should be thinking about, irrespective of industry, and it allows a planner to make certain predictions with certainty. Let’s consider a randomly-selected example:

The telecoms industry is driven in large part by Moore’s Law and another set of laws relating to bandwidth (which we shall return to in a later installment).

At the start of what became Nigeria’s GSM revolution, a phone+SIM card combination cost about N60,000 (Sixty Thousand Nigerian Naira; about $600 at the time) on average. Since the sort of phones we bought then are now almost extinct we will ignore them and focus on smartphones. If you were an early smartphone adopter (e.g. Sony Ericsson P800, Nokia Communicator 9210…remember those?) you would have invested about N200,000 to get started.

Now, we must factor in inflation. If we apply an average 15% annual inflation rate the 2002 smartphone user was spending N1.9m in 2018 Naira. That may sound like an overinflated number, until you recall that at the time it was possible to buy “Nigerian-used” cars for N200,000…and now N1.9m is a common price in today’s secondhand car market (!).

The cheapest available smartphones in Nigeria today cost about N17,000 and (compared with our N7,400 projection) we should expect them to be 2x – 3x as powerful as the 2002 models mentioned above. In fact that they are several times more powerful (e.g. the P800 had 16MB of internal memory, while a low-end Tecno phone today has 4GB-8GB internal memory).

So: back in 2002, it was possible to state with certainty that mobile phones would very soon cost a fraction of the then-prevailing price, and would therefore be widely affordable. And that meant there was a lot of money to be made in telecoms.

I recall many conversations with “industry experts” about how MTN and Econet had overpaid for their GSM licenses, and how the “average Nigerian” would never be able to afford a phone. A knowledge of Moore’s Law would have enabled many entrepreneurs and decision makers to think more clearly about the matter.

In the same way we can project forward. There are still people out there that believe that the “average Nigerian in the village” will never have a smartphone. Moore’s Law applied to our N17,000 smartphones tells us that by 2023 the equivalent power will be available for N3,000 in 2018 currency. Have you factored this into your digital strategy and the design of your products, services, and marketing channels?

Intel (Andy Grove), Microsoft (Bill Gates), and Apple (Steve Jobs) are the three best-known examples of companies who successfully built their business models on this insight.

A distinction needs to be made between Moore’s Law and the implications of Moore’s Law.

When Gordon Moore (a co-founder of Intel) proposed this principle, the main mechanism by which the power of computing devices increased was by increasing the density of components on each chip. For a long time now (since c. 2002) it has been very difficult to increase component density because we are beginning to reach atomic size limitations. As a result, chip manufacturers have found alternative techniques to maintain Moore’s Law momentum.

The output of Moore’s Law is that hardware becomes 2x as “powerful” every 18–24 months or so. For a long time, doubling the number of components on the chip was how this was achieved. This component doubling became exceedingly difficult around 2002.

But that didn’t stop the output (within limits). Intel and other chip manufacturers began to find other ways (e.g. parallel computing) to deliver the productivity gains that the industry had become addicted to. So, from our perspective as digital strategists or users of technology, Moore’s Law basically continues.

So, strictly speaking it is no longer true that the number of components per chip doubles every 18-24 months. But that doesn’t matter, because increased power to users is still being delivered consistently through other means.

Here are a few quick thoughts on various areas where Moore’s Law will have significant impact:

We have established above that soon, “everybody in the village” in emerging markets will have a smartphone. As Steve Jobs recognized, hardware coupled with imagination can produce memorable user experiences that lead to true customer loyalty. In many emerging markets, there appears to be a large gap between how software is currently designed and what would be considered “easy to use” by the mass market. Just one example: relatively few apps are available in indigenous languages. This and several other areas that one can mention present huge areas for brand differentiation.

Many organizations are now developing apps. In my interaction with clients the requirement that the app be “fast and efficient” is often high on the list. A true digital strategist thinks about this a bit differently. Moore’s Law tells us that adding useful features is more important than improving performance. Why? Because the hardware will (eventually) deliver the performance improvements you and your users need — the key thing is to have hooked the users with features they can’t do without so they are willing to wait for that performance improvement. So focus on time to market and feature enrichment and let the gods of hardware supply high performance. Incidentally Microsoft is one company that is known to have always followed this model.

The Emergence of Nigerian Hardware companies and “Internet of Things” models

The definition of “consumer” technology in an emerging market is not the same as for a more advanced economy. In emerging economies like Nigeria, device categories like “generators” and “water pumps” are very familiar to the average consumer, whereas in more advanced economies these are niche or business products. Ever-cheaper processing power makes it feasible and economically possible for local digital strategists and entrepreneurs to add interesting features to many of these devices. For example one can envisage an insurance company partnering with a hardware entrepreneur to sell home insurance and device insurance linked with a mobile app that can control the generator and other devices remotely, while collecting usage data that can be repackaged, resold, and used for future product design. Such business models will be primarily biased towards data and software, with the hardware supplied basically at cost (or as a loss leader).

Getting a step ahead of the competition (for software developers)

Although I mentioned above that “features trump efficiency”, the efforts of the hardware industry to maintain the pace of improvement demanded by Moore’s Law does provide interesting opportunities for software developers who are sufficiently technical to improve the performance of their products relative to their competitors. As alluded to above, chip manufacturers are now calling on a diverse range of techniques to maintain Moore’s Law type productivity improvements. Many of these changes require software developers to make changes to how they develop software, and in this lies an opportunity for software makers who are ready to be early adopters of new processor architectures. At a global level companies like Pixar gained competitive advantages against other movie production studios when they were able to modify their software to suit Intel’s then-new parallel processing architecture before the others followed. Nothing, except technical capacity, stops local software developers doing the same with the new optimisation features provided by newer generations of CPUs.

Moore’s Law remains a key factor in the progress of technology — both hardware and software. And if you are confronted by a sceptic, always remember: the number of people predicting the death of Moore’s law doubles every two years.

This article is part of a series exploring a small number of remarkably durable technology-related observations.