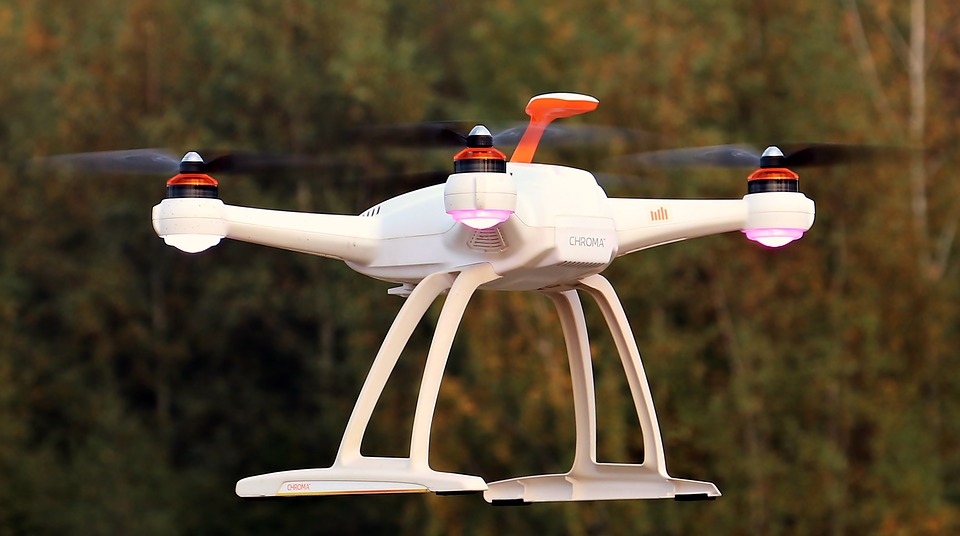 Drones, those aerial vehicles that require no human pilots, originally used for military purposes, have gone from being popular for taking aerial images to now delivering life saving medical supplies. Today, it is finding application in different parts of Africa especially in rural areas where it’s tough to move around. Although a good number of African nations are wary of drones usually citing security threats, there’s increasing evidence that where they are welcome, they can be an important tool to leapfrog several challenges. This is probably why organizations like UNICEF are supporting and funding drone startups. While drones can be used in several sectors, we take a look at the different sectors in Africa where it is being used. 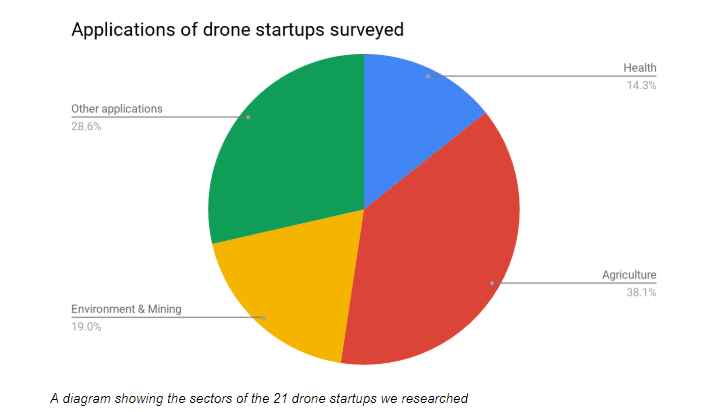 In what is now one of Africa’s most famous drone story, Zipline is a drone startup using the devices to deliver blood and vaccines mostly in East Africa. Given that internet connectivity in rural areas can be a headache, medical personnel can send a text to order blood in Rwanda. The unique thing about using drones is it takes just 30 minutes while alternatives like road will take several hours. While Zipline first launched the program in Rwanda, Tanzania took notice and worked with Zipline to launch a more extensive program with 100 drones capable of making 2,000 daily flights catering to about 10 million people.

In a similar manner, Matternet a drone tech startup, has worked with UNICEF to conduct experimental HIV tests in Malawi. The drones pick up blood samples cutting down the time it takes to conduct the tests. The alternative is using motorbikes which can take about 2 months to send the samples and receive test results. In another project in Malawi, UNICEF has launched a drone testing corridor that allows it experiment with the humanitarian applications of drones. The project is already making it possible to conduct research into Malaria breeding sites in the Kasungu district of Malawi. In Nigeria, recently funded Arone is prototyping drones to possibly use in the health sector.

Ivorien agritech startup, Investiv Group, is using drones to help farmers conduct pre-farming studies on their land and harvest forecasting with the aim of increasing production. Another startup WeFly Agri enables farmers remotely monitor and manage their farm operations. Joseph-Olivier Biley founded the startup after visiting his father’s farm and realizing that employees were fraudulently building their own farms on it.

In 2015, Maisam Pyarali and five of his peers, built a drone from scratch to help Tanzanian farmers monitor their crops. Instead of walking or driving around a large farmland to check on their crops, a drone helps them do it in minutes. In South Africa, Aerobotics, ALTI, FarmPin and Aerial Monitoring Solutions are also helping farmers with data collection. There’s also AeroShutter doing something similar in Ghana. In Rwanda, Parrot-Airinov worked with the CTA to support a project aimed at “calibrating of the diagnostic model for nitrogen fertilization on wheat.”

To tackle desertification Sudan’s Massive Dynamics developed a drone that can plant trees (all by itself). The drone is being used to plant Acacia trees from the sky, the tree’s roots are known to stop the movement of sand. South Africa’s Rocketmine is being used in the mining industry for data collection and there’s also Drone Africa building drones in Cameroon which could be used to detect gas in mines in order to reduce accidents. Ranmarine Technology helps collect waste and chemical substances from canals and ports.

Drones are also being used for discovering archaeological sites,warehousing, media and other sectors. In Nigeria, the Nigerian Natural History Museum is using drones to take pictures of archaeological sites in Ile-Ife and Ilara in the Southwestern region of the country. The drones make it easy to detect city walls and view the topography of an area making it easier to know where to probe further. There’s also Autonomous Systems Research a UNICEF funded open source project that helps generate data through remote sensing. People can leverage the project to research data points like the existence of a human population in remote locations. In South Africa, Drone Scan is using drones to take inventory in warehouses while Ghana’s Aeroshutter, asides its Agric application, is being used by media practitioners to capture images and put together videos. Redline and Flying Donkey were reported to be working on courier delivery application of drones, it doesn’t appear like there’s sufficient progress in the area. In the area of drone training, UAV industries and United Drone Holdings are taking care of it.

Clearly the most popular application of drone tech is in the agriculture sector which is dominated by local players. The most impactful applications are in health from a humanitarian standpoint with the majority of this taking place in East Africa which appears most welcoming to the technology. Asides the stiff regulations by many African nations other obvious challenges limiting drone application is the cost of building, operating  and maintaining the drones which then affects the cost of purchasing one. Take the example of the Nigerian Natural History Museum, the drones they used were lent to them by US counterparts and were taken off them leaving them to seek funds to get new ones. There’s also the other side of training farmers and health workers for example to use them. There’s still a massive opportunity for the application of drones in many other sectors, there’s the hope Africa will see more drone innovation as cost drops and more funding goes into the industry.