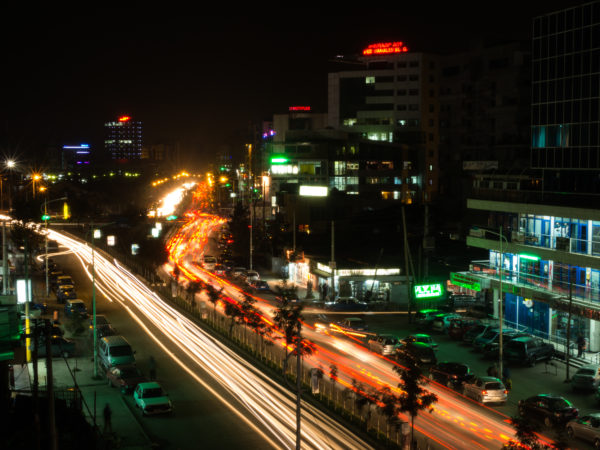 While Nati Gossaye was learning French with the different language apps he found, he noticed it was quite tough to learn on those platforms. So when Facebook launched its Messenger Bot Challenge for Middle East and Africa, he decided to build a gamified chatbot that teaches French. His startup LangBot won the challenge with a prize money of $20,000 out of 1,000 entries submitted. So far, it has partnered with Ethiopia’s major French school; Alliance Ethio-Francaise to test its chatbot with its students. It also won the Ethiopian leg of the 2017 Seedstars competition. Nati Gossaye is one of a number of innovators who are building the future of education in Ethiopia, a country that was ranked one of the world’s worst education systems.

The population in the horn of Africa is estimated to be about 107.6 million, it is second only to Nigeria. About half of the population are between ages 15 – 54 years. Although internet penetration in Ethiopia is about 15%, internet grew at 164,278% in the past seven years.

Ethiopia’s government is also serious about investing in Education. It almost doubled its budgetary allocation to the sector between 2000 – 2013 from 15% to 27%. The country has one of the highest student enrollment rates in Africa. The number of students enrolled grew from 3 million to more than 18 million within 1996 – 2015. Literacy also grew at 35% between 2010 and 2011. Some startups are working hard to increase this number especially in rural areas. An example is Scientific Revolution Earth, a company that has put together a portable solar-powered wifi device called Siree. The device contains learning materials including over 7,000 videos and offline content like Encyclopedias.The startup was the winner of  the 2016 global World Summit Award in Education.

One of the challenges is a lack of quality teachers. The worst performing students are admitted into the country’s Teachers’ Training Colleges and many lack the motivation for the job. Enter Accelerated, a startup that trains teachers in Ethiopia. The startup was admitted into the inaugural cohort of Injini. Injini is one of Africa’s foremost edtech accelerator based in South Africa.

Another issue is that students appear not to be performing well in assessment exercises. Young Lives, a UK charity, found that the high enrollment numbers have not resulted in improvement in learning levels. Its research appeared to link the reason for this to the education level of a student’s caregiver. Tutor marketplace startup Mak-Addis Tutors is tackling this problem head-on. It is connecting students with tutors so they can get the extra support they need to excel. This also presents tutors an opportunity to make extra income thereby dealing with the motivation challenge that exists. There’s also Fidel, a project by Ahadootec, a fun collaborative learning platform for secondary school students.

Quality of education and service delivery at the higher institution level has also been a challenge but significant progress has been made. With complementary effort from startups like eLearnAfrica, more Ethiopians will access quality globally recognized courses and programs. It has partnered with edX and FutureLearn to provide its learning content.

Ethiopian education innovators have only just taken off but they are already painting a picture of what the future will look like. Success will largely depend on two category of factors. The first being a focus on leveraging the portability of mobile devices to deliver educational content to those with little or no access to the internet. The opportunity exists because there are already more than 64 million mobile subscription customers on the country’s largest telecoms network. The second category of success factors is the the survival of technology hubs & incubators (like Ice Addis and Bluemoon) and increased support from the government. The take-off of the Etho ICT village will definitely be a major boost. Although there’s still a long way to go in building an enviable education system in Ethiopia, its tech entrepreneurs have already begun laying the necessary foundation.