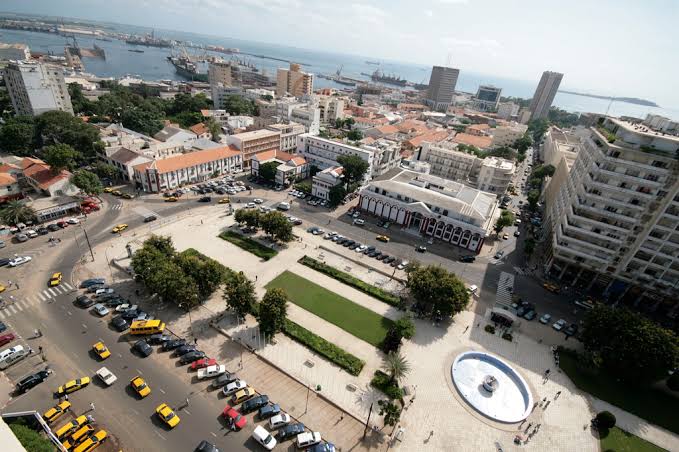 In 2016, after a data revision, Senegal’s GDP was estimated to be $19.6 billion. The economy grew at 6.2% in 2016 and is estimated by the IMF to grow at 7% until 2022. Although the growth is largely fueled by the agriculture sector, the country relies heavily on remittances which is one of the pillars powering the growth of its fintech industry. In 2017, WorldRemit struck a partnership with Wari, a Senegalese fintech company, to make it easy for diaspora citizens to send money home. There are about half a million Senegalese in diaspora and in 2015, the country received about $1.6 billion in remittances. This represented about 5% of the country’s 2015 GDP figures. A 2013 McKinsey Study reported that internet-based businesses represented 3.3% of Senegal’s GDP.

With the economy projected to continue to grow within the next two years, there’s an opportunity for the fintech industry to also expand. About 9.6 million Senegalese now have access to the internet representing 62.9% of the population. Although ICT currently represents 2% of the economy, the government through its Senegal Digital Strategy plan wants to bring it to 10%. Government support for the ICT sector will be instrumental in helping fintech startups thrive. Senegalese are also embracing digital financial services thereby presenting an opportunity for growth in the sector. In 2014, about 11% Senegalese residents (aged 15+) received or made digital payments with 6.78% of the population (aged 15+) making payments through their mobile phones. Smartphone penetration in Senegal was 19% as at 2016. The trend is expected to continue to grow.

Investors are taking note of Senegal’s startup ecosystem which is good news for existing and aspiring fintech startup founders. Offgrid solar startup Oolu has already raised more than $3.2 million funding between 2017 – 2018. This year it raised an undisclosed amount from GAIA Impact Fund. Classifieds platform, CoinAfrique also raised a $3.5 million growth funding earlier this year. As if to further give credence to the ecosystem, investment firm Partech Ventures opened its Africa office in Dakar. It also announced a $122 million fund for African startups.

MaTontine is a mobile-driven peer-to-peer savings platform with an in-built credit-scoring system. Users can use the credit score to access loans and other financial services in Senegal. Within one year of launching, the startup had 475 active users, gave out loans worth $12,000 with a 0% default rate. There’s also PayDunya a payment solutions startup that allows individuals and businesses collect and make payments with or without a bank account.The startup bills merchants a 4% charge for every 18 cents (100 FCFA) payment they receive. PayDunya onboarded about 30 merchants in Senegal within two years of launching processing an average of $60,000 monthly.

In 2014, when Omar Cisse learnt about Africa’s poor financial inclusion numbers, he decided to set-up InTouch, a fintech startup that offers merchants and consumers a variety of payment options. In its first year of existence it had turnover of more than $1.2 million. By 2017, it hit transaction volume of $17.6 million per month with 30,000 transactions per day. There’s also SudPay, a fintech company which offers products that include digital ticketing and tax collection solutions. On the other hand, VoLo provides a credit information platform for financial institutions through its VTIP Finance product. It received a $284,500 grant from the AfDB to ultimately make it easier for entrepreneurs to access loans. There’s also LemonWay (mobile money service provider), Weebi (POS solutions for SMEs) and Sentool a money transfer platform by BB Invest.

African-American rapper, Akon is planning to build a Crypto City which will trade exclusively with its own digital currency called Akoin. Akon believes it provides an opportunity for Africans to advance independent of their governments. This is similar to the digital currency project that was planned for a 2017 launch in Senegal by the regional bank Banque Régionale de Marché and eCurrency Mint.

One of the challenges that fintech startups face in Senegal include regulation. Stakeholders consider the regulatory framework slightly difficult to understand and also have to deal with different players. There is also the issue of funding for fintech startups and the difficulty in building partnerships with the major players.

Having said that, fintech in Senegal will grow as more VCs like Omar Cisse’s Teranga Capital emerge to fund startups. Furthermore, increase in mobile and internet penetration will enable more people access digital financial services. With initiatives like the UNCDF’s MM4P program working to help fintech startups overcome the challenges they face, the industry will connect more Senegalese residents to the digital economy. 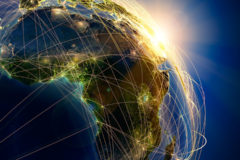 The Worldwide Broadband Speed League Report 2018 has all the numbers and we went through it to distill an Africa-focused list.