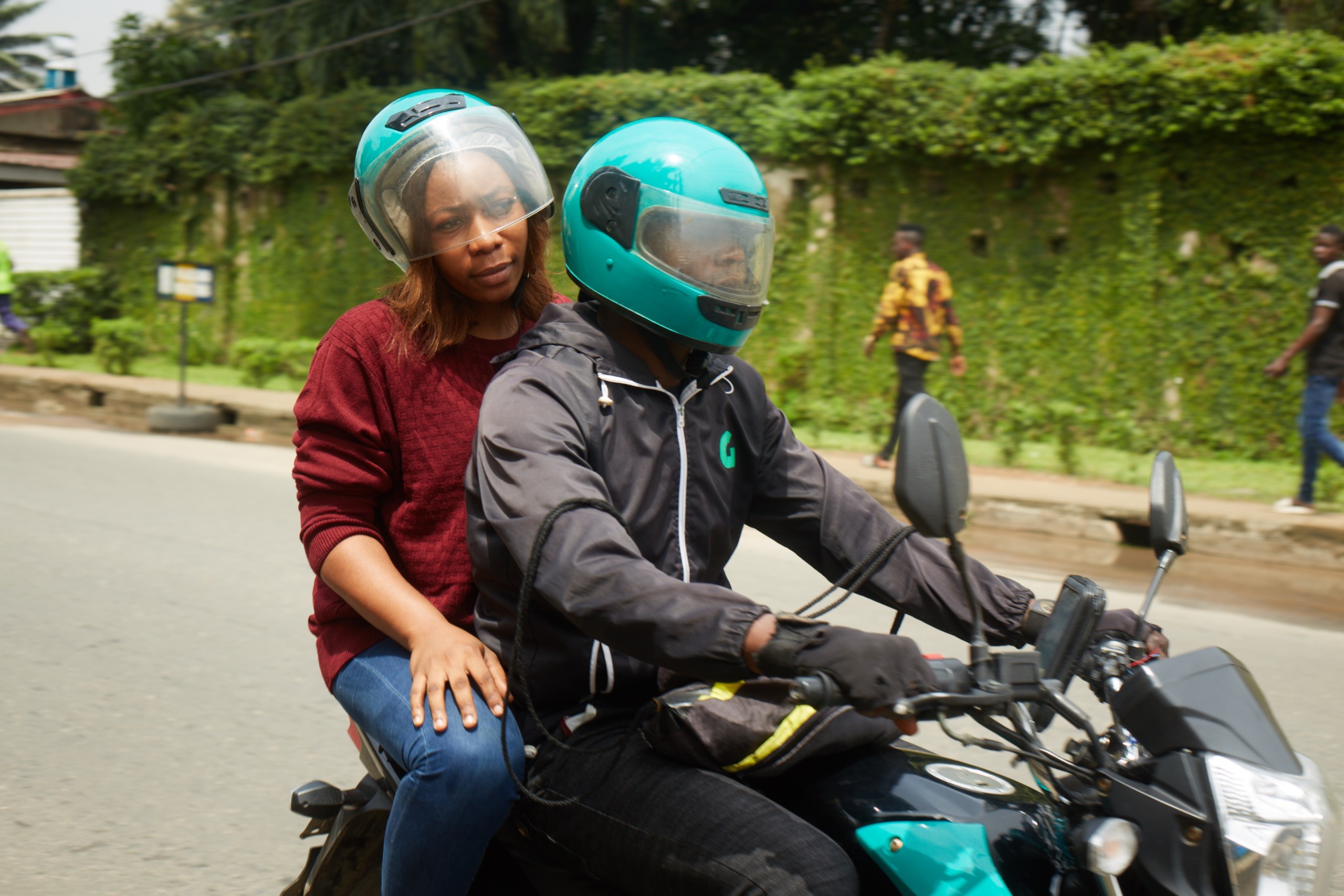 Over the past few weeks, various people have asked me about Max Go and Gokada – two ‘okada-on-demand’ startups operating in select parts of Lagos at the moment. Even in Lagos’ danfos there seems to be a mixture of curiosity and a hint of skepticism in the way people talk about these platforms whenever one of their 200cc bikes whizzes past.

It got me thinking about the business and how it could apply to Nigeria’s extensive transportation and mobility challenges. I wrote about why the ‘okada-on-demand’ model has the best chance of disrupting transportation in Nigeria here.

That said, I had to test out the service myself and I opted for the new kid on the block, Gokada. My work madness partner Pepo dropped me off at Jibowu and I opened up the app to request a ride home to Surulere.

I must say that this was not first attempt trying to use Gokada. A few weeks ago, Big Cabal’s Minister of Enjoyment, Toketemu and I had just finished an unsuccessful attempt to register for our PVCs at the INEC office in Small London, Surulere. We wanted to go to the Adeniran Ogunsanya Mall to get something to eat and we decided to try out Gokada. What happened next was a very long wait before a driver was found and when the person called, he said he was at UNILAG gate. Welp. We just told him not to worry.

Fast forward to my second attempt this week and it was pretty much the same – except I was at Jibowu so I was closer to Gokada’s coverage area (more on this later). I fired up the app and after a long ass wait beside the road, a driver called me. I directed him to my location and when he arrived he gave me a hairnet and one of their turquoise helmets which he had been carrying in a backpack slung around to the front of his body. I put on both items and we got on with the trip. It took all of 15 minutes to get to my house (off Cole street, off Ogunlana drive in Surulere) from the Jibowu end of Herbert Macaulay road, Yaba.

When we arrived at the destination, the driver, John (not his real name), pointed at the large ₦350 showing on his smartphone. I returned the helmet, paid in cash and that was it. John was courteous and everything was straightforward. Decent experience.

The only things I didn’t like was the fact that I couldn’t use my earphones with the helmet for obvious reasons (which means I had to listen to all the road noises and angry conductor chatter) and the Gokada app itself. Oh, lord the app.

Notice I didn’t say the app found a driver earlier. On my iPhone the Gokada app never found a driver but a nearby driver got a request from me. From start to finish, the app kept telling me it was searching for a driver. I suspect the Gokada app still needs a lot of debugging and fixes to deliver a similar experience to an on-demand ride-hailing app like Uber, for example.

Also, Gokada only takes cash payments unlike competitor Max Go which accepted only card payments when they started out. I guess it makes sense either way since these trips are typically short-distance trips (Gokada drivers will not go past certain distances). That said, I think payment choice will be a good addition to Gokada’s platform.

Also, I probably won’t want to take Gokada for a long distance trip like Lekki Phase One to Palmgrove, for example – you’ll definitely be dirtier than when you started the trip.

Other stuff you may want to know

Of course, I couldn’t shackle the journalist in me so I got talking with my Gokada driver John. He used to work as a contract dispatch rider for MTN Nigeria until one day when the company told them they should all go home and expect a call – which never came. He was earning ₦120,000 at the MTN job (he seemed to think this was only because it was MTN, a big multinational).

John told me that at Gokada he was originally being paid about ₦80,000 monthly. However, he’s now being paid between ₦50,000 – ₦60,000 aggregated over the amount of rides he completes and the value of those rides (he tried to explain the unit economics of rides completed vs how Gokada pays him but he couldn’t in a way I could understand). He also said Gokada was not really focused on making money just yet (take this with a pinch of salt because he didn’t say what they are focused on).

Gokada trips are fast. There may not be a faster way to get around (especially in a place like Lagos) outside of regular okadas (and Max Go, of course). Also, it’s relatively affordable and safety conscious which is always a good thing. Their drivers seem to be very conversant with roads/shortcuts and they always call you first when your requests go through to them. Gokada also offers a rent-to-own option for its drivers (John told me his was 14 months).

The app is super buggy (at least on my iPhone 6 Plus with the latest version of iOS) and wait times for ride requests are just too long. Also, the open nature of motorcycles means you are exposed to the elements, debris from vehicles in front of you and so on. You cannot pay with your bank card and if you are the type that enjoys any kind of audio stimulation during your commute, it won’t work with the helmet.

All told, it’s still early days for Gokada (it’s only six months old) and there is more than enough runway for it to improve on its services. Not like it’s a bad service but it can definitely be better. If Gokada (and Max Go) can perfect their model, I totally see myself using okada-on-demand all the time. Maybe in another six months we’ll check back in. Fingers crossed.