Yele Bademosi had introduced me to John, making sure to let me know that Wallet.ng is a startup to watch before leaving us to chat. Before that my only other interaction with Wallet.ng was from paying an online vendor for a T-shirt back in 2016 – the same year Wallet launched. I’d downloaded the app after that (call it professional curiosity) but I stopped using it for some reason I can no longer remember. I still get emails from “Sandra” and “Josh” but I rarely open them.

Fast forward to about a month ago, Fuad does a completely unrelated intro between John and I and here we are. Wallet.ng is a digital wallet/payments product that allows users make payments, transfer funds, pay bills and withdraw from ATMs – all using their phone number. The Wallet.ng app is available for both Android and iOS.

According to John, the idea to name the product they were building “Wallet” came from the many wallet-type solutions he created for previous employers (He’s worked at Wema Bank and Surebids). In his words: “The name came out of the number of times I had to create a wallet solution for my previous employers, most products we had had a wallet then and luckily the domain name was available.” 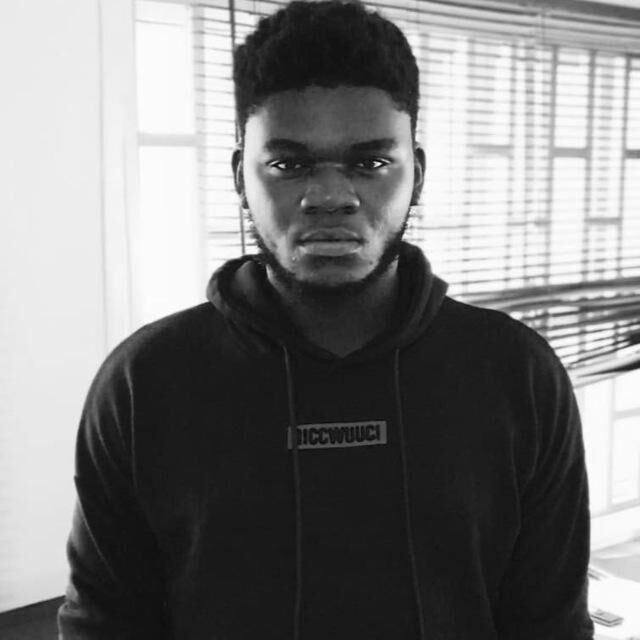 John had originally started the company with two of his friends whom he speaks well of. “I started out with two friends, who are both very good people, we later noticed a skill and commitment gap on the other guys and they both exited the company amicably, Joey later joined the company as a co-founder,” he said. “Joey” here is COO and co-founder Joseph Benson-Aruna (who has worked at Jobberman, VConnect, Interswitch, and McKinsey Digital Labs).

“But what inspired you to start a whole company?,” I ask. “Money plays a huge part in our daily lives. We trust banks to help us keep our money secure until we are ready to spend it. Banks have done a good job of providing this basic requirement, but have not innovated significantly beyond this in providing improved and better financial products and services that we want,” said John. “Personal finance for a lot of millennials is hard. Traditional banks do not provide services beyond deposits and transfers, some of these include access to credit, forex, investments, budgeting and the like. There have been FinTech startups, who have introduced solutions to some of these problems and for their products to be truly effective, they will need to be built on top of existing banking applications.”

The problem Wallet is solving

Wallet’s services aren’t exactly new. Existing digital banking solutions allow people pay bills and transfer money as well. What is missing however is a better experience (Wallet is big on the experience) and access to other services that may not be available in Nigeria. The Nigerian millennial is not only plugged into the offline anymore – they are plugged into the global economy.

They want to pay for Apple Music, Coursera courses, gadgets on Aliexpress and book hotels online. That is where Wallet comes in. Co-founder Joseph Benson-Aruna puts it this way: “Digital banking services are not new in Nigeria but the experience is broken. Banks charge high and unnecessary fees making bank accounts quite expensive to maintain for most customers. When customers have issues transacting e.g. a failed bank transfer, dispute resolution takes ages and customer experience becomes frustrating … She is trying to pay for a course on Udacity, order a new computer on Amazon, pay for a Netflix subscription or book an apartment on AirBnb, faces the high chance of her bank card not working on these platforms.”

“Simply put, Wallet exists to improve the quality of your life, through payment instruments that connects you globally, saving you costs when you make local transactions, responding to you immediately you need us,” he added.

How is Wallet doing?

The startup primarily targets students, entrepreneurs, young professionals and expats and it has been able to land 5,000 users so far (it had 430 users as at September 2017). Last month, the startup processed ₦234 million across just 17,000 transactions and it has been doing an average of 78% month-on-month growth in transaction volume and value since January 2018.

According to John (at the time of working on this profile), the startup – which makes money through commissions and transaction fees – has raised funding (he didn’t say how much and from who) but the cat is now out of the bag. This morning Yele Bademosi announced Microtraction’s investment in Wallet (amount undisclosed but Microtraction typically invests $50K in startups they fund).

In the short term, John says Wallet.ng hopes to be able to “rethink personal banking in Nigeria”and Yele Bademosi seems to think they can do this too. This is what he said about Wallet in his funding announcement: “We knew that there was an opportunity to build a product that will replace what we traditionally use our banking apps and cards for. We also knew that they could build an alternative that was truly centred around the customers’ spending experience with the potential to become a financial network and platform.”

For long term plans, John says Wallet.ng will be looking to “facilitate cross-border payments for people using decentralized systems”, signifying a potential blockchain play at some point. We’ll see how that works out but till then, there are definitely interesting times ahead for this startup.