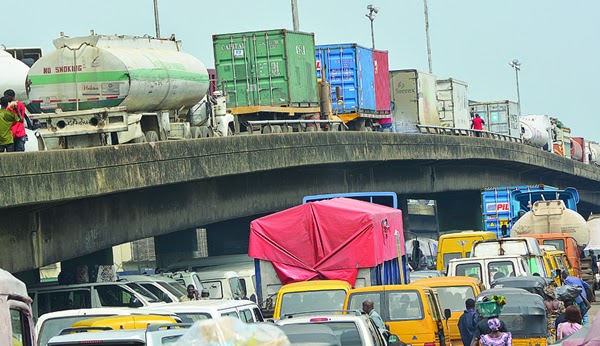 This story originally started out as an attempt to identify the government policies in place in Nigeria that help local, homegrown transport and logistics startups better leverage technology to deliver value to consumers. What I came to realise from hours of Google searches, motor park and conductor interviews, LASTMA/FRSC and Ministry of Transport (MoT) conversations and Uber/Taxify/Gokada interviews is that Nigerian transport and logistics startups are all operating on some level of “free for all”.

For starters, transportation and logistic operations in Nigeria are almost completely dominated by the private sector. Of course the same could be said for the telecommunications sector but we all know what regulation looks like in that space. The NCC and its affiliate bodies have a record (confounding decisions and all) of regulation and policies that have made the telecoms sector what it is at this time. Conversely, there is very little, if any, impactful regulation in the road transportation segment.

The last wholistic transport-focused policy put forward by the Nigerian government, through the Federal Ministry of Works, was the grossly inadequate National Transport Policy (NTP) of 2010 which put forward backward, shallow measures to mitigate decades-old socio-economic incompetencies on the part of the Nigerian government. That document is so disappointing, it breaks my heart to see the Nigerian coat of arms on such a lazy document (I won’t say anything about the endless typos). The NTP’s shallowness and lack of foresight aside, the policy has not been enacted nor have any its recommendations seen the light of day (except an increase in user charges).

It would be unfair to not mention some of the fragmented changes that have somewhat helped the proliferation of tech-enabled transportation and logistic services. These changes aren’t necessarily game changing or anything like that but they have some kind of macroeconomic ripple effect on the segment. For example, there have been significant changes to the driver license and vehicle registration processes that have made it easier (albeit slightly more expensive) to get these documents thus enabling more people to enter into partnerships with ride-hailing and logistics startups (Uber’s driver partners, for example).

Another interesting change has been an individual focus of government agencies and parastatals on specific aspects of the transportation value chain. A good example is taking officers of the Vehicle Inspection Office (VIO) and Federal Road Safety Corps (FRSC) off major roads to focus on specialized roles. This, in theory, helps decrease traffic congestion, reduce harassment from authority figures and declutters the authority spectrum for road users.

Unfortunately, like most things in Nigeria, these policies have been terribly implemented. A friend who told me about her recent car registration experience shared tales of gross corruption and incompetence – similar to those told to me by an executive member of the Road Transport Employers Association of Nigeria (RTEAN), Surulere branch, in his organization’s dealings with the Ministry of Transport. “Na only money dem sabi, bros. Anything at all wey we won do for park na money. Sometimes sef, we dey settle police join.” he said.

The private sector organization/bodies that control much of the Nigerian road transport segment often make their own rules as they go along, according to a few motor park “Chairmen” I spoke to while working on this story. Now, while tech-enabled transport startups don’t typically operate directly on the same traditional infrastructure (motor parks, bus stops, physical vehicles etc), there are sometimes points of contact, one entrepreneur mentioned during a private conversation. In other words, where there is no conflict with these organizations/bodies, tech-enabled road transport startups have very little regulatory oversight, especially from a safety and consumer satisfaction standpoint.

On their part, the regulatory agencies just work with whatever mandate they are given – and they don’t receive a lot of clear-cut mandates. “Sometimes, we may have a monthly target as high as N60 million and we have to meet up so officers invent rules and regulations on the road to meet up with KPIs,” one Lagos State Traffic Management Agency (LASTMA) official told me under the condition of anonymity. When I asked what determines the KPIs they are given, he said he had no idea and orders just come from above. An MoT source echoed this too, telling me that policies are often a prerogative of the serving minister of transport and, due to the many agencies and parastatals under the ministry’s purview, ministry’s officials just can’t do anything about the situation. Another source also identified Nigeria’s endless bureaucratic bottlenecks as another reason why innovative road transport policies are lacking.

This story is not advocating for tighter regulation of startups but rather opining that forward-facing policies that encourage innovation and constant, active engagement with players in the segment are necessary to catalyse the growth of tech-enabled Nigerian road transport startups. An MoT source told me the current government is focusing on capital infrastructure projects in other segment of the transportation sector even though 80% of its transportation activity happens on roads.

By 2050, the UN predicts another 2.5 billion people will be living in urban areas globally and Nigeria is expected to add over 200 million people to its cities in the next 40 years, more than tripling the size of its current urban population. Transportation is an important segment that needs to be reimagined given this rapid population (and urbanisation) growth. So what can the Nigerian government do?

Well, they can leverage the many policy instruments available to them starting with public ownership. According to the NTP, Nigeria has a total of 193,200 km of roads, made up of

Subsidies are another useful instrument. The road transport and logistics segment is a capital intensive space and so policies seeking to promote services or infrastructure that the private sector is unwilling or unable to provide may be made commercially viable with the aid of subsidies.

The government also needs to invest heavily in improving its research and development (R & D) capabilities, particularly because there is little to no data on anything and what is available is debatable (shading the NBS, btw). For context, this is the research page of the NIgerian Institute of Transport Technology. The most recent studies are from 2007 (the Lagos State Metropolitan (LAMATA) study). R&D is a vital source for innovation and the development of new technologies such as intelligent vehicles and intelligent highway systems.

Safety standards are also important to protect life and property as well as set a benchmark for future innovation. Operating standards are also crucial as well to prevent things like Uber driver strikes and bad labor practices. Finally, labor regulations are another useful policy instrument that the government should employ. While they don’t necessarily influence transport directly, as a policy they may exert a significant effect over the industry since it has an impact on the industry’s operating costs.

There is a lot of potential and room for growth in the Nigerian road transport market and regulation cannot be ignored as one of the key drivers of the segments’ growth. As it stands at the moment,  the so-called “giant of Africa” is dropping the ball and failing the many innovative entrepreneurs and companies leveraging tech to offer road transport services in Nigeria. 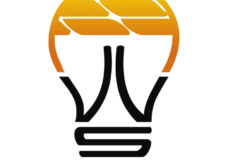 After spending a few years as a financial analyst and business writer, Victor Alagbe’s first contact with cryptocurrencies has led him down a path that could potentially revolutionize how thousands of Nigerians access energy.