How Blockchain Can Help Africa Build A Better Logistics Industry 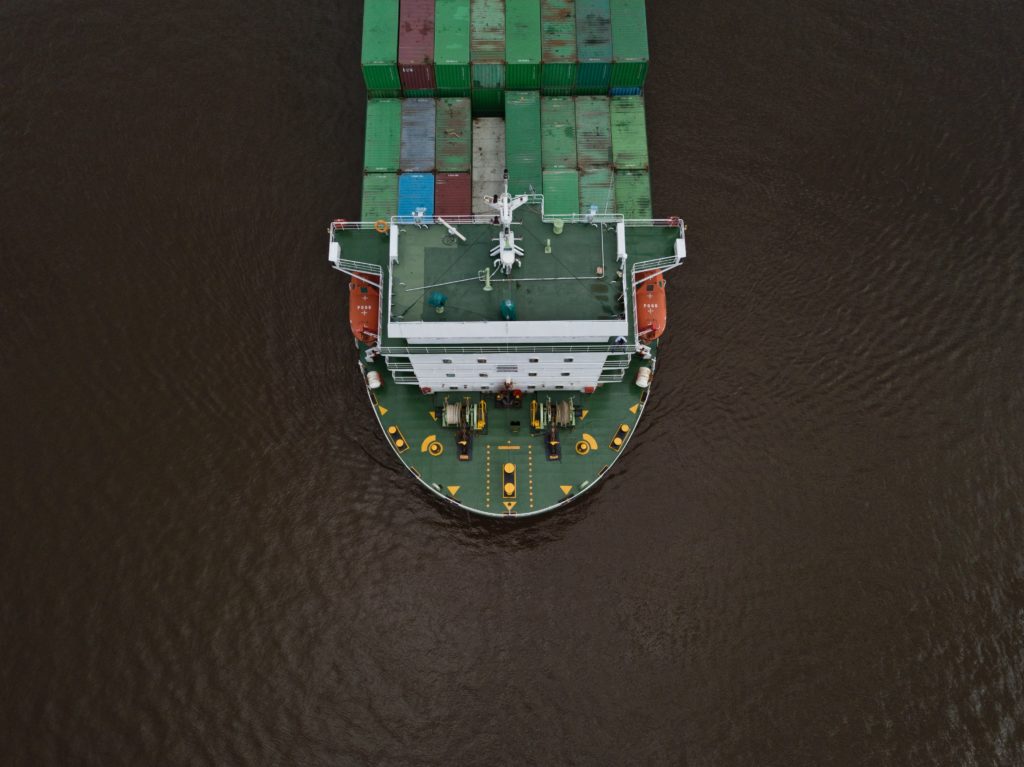 My colleague, Osioke, went out for Sushi with his friend the other day. The serving looked amazing and he thought, “I could do this more often as a way of treating myself.”

He didn’t realise he was thinking aloud until his friend said, “Ah, too much sushi is not good o, you know some of these fishes contain mercury.” That gives Osioke pause. “How will I now know that this fish doesn’t contain mercury?” he asks. “Well, some restaurants say where the fish you’re eating was caught.” his friend responds. “The fishermen tag the fish at the point of capture with key information about the fish and where it was caught. But most times the information is altered to save sales if the information shows the catch is off poor quality, or it is lost in transit.”

“Interesting,” Osioke thinks to himself. He becomes doubtful about the Sushi he has just eaten. He remembers a documentary he had seen fishermen tagging their catch (fish, crabs and the likes), and key information about them (location sourced from, chemical composition of the water, temperature etc) were stored within the tags and uploaded to an immutable and distributed database.

That information was then made available along each point in the supply chain, providing a transparent system where everybody knows, perhaps most importantly, if the fish is safe for consumption. Why isn’t this a thing yet? Osioke thinks to himself. Maybe he’ll ask at the next Sushi place if they know where his fish is from. Maybe not. He’s not decided about this Sushi lifestyle yet.

Bayo is a freight forwarder and he says his job is basically a living, breathing headache. “For each shipment, coming into the country, for example, I have to find a logistics company to pick the goods from the factory and take to a warehouse. Then I have to find a shipping line that has a ship headed this way, do a deal with them and then get the goods from the warehouse to the port,” he told me. “When it gets here, I have to do the whole customs bit, then hire another logistics company to get the good from the port to the clients location. And that is just me summarising – it’s much more complex than that. So many people to deal with and so much paperwork, it’s very stressful.”

But he recently found an article on blockchain and the logistics industry and he’s excited for the prospects. “I don’t really understand how it works exactly – it’s so complex and I’m working on that – but from what I understand it’s a game changer,” he said, his eyes lighting up. “I saw an example of an American freight company that was able to reduce the number of third parties in their supply chain by 30% and cut down paperwork by almost 60%!” Perhaps, he’s up to something.

Back in June, Nigerian health tech startup, Lifebank, launched a product called SmartBag. It helps patients and health providers discover the safety records of blood and blood products through access to information about all the processes involved in the supply of said blood. Everything is recorded on a blockchain, preserving its integrity, and making it immutable.

When I asked Lifebank CEO (and founder), Temie Giwa-Tubosun, the potential impact of the product, she said, “9% of the global population living with HIV are in Nigeria and we have the second largest HIV disease burden in the world with 3.2 million infected people. Between 5–15% of new HIV infections in Sub-Saharan Africa can be attributed to unsafe blood transfusions. This is a huge problem that SmartBag can help solve by providing unparalleled transparency in the bloody supply chain.”

So What Is The Point Of All This Story?

Whether it’s where your food is sourced from, how the sneaker you bought gets delivered to your house, or how the blood used in thousands of life-dependent operations is sourced, an efficient and less fragmented logistics value chain is better for everybody. Right now, it’s all too broken.

Currently, for an average international delivery there are about 20 entities and over 700 documents between the factory and the consumer. Many touch points aside, these kinds of deliveries typically take weeks and often arrive with some kind of defect. Supplier performance history and real-time freight capacity are difficult to track and payments are a mess.

Blockchain To The Rescue!

In an industry estimated at $8.1 Trillion globally in 2015 (~$28 billion in Africa in 2016), it’s only natural that technology is being considered in improving the industry’s economies of scale. There is already a lot of activity in this regard: earlier this year, a consortium of several organizations including AB InBev, Accenture, Kuehne & Nagel as well as others tested a blockchain solution in the ocean shipping industry and they were able to reduce the amount of printed paperwork by 80%.

In May, the world’s largest diamond company, De Beers, successfully tracked its first diamonds through the supply chain from mine to retail through a blockchain platform called Tracr. Meanwhile, Samsung, the world’s largest smartphone and semiconductor producer, predicts that crypto tech could save as much as 20% of all shipping costs. There’s also a Blockchain in Transport Alliance (which Salesforce and GE transportation are part of) and IBM estimates that blockchain will save the logistics industry up to $38 billion.

The Opportunity For African Startups

All of these belies a unique value proposition which blockchain technology offers to how we build more efficient logistics businesses in Africa where there are even bigger challenges like decadent infrastructure. It can help smoothen the processes at ports by reducing paperwork and making payments less cumbersome, help make the tracking and movement of drugs and pharmaceutical products much more transparent and customers can have more confidence in the sourcing and handling of the food they eat.

Transparency and traceability in the local supply chain will also benefit as well and transaction processes can be automated through smart contracts. Local logistics can also leverage the technology to deliver faster and leaner. Entrepreneurs will potentially be able to run better businesses, saving on operational costs, building life-changing products/services and dealing with fewer intermediaries. Some startups are already making serious plays in leveraging blockchain tech too as LifeBank and Kenyan logistics startup TMX Global have shown with the SmartBag and distributed freight database, respectively.

That said, blockchain is still a new kind of technology in many respects and it has its quirks. For all all the decentralized talk, individual entities can still build private networks that don’t necessarily conform to any general rules (because there aren’t any) or talk to other networks. Regulation is also still playing catch up (especially in Africa), perception of the technology itself is not great and industry standards are yet to come to maturation. Still, innovation cannot wait for all of that. It’s all about solving real problems for people and blockchain could be that hail mary punch that gets us closer to the logistical future we desire.