Lara.ng Is Getting People Around Lagos In A Way That Google Maps Can’t 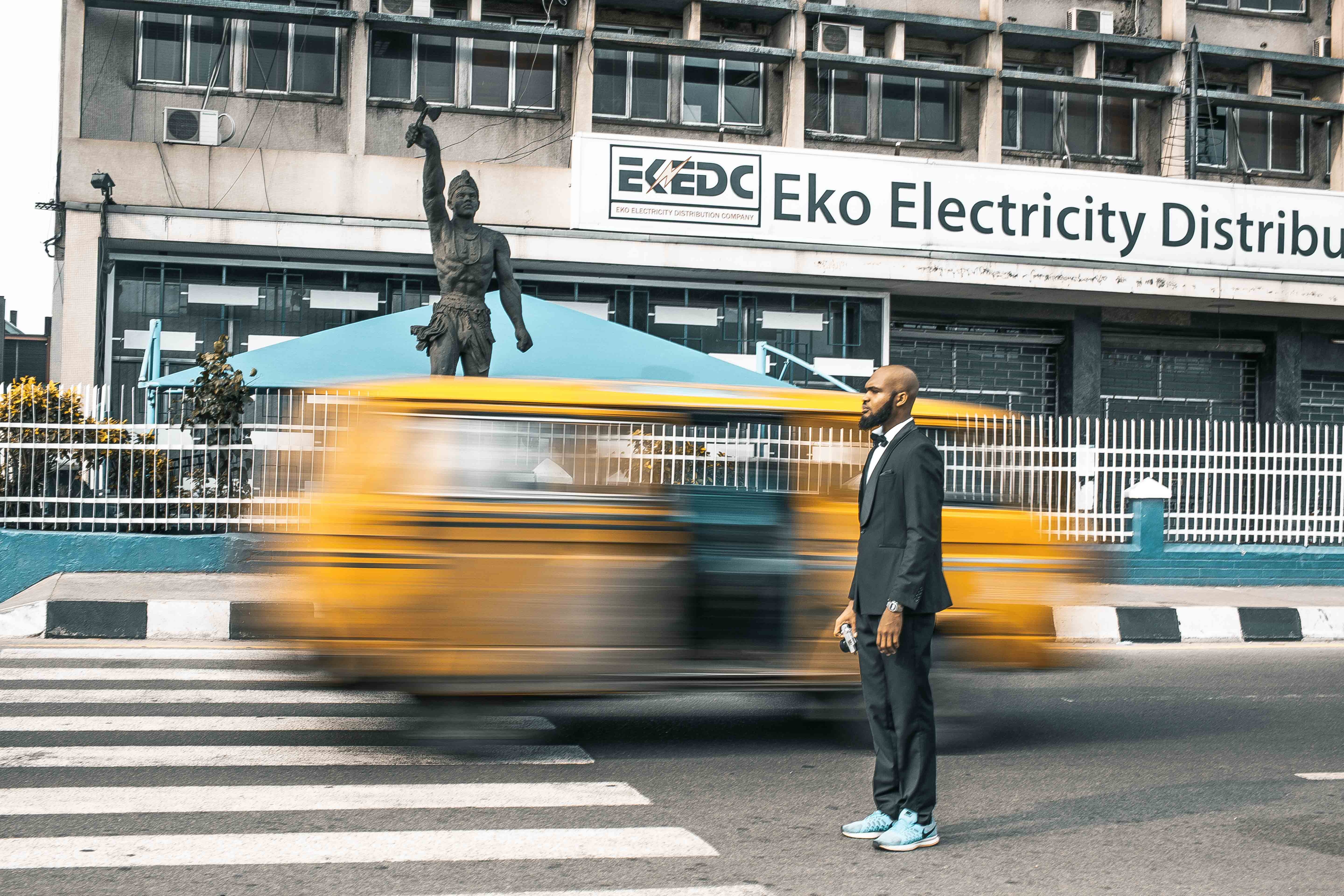 Photo by Temitayo Aina on Unsplash

The transportation problems in Lagos persist partly because the government hasn’t found a common ground between political will and the useful application of data. To provide useful public transportation services, it needs to be able to apply data – where it has any – in ways that ultimately make the life of the average Lagosian easier.  But the commercial capital of Nigeria is not out of options. The people at Lara.ng are building an interesting product that leverages new technologies like AI and Machine Learning to solve an everyday transportation need for the average Lagosian – and they have the data to get it done. Lots of it.

Their journey began in 2012 when, on a flight from New York to London, Lara.ng CEO Samuel Odeloye had a conversation with a stranger about getting around in London – a city they had both never been to before. It turned out, it wasn’t hard – London had a well developed road network and public transport system that offered tons of information at every point. This was possible, in part, because the UK government had data that could help it understand how people were using transport infrastructure and use that context to provide a more enriching, deliberate experience.

In comparison, Lagos, where Odeloye grew up, is a completely different animal. Its traffic jams suck the life out of you, the terrible roads threaten your life and getting around – as a tourist or resident – can be torturous. But Odeloye figured useful data that provided insight into mobility patterns and public transit dynamics could help make the maze that is Lagos a little less cumbersome to navigate. His chosen areas of focus? Public transportation and mobility.

In 2013, he partnered with Opeoluwa Bada who came on as CTO at the time (he left the company in 2015 for personal reasons) and software engineer, Nnamdi Nwanze, whom he had met at NYSC camp and served with at Bells University, to create MyRP, a mobility solution that offered driving and public transit directions in Lagos.

Data Collection and Version One

Over the next year they set about gathering and structuring data, mapping transit routes across different vehicle types, local rates, bus stops and other data points of interest. Odeloye said the data trove they acquired during that period would become instrumental in building Lara.ng.

They launched the platform in 2014 and together they built MyRP to ~12,000 social media followers and 1500 signups on the web app. But they were not making any money and finding a suitable business model was proving to be difficult. They even flirted with a model that involved people paying for directions, an idea they came up with after a meeting with Hotels.ng CEO Mark Essien in 2015. After an October 2016 meeting with a mentor at iDEA Hub, they decided to re-strategize and figure out another approach. By the end of 2016, they had phased out MyRP.

Armed with MyRP data which gave them an edge in understanding mobility patterns, insights into city planning and lifestyle trends of Lagosians, Odeloye, Nwanze and new co-founder Ladi Ojora launched Lara.ng in 2017. It is a mobility solution that offers driving and public transit directions in Lagos (like MyRP) but differentiated with the application of machine learning, artificial intelligence and a directions layer.

You could describe it as a text-based Google Assistant for public transportation in Lagos, with a WhatsApp-esque interface. The team drew on Odeloye’s product design and data acquisition chops as well as Nwanze’s machine learning expertise and Ojora’s transportation infrastructure management skills to build the product.

Lara.ng offers up public transit directions across transportation modes complete with price estimates – with an option to share or use a rideshare service, all in a conversational format. A user only needs to type in a query like “From Obalende, Lagos to Ajah Bus Stop” and Lara will provide step-by-step directions and price estimates. As this Twitter search shows, a lot of people find this very useful. Lara.ng is also built using Google’s progressive web app platform which makes it light and usable under slow network conditions.

Lara.ng’s proprietary data helps it understand the mobility patterns of its users, according to Odeloye. Thanks to machine learning, Lara.ng can understand how often a user plies a particular route, how much they spend on the average, their most visited places among other interesting data points.

The data Lara.ng has gathered so far also allows the team to gain unique insights into how city planning intersects with service delivery in public transportation. Ultimately, this type of data could help design better, smarter cities as well as efficient public transportation systems to compliment them.

Another interesting dataset from Lara.ng’s proprietary data trove are the lifestyle trends of users. They can deduce information like how often people visit cinemas for example, or the most plied routes during the rainy season. Of course, these data points offer up interesting advertising/money-making opportunities, which the team hopes to take advantage of at some point.

Building from the pocket

Up until a recent Facebook FBStart $25K grant, Lara.ng has been completely self-funded. Odeloye says they’ve had conversations with several investors but none of them have led to actual commitments, for a variety of reasons. He gave an example of a local investor who demanded insane returns in an even crazier time period for its investment. But they seem to have found an investor that they can work with as there could be a funding announcement in the coming weeks/months, according to Odeloye.

Lara By The Numbers

Hiring has been a major challenging aspect of running a startup like Lara.ng, said Odeloye. “We only just started hiring recently but its been very difficult to find good people that also fit our budget. Because we are a small, lean startup it is important that we get people that can hit the ground running quick and deliver quickly. Those people are either too expensive or not cut out for the work,” he said. This ties into an apparent lack of capable tech talent in the Nigerian market – a global problem that has led to the rise of startups like Andela and vastly documented by leading ecosystem players like CcHub.

Working with the government has been another particularly difficult challenge. Odeloye said they once tried to work with a certain Lagos State agency to better optimize the city’s BRT system but endless bureaucracy and bottlenecks led to the deal falling through – leaving the system to continue to operate in its current less-than-optimal state. In another instance, this time with the Independent National Electoral Commission (INEC), the deal was delayed so many times, they were only able to implement their solution – an INEC office locator baked into Lara.ng – two weeks to the end of voter registration. Thus, a lot of potential voters might have been unable to get their voter cards which in turn means they will be unable to participate in the contentious 2019 elections.

Bootstrapping a startup with the kind of offline data collection needs required to make Lara into a direction-giving, WhatsApp-style AI mobility assistant is not easy. Lack of significant investment to help achieve or aid certain short and long term objectives can be brutal on both a business and the psyche of its founders. “You need significant investment in regards to agressive & bullish marketing, hiring, product improvement and expansion – if you are serious about scale or making an impact. The lack of said investment means you grow slower, make less impact and maybe never scale,” Odeloye said.

While the idea behind Lara.ng may seem easy enough to comprehend, Odeloye said understanding how the platform works and the technology behind it is still a tough task for a lot of users. That could be a function of the level of technological proliferation in these parts or the evolving nature of AI and ML technology. Odeloye thinks it’s just a matter of time. “MyRP was way ahead of its time – that’s part of why we had to shelve it. If this was a different market, it might have picked up much faster,” he said.

Looking to the future

Lara.ng is launching in Abuja very soon and the team has lined up Kaduna, Kano, Port Harcourt and Ibadan as the cities they will be expanding their service to down the line, said Odeloye.

Beyond Nigeria, Odeloye preferred not to share too much but he did say that Nairobi and Accra are on the startup’s radar. They are also thinking of building a crowdsource-based contributory element to the platform which would let users contribute to the database a la Google’s Local Guides. Odeloye also says the team is working hard to create highly refined data points and create a user feedback loop baked into the platform.

When It’s all said and done

The opportunities Lara.ng’s investment in data collection open up for fixing the state of public transportation and mobility in Nigeria are immense. In spite of a disinterest in data collection and optimization by the powers that be, the value of deliberate data collection and application in building an efficient public transit system, or designing better, smarter cities, is there for all to see in the Lara.ng product. From infrastructure to city planning and mobility trends, a unique marriage of technology and data has the potential to birth a new age of socio-economic advancement in Nigeria. Lara.ng is proof of that.