BeatDrone Is Making A Business Case For Drones To Nigerian Regulators 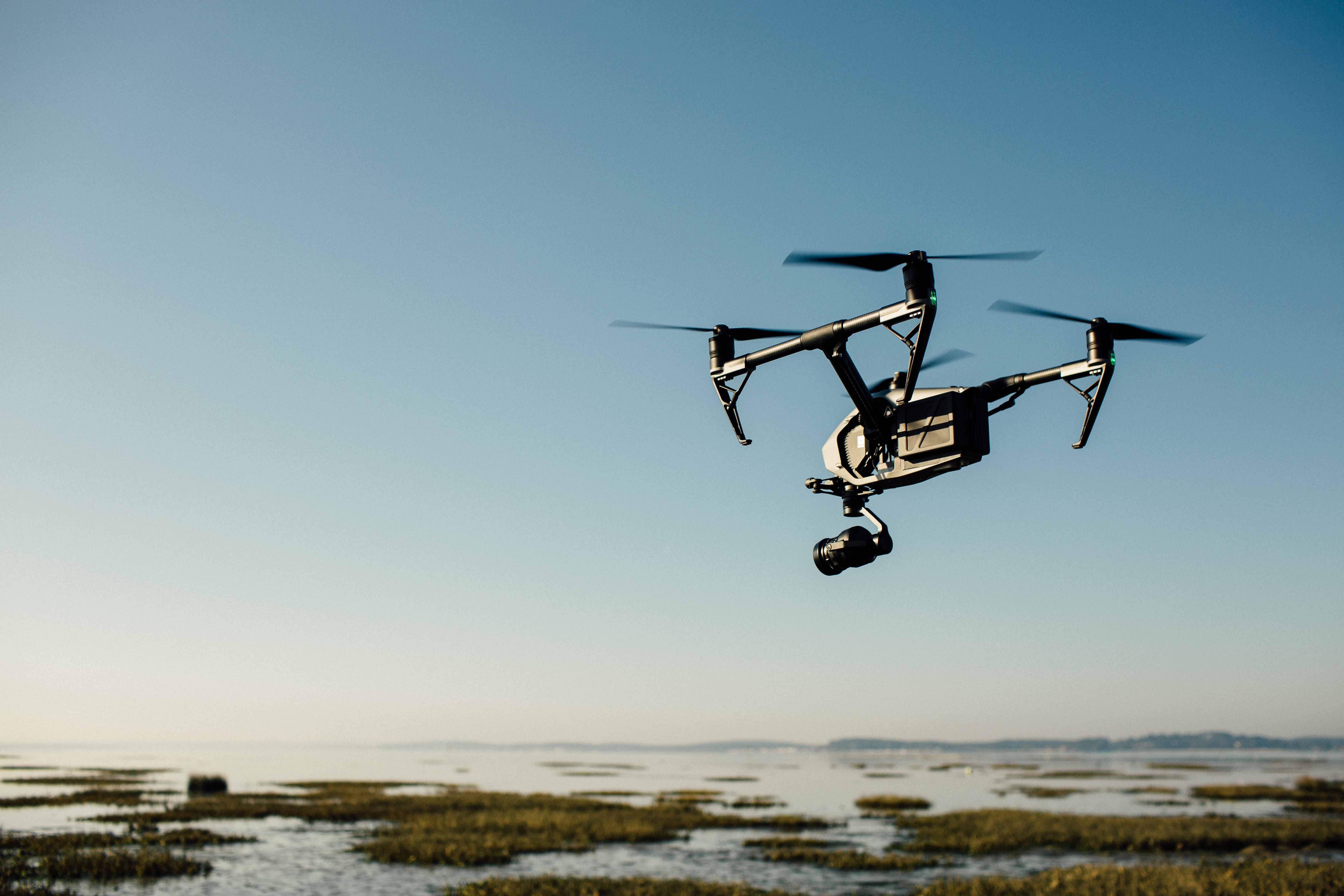 Photo by Bertrand Bouchez on Unsplash

You’ve seen drones before: at that December concert, at your friend’s wedding or at least when Nollywood movies slap in a drone shot before every indoor scene. Maybe the time you heard about drones was when the NCAA listed “realistic” demands for anyone seeking to fly drones and other UAVs within Nigeria’s airspace.

But that’s not why you’re here. You came here for some new information on drones, the business of them, and Nigeria – explained in an interesting way. So let’s get the obvious stuff out of the way: This story looks at the Nigerian drone space using BeatDrone as a lens. It is a Nigerian drone startup that uses its expertise in drone technology to offer services to farmers, infrastructure businesses and the oil & gas industry. BeatDrone’s president/founder Confidence Odionye was heavily involved in the creation of a soon-to-be released drone policy by the Nigerian government. Current state of drone regulation in Nigeria does nothing for innovation. And, drones are way more useful than the average (and not so average) person thinks.

Now, unto the story.

How did BeatDrone come to be?

BeatDrone President Confidence Odionye seems like someone that has the perfect blend of sensibilities from two generations. The man just says what he has to say and is ready to keep it moving. But he converses like he can just kick it with you at the club on one of those nights that are usually filled with bad decisions. Or scream Burnaboy lyrics at a concert. Maybe that’s just me completely misreading the guy.

Odionye got his National Diploma in Civil Engineering from the Yaba College of Technology (YABATECH) in Lagos. Afterwards, in 2013, he joined Passion Incubator, a technology incubator/accelerator that helps early stage founders validate their startup ideas and refine their business model, also located in Yaba, Lagos.

It was during his one-year program there that Odionye developed his first startup idea – BeatTraffik, a Lagos-focused traffic information platform, with help from Passion Incubator mentors like Mark Essien and Onyekah Akumah. BeatTraffik, launched in 2014, sourced its traffic information using drones to monitor high traffic areas across Lagos and then distributed that information originally through social media before securing partnerships to syndicate on TV and radio.

Unfortunately, finding a business model was hard, Google updated Maps with traffic information and maintaining value for consumers of BeatTraffik’s traffic information became difficult. Lag times between getting the traffic info from BeatTraffik to its partner TV and radio stations meant that the information wasn’t always as accurate as it could be. The real value was in providing real time information a la Google Maps, which was difficult for the startup to accomplish at the time. So Odionye and his team had to go back to the drawing board.

The answer came randomly: Odionye had met with a friend who shared a 102-page PwC report that had data on drones, the industry, use cases and the future. After poring through this document over the next couple of days, Odionye has something to take to his board. He gets approval and BeatDrone is born in January 2017.

“In the legendary words of Jason Njoku, “Whatever you do, don’t die.””

7 – the number of states in Nigeria BeatDrone operates in.

N3500 – Amount BeatDrone charges its farmer partners for its services.

40,000 – the hectares of rice farms BeatDrone currently has service agreements for.

But how does it work?

Relax. First of all, it’s all broken down on their website. But if you can’t be bothered, let me break down how BeatDrone works (or what it does):

It focuses on three segments: Agriculture, Oil and gas and infrastructure. In agriculture, it uses drones to offer services like crop supervision, mapping of farmlands and herbicide spraying which help to drastically reduce inspection times for farmers, cut down on expensive crop health assessment thus increasing harvest yield. Some entities it works in this segment include the Lagos State Rice Farmers Association, agritech startup FarmCrowdy, state governments.

Did you know offshore oil rigs typically have to be completely shut down for flare stack inspections? That’s millions of dollars of wasted time. But with a drone there is no need for that, saving companies millions of dollars in revenue. That’s one service BeatDrone offers in this segment. It also offers pipeline monitoring, surveillance and detection services. Yes, drones do that too.

In infrastructure it can do topography mapping for construction companies, map and identify dump/mining sites for mining companies, mast structural integrity inspections for telcos and inspection of large solar installations for renewable energy projects.

To deliver these services, BeatDrone relies on its drone expertise and soon-to-be 20-drone fleet. It’s fleet is important to the equation as different projects require different types of drones. For example, a herbicide spray drone cannot carry out pipeline inspections. BeatDrone also builds the software that it’s drones use in their operations and has a dedicated engineering team. It also plans to launch a drone-based crop counting software soon.

Why Should You Care?

Well, this is a publication about the business of innovation and technology and BeatDrone is a business innovating through technology. Okay, jokes but drone use is growing quite popular in Africa. In fact, the World Economic Forum (WEF) argues that Africa is taking the lead in fostering innovation within the global drone space.

From game reserve surveillance and animal tracking to vaccine delivery and agricultural use cases, drone use cases are picking up speed. Globally, it’s also a small, albeit growing industry. In the US, more than 300 drone startups have launched since 2000 and McKinsey estimates that commercial drones—both corporate and consumer applications—will have an annual impact of $31 billion to $46 billion on the US’ GDP. Goldman Sachs also expects the industry to become a $100 billion global market opportunity within the next five years. All of this indicates a large untapped market here in Africa where use cases have an incredible potential for social impact.

Unfortunately it’s not all good news as the regulation and infrastructure needed to facilitate a rapid proliferation of commercial drone service applications is lacking in most parts of the world, including the US and especially in Africa. Though the US has a Drone Advisory Committee, which includes regulators and industry stakeholders, it doesn’t have proper regulation in place to handle the advent of drone technology. In Africa, drones are outlawed in most countries with the exceptions of a few like South Africa, Rwanda and Malawi.

“The regulators are right to be worried about safety but it shouldn’t be at the expense of innovation or business growth. That’s why I think it’s important for startups to educate the regulators on the advantages of this technology and also be willing to self regulate in the meantime,” says Odionye. “There is a huge potential in this industry and all stakeholders have to work with the regulators to map out an efficient framework.”

In Nigeria, Odionye has been working with other stakeholders to lobby the Nigeria Civil Aviation Authority (NCAA), and the National Security Agency (NSA) on drone regulations. He told me a draft policy should be out before the end of the year or by January 2019, but for now startups are operating under an “Approval In Principle” (AIP) arrangement. Here’s what it’ll take to obtain a commercial drone license once the policy becomes law:

While this may not be the best possible way to go about drone licensing, Odionye reckons it’s a good start. According to him, there is at least one advantage to the complexity of the process: it will discourage bad actors early on and that is important in a country like Nigeria were institutional trust is scarce.

Beyond regulation, there are a few other challenges facing BeatDrone. “Power, or the lack of it, is one of our main challenges. These machines rely on battery power so they need to be charged regularly and the servers and laptops that process the data the drones capture also need power. We often find ourselves carrying a generator along for a project,” Odionye said.

Though it may be an aviation company (that’s what the NCAA categorises startups like BeatDrone as), BeatDrone still has to contend with Nigeria’s terrible roads. “We often serve farms in remote locations and getting to those places are usually tough. Most times we have to use multiple modes of transportation to get to these locations because the roads are so bad. This further compounds the cost of delivering our services too,” said Odionye.

But Odionye isn’t going to let these challenges stop him and his team. He said BeatDrone’s immediate focus is increasing its agricultural activities in the hopes that it can help ramp up food production as Nigeria’s population continues to balloon. Part of that plan involves covering ~1.5 million hectares of rice farms across Nigeria and they are just 40,000 hectares in. Beyond food production, it will also be looking to lock down as much market share as it can given the nascent nature of the commercial drone industry in Nigeria.

But they’ll have to contend with other Nigerian startups hoping to stake their claim in the market. Arone is an Enugu-based startup currently incubated at the University of Nigeria-owned ROAR Hub building their own drones and looking to focus on healthcare logistics (they’ve already signed up 33 blood banks), Zipline is also looking to capitalize on its success in Rwanda and has begun talks with federal and state regulators in Nigeria and there is Aerialdrones Technologies, an enterprise drone data service and full service remote sensing company based in Nigeria and the UK (they are an alumni of AirBus’ BizLab program).

Building a business based on emerging technology, in an industry still in its formative stages in Nigeria’s unforgiving business clime is herculean, to say the least. But Odionye and his team are willing to do the work. They have dedicated themselves to the pursuit of validating and justifying the commercial use of drone technology in Nigeria, all while standing at the frontlines of critical regulation. They may not be the best people to prosecute this, or even be bothered to do so, but somebody has to do it. In the end, that’s all that matters – that the work is being done.