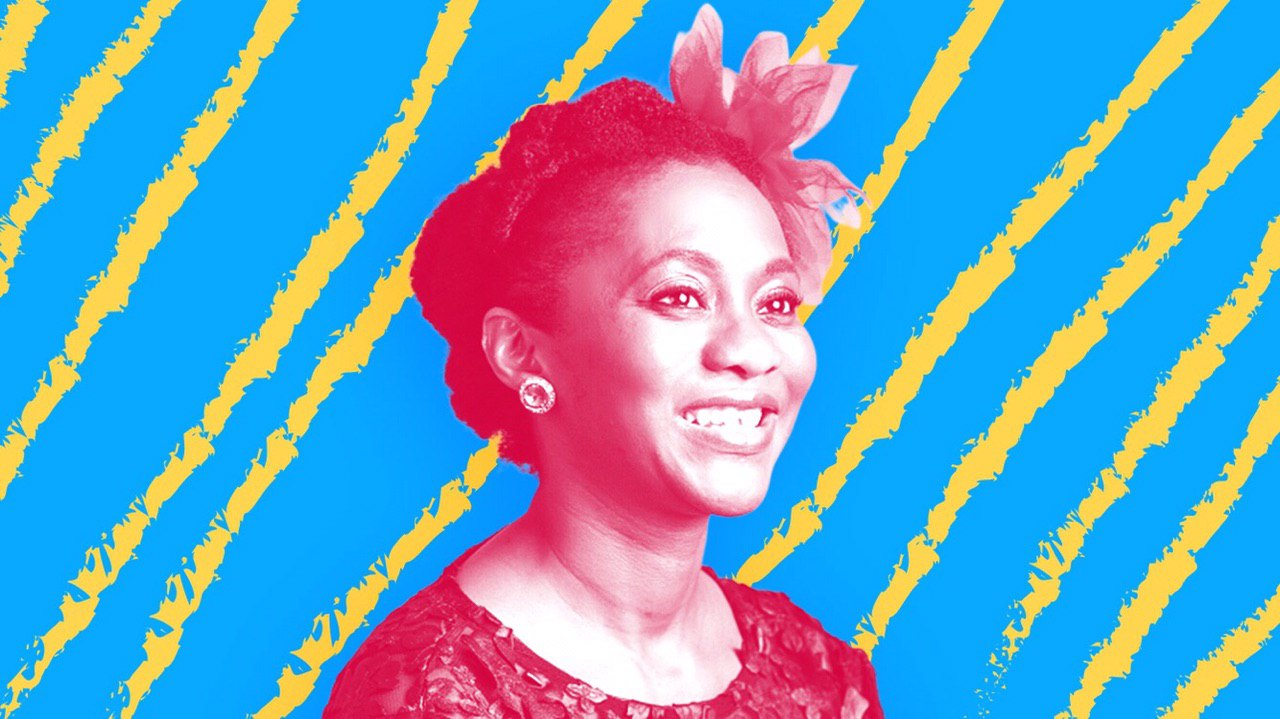 If you were born to an electrical engineer father and civil engineer mother in post-independence Nigeria, chances are, you were expected to take after your parents by aspiring to become an engineer, with the only question being which specialty you’d pursue. Oreoluwa Somolu-Lesi, founder of Women’s Technology Empowerment Center (W.TEC), one of Nigeria’s foremost women in tech initiatives, decided on economics instead. But even as an economics undergraduate, her parents’ engineering backgrounds and her father’s love for gadgets had rubbed off.

From tinkering with games on a Commodore 64 to learning to programme in BASIC, it was Oreoluwa’s undergraduate business typing essays and assignments for students that lit the first spark about how women could use technology to create economic opportunities. Since 2008, through W.TEC, she has enabled more than 20,000 young women and girls acquire digital skills and knowledge necessary to compete in a tech-driven world. Volunteering first at secondary schools, teaching basic computer skills to girls after school, it wasn’t until she applied for–and won–a grant that the W.TEC initiative was born.

Explaining tech’s gender gap to people in 2008 was much more difficult than it is today. “It was quite tough because at this time hardly anyone was doing it,” she tells me of the initiative’s humble beginnings. “Of course, Paradigm Initiative was there but they worked with both young men and women. At this time, I didn’t know any other organisations in Nigeria that were working with girls exclusively.”

Web founder, Tim Berners-Lee, inspects a python programming project during his visit to W.TEC as part of the Web Foundation’s Web@30 tour in March 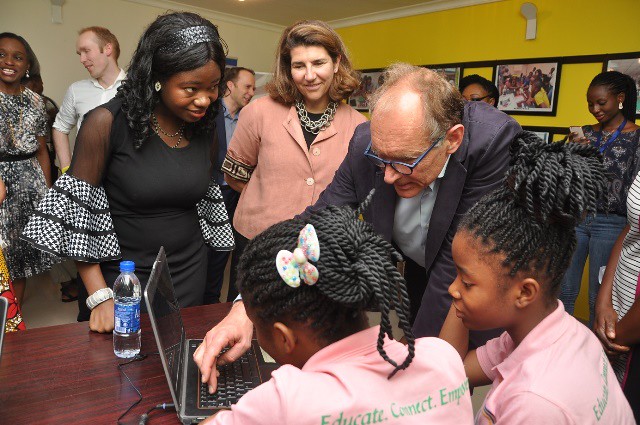 She would later learn about two initiatives, Women in Technology in Nigeria (WITIN) and WAAW Foundation founded in 2006 and 2007 respectively, although the latter ran operations mostly outside Nigeria. There were a few other initiatives prior to 2006, but many did not understand the need for a girl-focused tech initiative. Those who did see there was indeed a gap in the representation of both genders argued that it resulted from a lack of interest on the part of the less represented gender. As a result, a lot of the activities of W.TEC at the beginning were centered on highlighting the gender gap. There was also work towards enlightening girls about the industry and how they could exist and thrive in it.

“There were people who just didn’t get it or feel it was important. There were those who did not want to get involved with the women empowerment thing. Now, it’s a lot more accepted but back then, it was difficult.”

But changing the perception of parents and caretakers was only one hurdle. After the initial grant that kicked things off, additional funding didn’t come for the next three years. Many of the initiative’s projects were self-funded.

W.TEC now runs several  programmes, at the core of which are the She Creates Camp, a residential and non-residential STEM camp for girls in secondary school, and W.TEC Academy, an afterschool club which provides a weekly continuum for girls to consolidate everything they’ve learnt in the camp and continue to instill confidence in their technical capabilities. This year, four camps will take place in Lagos, Ilorin and Anambra state. The after-school clubs, which started off in Lagos, is also ongoing in Anambra and despite being the most cost-intensive, the after-school clubs, she says, are the most effective.

Girls listen during an ongoing class at a 2018 She Creates Camp in Lagos, Nigeria 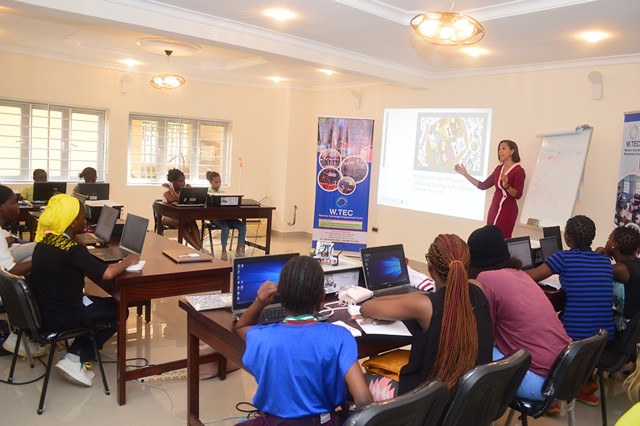 “We’d like to do more in other parts of the country,” she tells me about what a W.TEC expansion would look like with the right funding and increased capacity.

“We’re also looking at research projects. We’ve been collecting data from our different programmes and it is very important to put those together to create and put out well-done research projects.” And there’s a need for this data especially for advocacy and policy formation around gender representation in the industry.

Since 2008, more initiatives have sprung up to tackle gender representation in tech through training and mentorship programmes. One challenge yet to be dispelled, however, is that these initiatives are clustered in Lagos. More than half of the 32 initiatives captured from our findings have operations headquartered in Lagos.

A model that could work to spread impact more evenly, Somolu-Lesi says, is one that was instituted during the regime of Dr. Omobola Johnson as Minister of Communication Technology–a nationwide girls club called Digital Girls Club. Piloted in 12 schools in each geopolitical zone and further scaled to reach more schools, a robust curriculum was developed and hosted on an online portal that teachers could access and use in their respective schools. However, the project was challenged by poor internet infrastructure and a lot of times, lack of hardware, which she says are sometimes available but lying dormant. Alumni networks were and remain very vital disseminating tools, she adds. 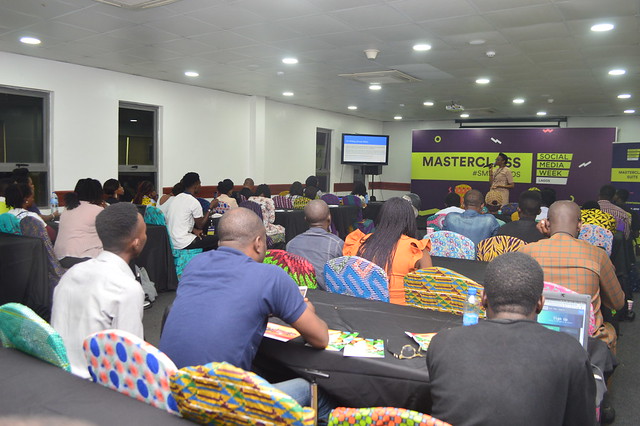 Heading an initiative like W.TEC, for Somolu-Lesi, is a constant balancing act. At the time when the initiative began its operations,  she was yet to start her own family and had devoted all her time and energy into nurturing the new initiative. By the time the responsibilities of marriage and motherhood came calling, she had built a sturdy team and could delegate tasks, but was still doing so much herself. “I really just couldn’t manage everything. Some days, it felt like I was going to explode.”

She’s since learned to be bullish about delegating tasks, and as someone who’s big on ticking things off a to-do list, to accept that there’s always something that will be left undone because truly, the work–to achieve gender balance in the tech industry–never stops.