Econet’s Kwese Play Not Officially Shutdown. But its Future is Highly Uncertain 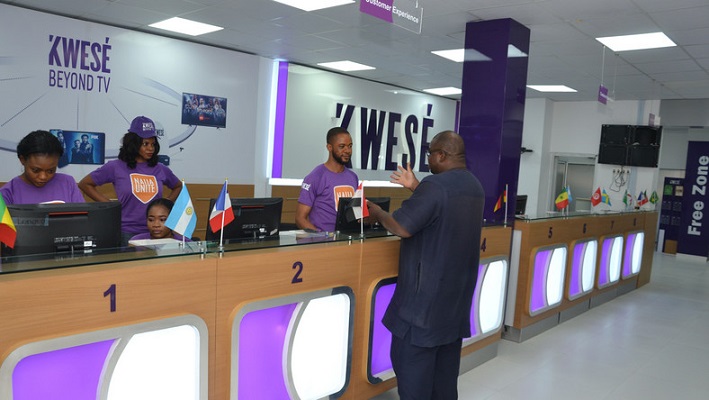 On 2 July, 2019, users of Kwese Play started receiving an unsettling error which said: “Econet no longer offers Kwese Play”. Verbatim, the error suggested that Econet, which owns Kwese, had stopped providing the service. Kwese acknowledged this error last Tuesday. It called it unexpected and said it was working to resolve it. 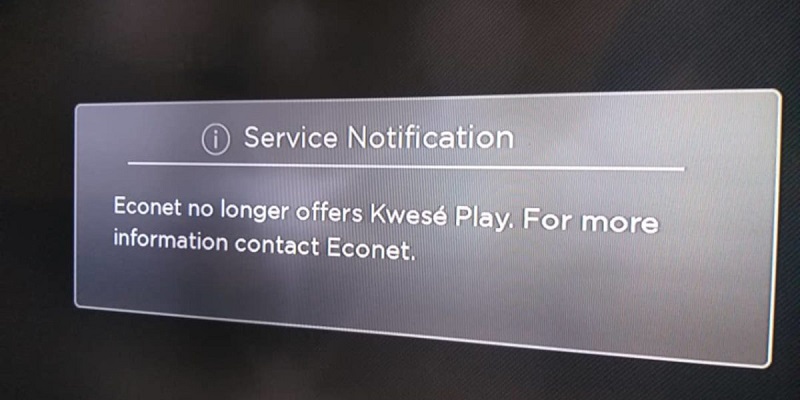 This has sparked speculations about the fate of Kwese Play, with many reports claiming the service has been deactivated by Econet Play.

A second issue fuelling the recent speculation was from Kwese’s partner, Roku. Roku is a device that allows users to stream content on internet-enabled TV sets. Kwese Play relies on Roku’s streaming platform to provide content to its subscribers. But on Tuesday Roku issued a statement saying “Econet is shutting down the Kwesé Play service and is no longer working with Roku”. It provided no further details on this.

Both issues have influenced media speculation about what is going on at Kwese.

It also did not help that on Wednesday last week, Kwese was placed under administration. According to Business Day SSA, Econet Media which owns Kwese, placed the business under voluntary administration to allow it to negotiate its debt.

Yet, judging by these, it is obvious that there are nervy things unravelling at Kwese at the moment, some of which could have long term impacts.

Chichi Nwoko, Nigeria Country Manager of Kwese, spoke with TechCabal and provided some insights about what is going on at the company.

Ms Nwoko didn’t deny that Kwese is having issues with its partner, Roku. She disclosed that Roku “unexpectedly ceased the service without giving us prior warning.” When asked why Roku cut-off access to its platform, Ms Nwoko said “we don’t know”. She says the move was surprising because Kwese’s license agreement with Roku is still valid for another three years.

We reached out to Roku on this, but the company reiterated its official statement from last week: “Econet licensed our platform to deliver the Kwesé Play streaming service to its customers. Econet is shutting down the Kwesé Play service and is no longer working with Roku. For more information contact Kwesé/Econet”.

“We are in discussions with them on this and determining if we can bring back the service”, says Ms Nwoko. “We will communicate with all customers as soon as this is resolved.”

The uncertainty in the above statement is amplified by the fact that Kwese does not seem to have a backup plan after Roku. When asked what options were available and if Kwese would switch to a different platform, Ms Nwoko said “everything depends on our discussion with them [Roku]. “It’s too early to speculate when we are still in discussions,” she added. 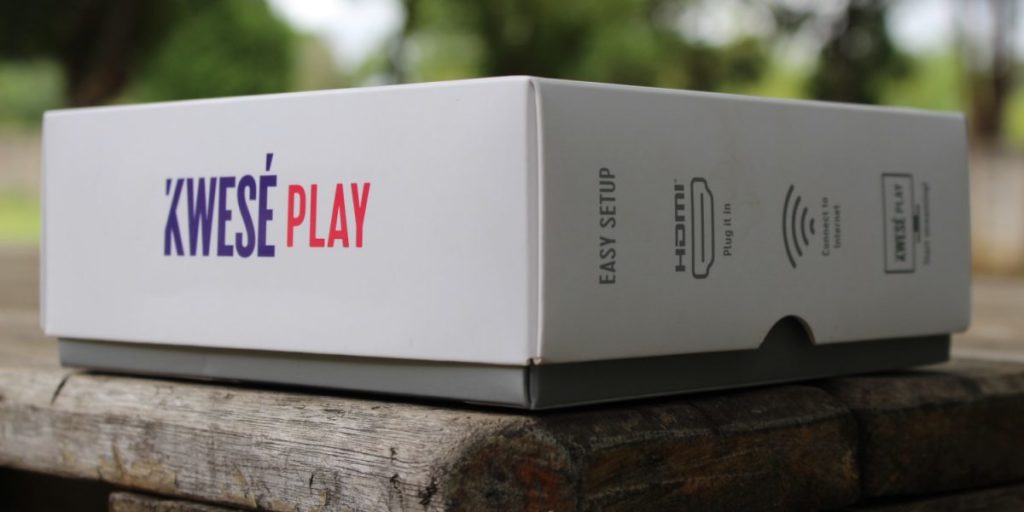 With over 29 million users, Roku is one of the biggest platforms for streaming on TV. Roku provides Kwese with the greatest customer reach, as other platforms like Chromecast and Apple TV, remain small or unknown in many parts of Africa.

“As a result of this partnership, we are able to offer our customers cutting-edge TV services at a low cost with easy-to-use Roku players,” said Joseph Hundah, Chief Executive Officer of Econet Media said in 2017 when both companies first entered the partnership.

However, with its removal from the Roku platform, it is not clear what direction Kwese Play could be headed. Failure to secure or successfully negotiate a deal with Roku could mean it has to use other TV platforms, like Amazon Fire and Chromecast. Ms Nwoko did not say if any negotiation has started in this direction.

“If it cannot be resolved”, she says “we will also communicate the next course of action for all customers.”

So from the looks of things, Kwese Play has a split chance of survival.

Meanwhile, users are beginning to question the company and whether they should continue using its services. Users are pointing out that when Kwese shutdown Kwese TV last year, it left users stranded with decoders that had suddenly become useless. A few users on Twitter have pointed out that Kwese Play’s current struggle is a repeat of Kwese TV. This could cause distrust from users regardless of whether the Roku negotiation is a success or not.

Now while the above issues capture the uncertainty at Kwese Play, this recent development comes at a time when negative news have emanated from Kwese, a company made up of Kwese Iflix, Kwese Free Sports, and Kwese Play. 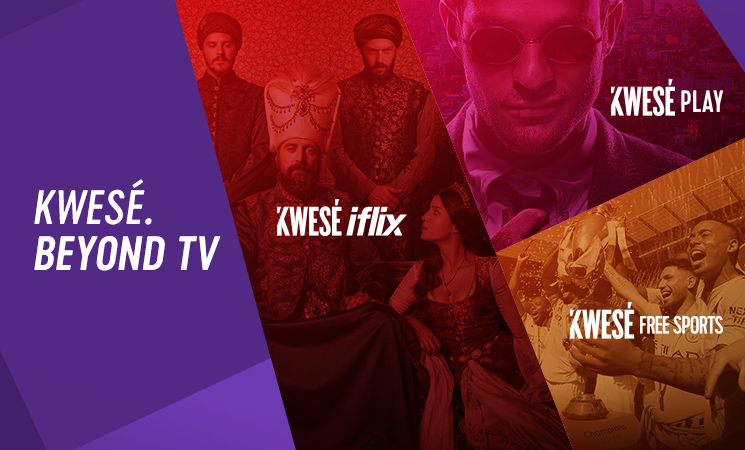 Last year, the company announced it had disconnected its pay TV service, Kwese TV. The service had only been operational for around 18 months until December 2018. At the time, the company said it wanted to “streamline” its operations by disconnecting the satellite TV service. The decision to shut down Kwese TV played into the narrative that Pay TV business is difficult in Nigeria.

But when Econet Media put Kwese under administration last week, it ignited speculation that all may not be well with the company. Technomag, a Zimbabean publication, claims Kwese owes its creditors over $130 million. 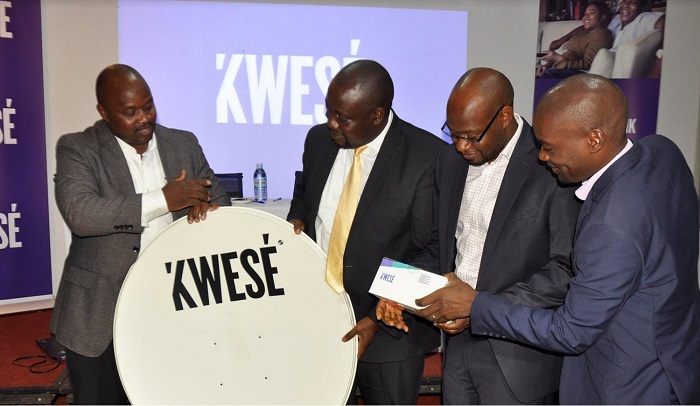 Kwese TV was shut down 18 months after it launched. Image source: Techweez

Ms Nwoko meanwhile says the debt crisis is related to Kwese TV, the free to air service closed in December last year. The debt is owed to content providers who delivered programming to its Kwese TV. She did not disclose whether the debt played any role in the shutdown of the service. However, it would not come as a surprise if it did. According to Jason Njoku, Chief Executive Officer of Iroko, a Kwese rival, “great content that people are willing to pay for is really expensive.” In perspective, Kwese TV racked up $130 million debt after just 18 months in business.

Yet, a better understanding about the situation at Kwese is missing due to the fact that statistics on its user base and financials are not public. For instance, last year, the company acquired the Africa operations of Iflix, the Asian competitor of Netflix. Financials of the deal was not disclosed. Although this acquisition represented an exit from the Africa market for Iflix, it also suggested Kwese had bigger plans for the continent.

The current situation however paints a different picture of Kwese’s future and present predicament. How it resolves the recent issue with Roku will reveal much about the future of the company.