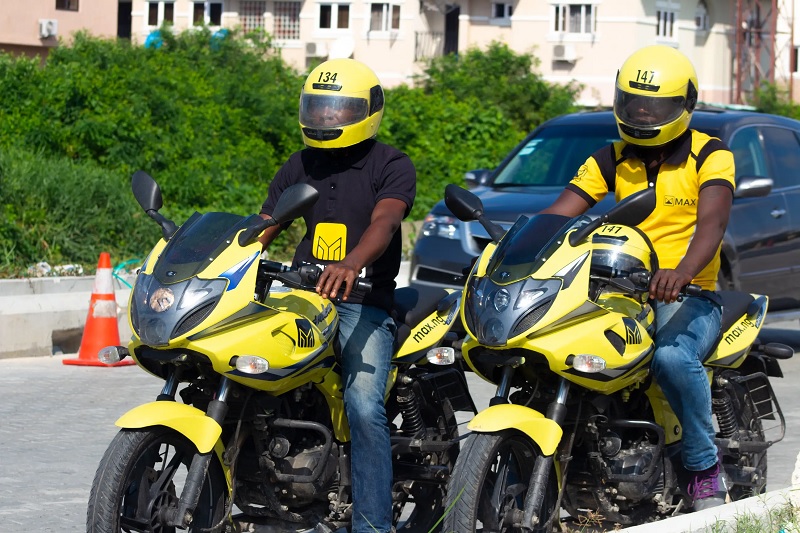 The Lagos State government is planning to introduce a new license agreement for bike hailing startups to allow them operate within the state. A source who spoke to TechCabal on the condition of anonymity said startups will pay a license fee of N25 million (about $70,000) annually per 1,000 bikes. A further N30,000 will be paid for each registered bike rider after the 1,000 mark.

Discussions about the proposed licenses are still at an early stage, another source told TechCabal.

“Yes it is happening,” the source said.

“Conversations are ongoing, but the discussions are not at a stage where anybody can say this is the official position. There are still a lot of moving parts and a lot of things could still change,” the source said.

Another source with knowledge of the license agreement revealed that the government started making moves in this direction three months ago.

We’ve reached out to representatives of each bike hailing startup for comments about this news. Gokada and SafeBoda declined to comment, while ORide is yet to respond. We’ve also reached out to the Lagos State Ministry of Transport for comment and are awaiting their response.

Is the proposed license good news?

Regulation has been a concern for bike hailing startups, with many previously disclosing that they would welcome government regulation in their industry. The proposed license agreement is a step in this direction. However, the financial side of the license is a slippery slope to future problems for the bike hailing business.

For instance, startups like Gokada and MAX already have over 1,000 bike riders each. With the proposed license agreement, they will both have to shell out $140,000 annually to the Lagos state government. That’s a considerable sum considering the size of their recent funding rounds and the fact that Lagos is just one state they operate in. 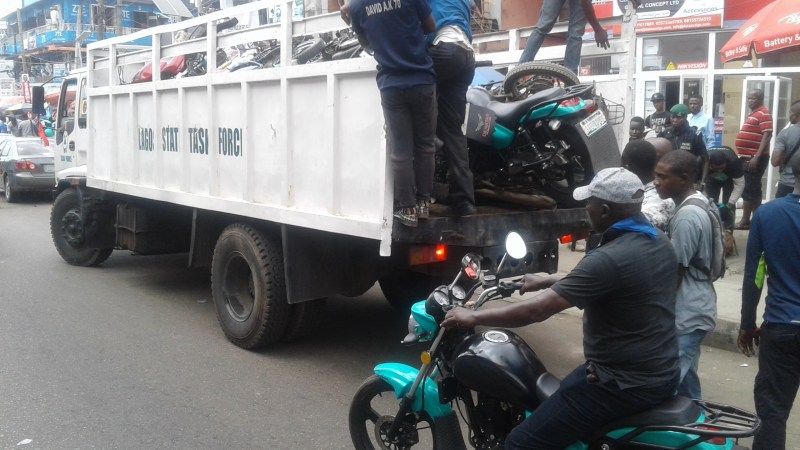 Bike hailing startups are operating in a regulatory grey area in Lagos. The proposed license offers a way out, but at an unsustainable N25m annual fee.

Expansion is on the agenda for every bike hailing startup. ORide, MAX and Gokada have already announced new operations in other parts of Nigeria.

But the proposed license agreement could create big obstacles for startups. If the proposed fees become a reality, it could encourage governments in other locations, both within and outside Nigeria, to follow suit.

The license fee could also discourage new players from entering the bike hailing market in Lagos. One example is Uber which has already launched its own bike hailing service UberBoda in countries like Uganda. The company has stayed away from the Nigerian market because of the uncertain regulatory environment. Brooks Entwistle, Uber’s Head of Global Business Development, disclosed earlier this month that the company is interested in this market but is watching developments closely. Lagos’ proposed license agreement could add to their previous reservations about Nigeria.

News of the proposed license fee comes at a time when riders affiliated with bike hailing startups have complained of rampant “extortion” from transport unions in Lagos state. Riders have revealed that road transport unions force them to pay levies in order to operate in the state.

This issue was brought to the fore recently thanks to a viral video on Twitter.

Lagos is definitely not ready for business.

Agberos right now stopping oride, gokada and maxng bikes in Ojuelegba.
They want the riders to pay N500 for a N100 ticket

My trip has been canceled pic.twitter.com/GhuEvENilc

On Wednesday, July 17, the video showed some ORide riders arguing with workers of the Nagari Nakowa Motorcycle Owners and Riders Association of Lagos (NNAMORAL), an affiliate of the Road Transport Employers’ Association of Nigeria (RTEAN). In the video, the bikers said NNAMORAL workers demanded N500 for tickets in order to operate in Surulere local government area of Lagos.

To be clear, paying for tickets is a standard, albeit exploitative, practice of road transport unions in Nigeria. In every state, all public transport drivers and bike riders are expected to buy tickets every day they operate. There are quite a few transport unions and associations in Nigeria; some of which include the Chartered Institute of Logistics and Transport (CHILT), Nigerian Association of Road Transport Owners (NARTO), Professional Transport Officers of Nigeria (PTON), National Union of Road Transport Workers (NURTW), and RTEAN. 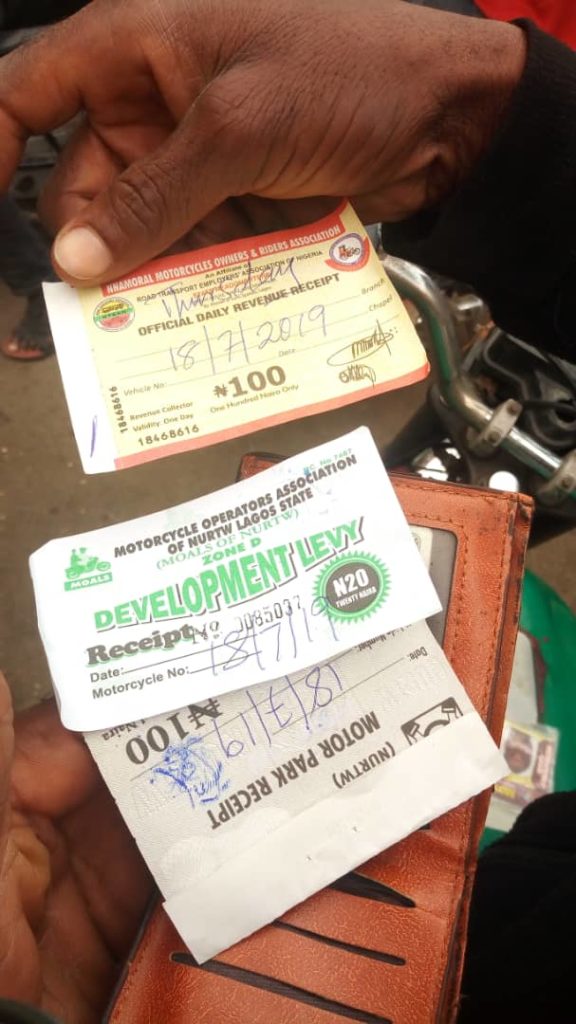 In Lagos, RTEAN and NURTW are the most influential, and they are also the only associations approved to register bike riders in the state.

But the issue here is that bike hailing companies are formal businesses registered with the government and already pay taxes to the state government. Due to their formal nature, these companies believe they do not need to register or pay daily fees to these associations in order to operate.

Nonetheless, bike riders affiliated with these companies say the realities are much different. They complain that these associations demand levies from them daily.

“Agberos (Area boys) [always] request that we buy tickets,” says John Yahaya, an ORide bike rider told TechCabal. To him, ORide registered with the government, so “how come about the tickets?” he asked.

“If we don’t pay the tickets, they’re not going to leave you. I don’t have any option, I have to give them. If I don’t give them, somebody [will] wait for me at the front,” Yahaya said.

“We are working with a company”, says Afolabi Olufemi, a Gokada rider. “I should not be paying money to these agberos,” he added.

Although the viral Twitter video came out on Wednesday, Yahaya explained to me that he has been paying levies for the last two months. To put things in perspective, ORide has been in business for just about the same time. “I have been working with this company [Gokada] for two weeks now and agberos keep collecting ticket money from me,” Olufemi said.

The issue of ticket sales is forcing many bike riders to boycott some locations in Lagos. Bike riders say they now steer clear of places like Surulere, Mushin and Egbeda to avoid paying levies to transport unions.

This parallels some complaints made by passengers that it is becoming difficult to find rides from and to certain areas of the state.

“When I see requests from these places, I don’t even bother to accept,” Olufemi explained.

Meanwhile, members of the RTEAN have justified their levies against bike hailing riders. We have “orders from our oga” to act, says a chieftain of the association in Ojuelegba, where the viral video was recorded.

The RTEAN official explained that selling tickets to bike hailing riders started in June. “We don discuss with our oga, so they don they buy our tickets now,” he said.

Another RTEAN official claims the bike riders buy this ticket willingly. “Most of these OPay riders were formerly okada riders,” he said. 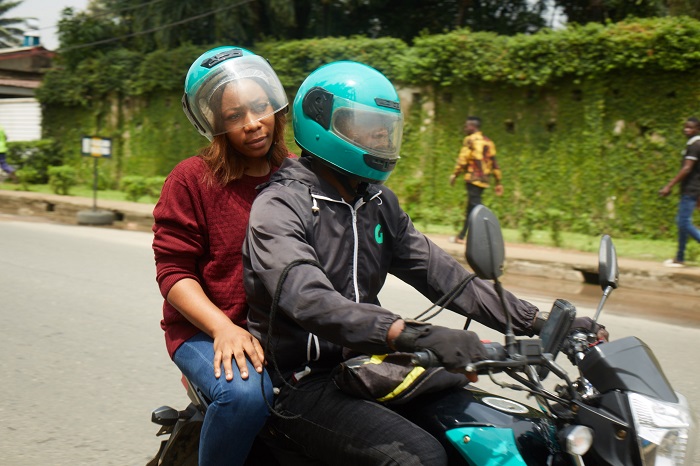 Some riders affiliated with bike hailing companies say they are now avoiding locations in Lagos like Mushin and Surulere.

“And they understand their payment that when you are going to a park to station yourself where your customers will track you down – you need to station [sic] somewhere instead of burning fuel up and down, that is why they are showing their understanding.” “It is not as if they are [sic] forcing them,” he added.

The proposed license agreement by the Lagos State government offers a way out for startups. It provides an exclusion policy that, in theory, stops transport unions from demanding ticket purchases from their riders.

However, for now, the license agreement is still being deliberated and no official deal has been reached. But for the time being, bike hailing riders would have to deal with the daily reality of buying tickets.